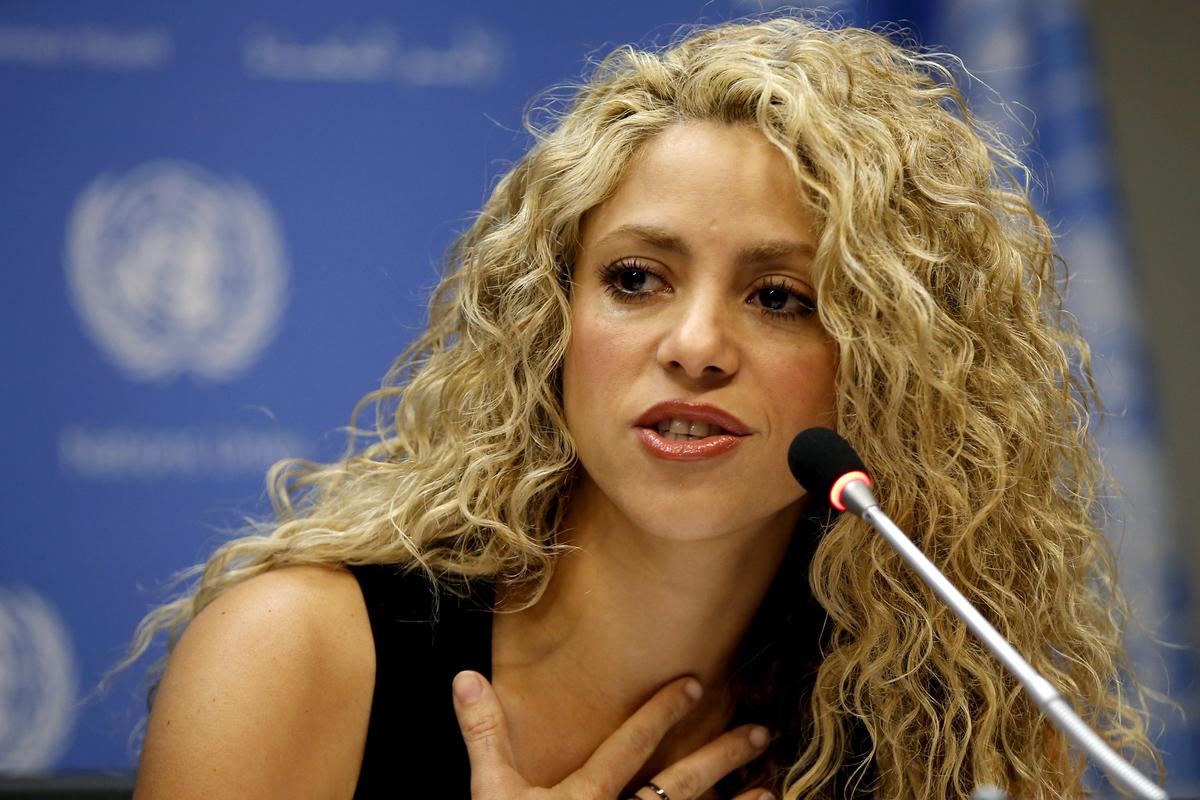 The Hips Don’t Lie’ singer, 45, is charged with defrauding the Spanish treasury out of millions over a three-year period between 2012 and 2014.

As well as an eight-year prison sentence, state prosecutors want the mum-of-two to be slapped with a 23 million euro fine (£19.2m).

Shakira is accused of pretending to live abroad to avoid paying tax despite moving to Barcelona in 2011 to be with her ex, Spanish defender Gerard Pique.

She has already paid out an estimated three million euros (£2.5m) to the Spanish taxman.

She is accused of using the illegal arrangement from 2012 and 2014, when she was in a relationship with footballer Gerard Pique who lives and plays in Barcelona.

The couple, who have two children together, split earlier this year amid allegations in local media that Pique had been unfaithful.

Shakira is said to have tried to rekindle the relationship twice but was rebuffed by Pique, before the pair confirmed their separation.

Despite the split, the couple seem to have remained on civil terms and have been seen attending their children’s sports games together.

A spokesman for Shakira said: ‘Shakira has always cooperated and abided by the law, demonstrating impeccable conduct as an individual and a taxpayer, and faithfully following the counsel of PriceWaterhouse Coopers, a prestigious and globally recognized tax firm.

‘Unfortunately, the Spanish Tax Office, which loses one out of every two lawsuits with its taxpayers, continues to violate her rights and pursue yet another baseless case.

‘Shakira is confident that her innocence will be proven by the end of the judicial process.’

Official residents in Spain pay Spanish taxes on their worldwide income.
People who spent more than 183 days in a given calendar year in Spain are considered Spanish residents for tax purposes.

Tax inspectors spent more than a year checking up on Shakira, even visiting her favourite hairdressers in Barcelona and checking her social media to try to show she spent most of the three years in dispute in Spain.

Shakira could be jailed for eight years and fined and fined £19million if convicted.

Nigeria, Algeria, Niger are planning to create Gas Pipeline to Europe as a result of Russia-Ukraine war

END_OF_DOCUMENT_TOKEN_TO_BE_REPLACED

“What do celebrities & influential leaders believe in?” As you know, celebrities and influential leaders are role models for young and old generations, and they can influence society and impact the world negatively and positively. Spiritual leader and multi-award-winning life coach Asim Aliloski has seen that successful people on top of their game have been searching for a higher power. END_OF_DOCUMENT_TOKEN_TO_BE_REPLACED

American rapper, Kanye West has reacted to the news of the end of the relationship between his ex-wife Kim Kardashian and Pete Davidson. END_OF_DOCUMENT_TOKEN_TO_BE_REPLACED

Prosecutors are reportedly asking the federal court to seize about $28K from R Kelly’s prison-inmate account since he has $140,000 in court-ordered fines. END_OF_DOCUMENT_TOKEN_TO_BE_REPLACED

Elon Musk has accused the social media platform, Twitter, of fraudulently holding back information about the company as part of a countersuit. END_OF_DOCUMENT_TOKEN_TO_BE_REPLACED