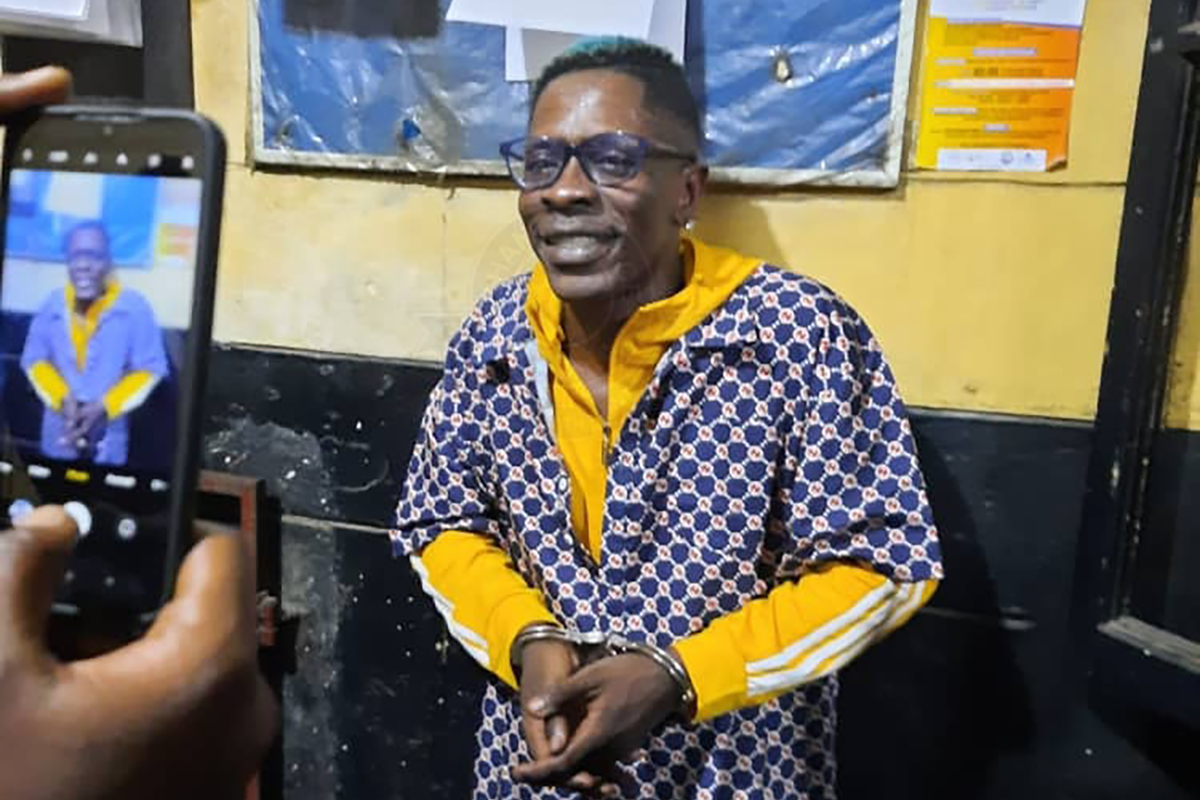 Self acclaimed “Dancehall King”  Charles Nii Armah Mensah known in Showbiz circles as  Shatta Wale has been fined Ghc2,000 by the Accra Circuit Court for falsely claiming he was shot in October, 2021

Shatta Wale’s fine comes after he pleaded guilty earlier today to the publication of false news, despite pleading not guilty to the offence earlier on in court.

The court, presided over by Emmanuel Essandoh, gave the “On God’ hitmaker an ultimatum to pay the fine or serve a three months jail term.

Shatta Wale was on Tuesday, October 19, 2021, arrested when he turned himself into the police after he was declared wanted for faking that he had been shot by unknown gunmen on Monday, October 18.

A series of Snapchat posts by his Personal Assistant known as Nana Dhope said the shooting happened at East Legon and Shatta Wale was being treated at an undisclosed hospital.

The police, after investigations, revealed they could not find the Dancehall King artiste after a thorough search and could also not find any evidence that he had been shot.

He was processed before court and remanded for a week before being granted self-recognisance bail of GHc100,000.

For the 6th time in 2022, Chief One has copped another major nomination! END_OF_DOCUMENT_TOKEN_TO_BE_REPLACED

Nigerian singer Kizz Daniel has been reportedly arrested by the Tanzanian Police for refusing to perform at an event. END_OF_DOCUMENT_TOKEN_TO_BE_REPLACED

Member of Parliament for the Dome-Kwabenya Constituenc, Sarah Adwoa Safe has penned a sweet message to her partner as they celebrate four years of marital bliss.  END_OF_DOCUMENT_TOKEN_TO_BE_REPLACED