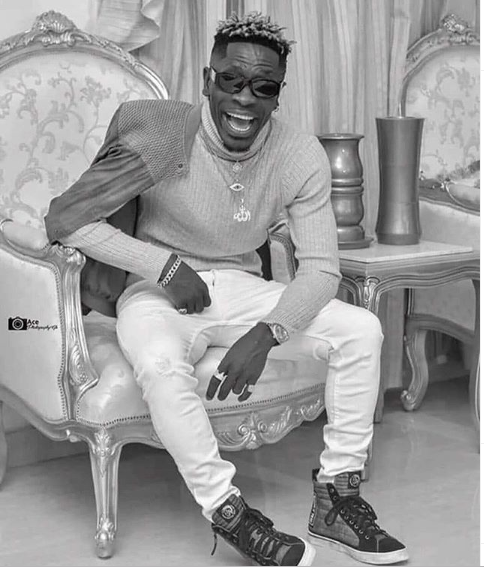 Self-acclaimed “Dancehall King,” Shatta Wale is still teasing his fans when it comes to features on his Gift of God (GOG) album.

The much anticipated album, whose release continues to delay, has fans of Shatta Wale worldwide at the edges of their toes as they wait to see the album track list and its features.

About four weeks ago, the “On God’ hitmaker shared with his fans the first feature on the album, “Papi” featuring Nigeria’s Naira Marley.

Since the announcement of Shatta Wale’s fifth studio album, the “GOG” album, fans have been anticipating a feature from the Queen Beyoncé herself.

While fans await for the confirmation of features on the album, Shatta Wale has fans going ‘gaga’ on Facebook as he reveals fans will be wondering how he got a particular feature on the album.

“They will be wondering how I got this feature 🇺🇸,” he shared on Facebook on Monday, July, 18.

For the 6th time in 2022, Chief One has copped another major nomination! END_OF_DOCUMENT_TOKEN_TO_BE_REPLACED

Nigerian singer Kizz Daniel has been reportedly arrested by the Tanzanian Police for refusing to perform at an event. END_OF_DOCUMENT_TOKEN_TO_BE_REPLACED

Member of Parliament for the Dome-Kwabenya Constituenc, Sarah Adwoa Safe has penned a sweet message to her partner as they celebrate four years of marital bliss.  END_OF_DOCUMENT_TOKEN_TO_BE_REPLACED