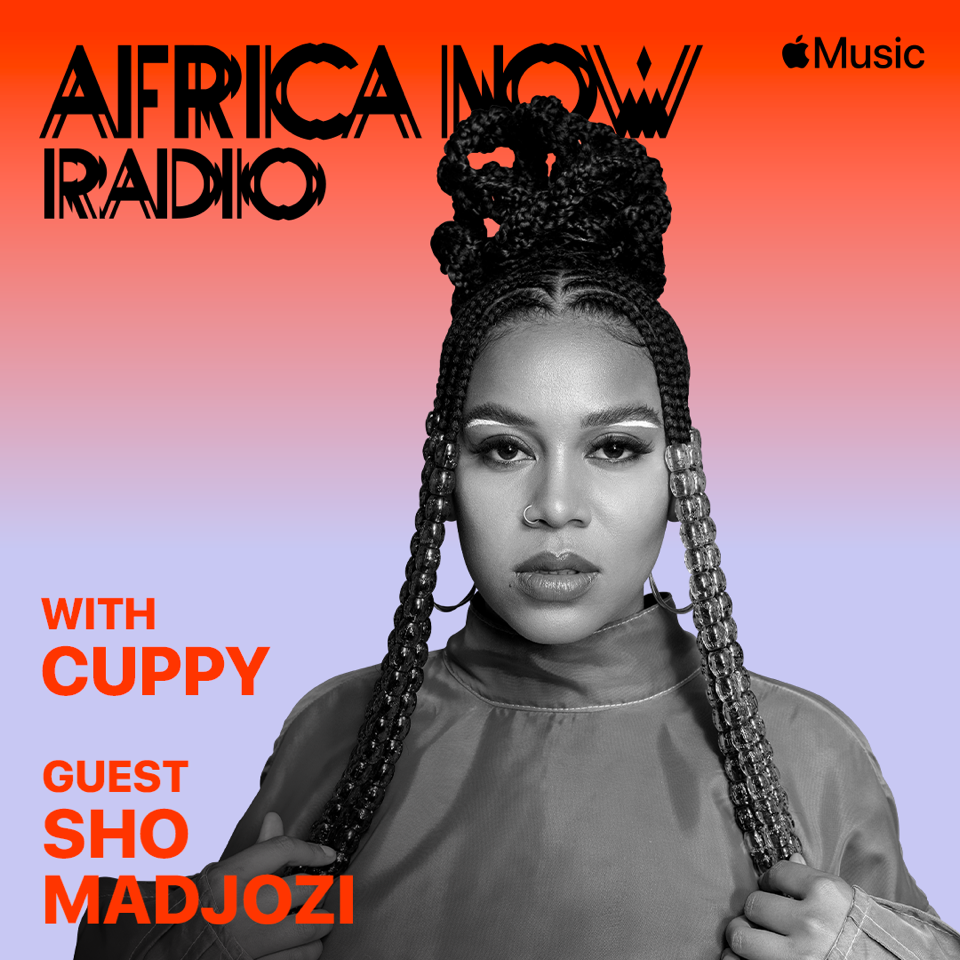 This Week’s Episode Features a Conversation With Sho Madjozi, the 5 Hottest Tracks of the Week, and Bisa Butler’s Favorite African Proverb!

Tune in to Africa Now Radio With Cuppy This Sunday, December 6th at 2p Lagos/London / 3p Johannesburg/Paris / 6a LA / 9a NYC Only on Apple Music 1.
Cover Star Interview
South African rapper, singer, songwriter, actress and poet, Sho Madjozi is this week’s cover star and joins Cuppy via FaceTime on Apple Music 1 to talk about her new mixtape ‘What A Life.’ Sho Madjozi teaches Cuppy the meaning of her new single “Jamani” and how she’s keen to get her lyrics onto Apple Music so people across the world will understand what she’s saying in her music.

Africa Rising
South African R&B newcomer Thando is this week’s Africa Rising artist, a campaign which shines a light on the next generation of African superstars https://apple.co/32v7zX4

Tune in and listen to the full episode this Sunday, December 6th at 2p Lagos/London / 3p Johannesburg/Paris / 6a LA / 9a NYC only on Apple Music 1 at apple.co/_AfricaNow

Sho Madjozi: Jamani is one of those words we use almost in every occasion. If I say, “Ah, Jamani you look so nice.” “Jamani” itself, I think it actually means “Dude.”

Sho Madjozi on getting her lyrics up on Apple Music

Cuppy: Half the time, Sho, I don’t know what you’re saying, but we love it.

Sho Madjozi: You know what I need to work on, is getting my lyrics on Apple Music, and I want to do that within the coming week because I think it’ll be really cool for people to actually find and really know what I’m talking about. And I think everyone that already loves it is probably just going to be like, “I relate to it even more.”

Bisa Butler’s proverb of the week

Related Topics:Sho Madjozi
Up Next