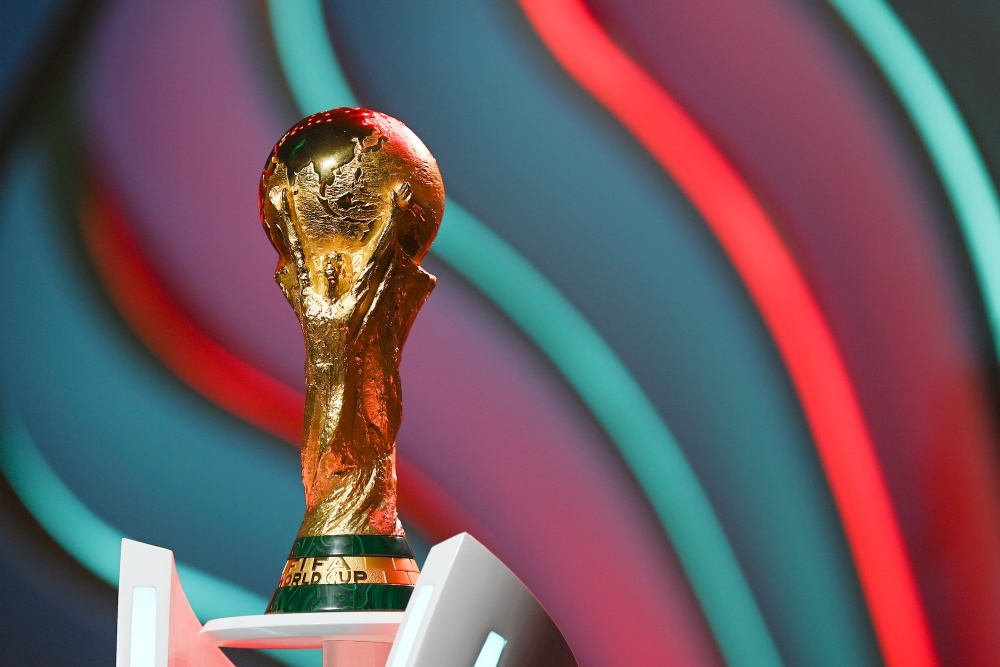 Sports fans around the world have begun the official countdown to the FIFA World Cup Qatar 2022, kicking off in November. This will be the first time the tournament is held at the end of the year and it makes its inaugural appearance in the Middle East.
The FIFA World Cup Qatar 2022 will be available to stream live on Showmax Pro with English commentary for subscribers across the African continent (Sub-Saharan Africa), courtesy of SuperSport. All 64 games will be available to stream from 20 November to 18 December, including the SuperSport studio presentation, half-time chats, wraps of the day and more.
The world’s best players will be on show in sport’s biggest spectacle as Showmax Pro brings the best coverage as well as offering a wide variety of magazine shows and documentaries to stream ahead of the tournament. Footballing excellence will be on display as top talents will be representing their nations with pride as they fight to go all the way. The games will take place at eight stadiums across five cities in Qatar: Lusall, Al Khor, Al Rayyan, Al Wakrah and Doha.
Read Also: Football is back on Showmax Pro! Here&#8217;s the Showmax Pro Premier League preview
Teams to watch
Brazil, the most successful team in the tournament’s history, will be closely watched as they hope to go back to the glory days. The number-one ranked nation according to the latest FIFA World rankings released on 31 March will look to add to their five titles led by an array of superstars including PSG’s Neymar Jr, Arsenal’s Gabriel Jesus and Real Madrid’s Vincius Jr, among others.
Reigning champions France will return, hoping to retain their title spearheaded by another PSG star in Kylian Mbappe: the 23-year-old netted four goals during their triumph in 2018. England will be hoping to improve on their second-place finish in last year’s UEFA European Football Championship, while eventual winners Italy will feel disappointed after failing to qualify for this year’s World Cup.
Africa will be represented by the national teams of Ghana, Senegal, Cameroon, Tunisia and Morocco. Ghana’s Black Stars, who were infamously knocked out by Uruguay in the quarter-finals in South Africa in 2010, will be led by captain Andre Ayew, who will be playing in his third World Cup having featured in 2010 and 2014. The Black Stars clinched their spot in Qatar by defeating Nigeria in a play-off in March of this year.
Documentaries and programming available now to stream on Showmax Pro in the build-up to the tournament include:
Series to watch on Showmax while you wait
Showmax Original Blood Psalms, the groundbreaking fantasy epic, follows a young princess in Ancient Africa as she battles a world-ending prophecy to navigate her people through ancient curses, long-standing tribal vendettas and the wrath of the gods. The first episode lands on 28 September, with new episodes dropping every Wednesday.
Trailer: https://www.youtube.com/watch?v=q0vCprK8nV0
Psychological thriller Diiche, a Nigerian Showmax Original, stars Uzoamaka Onuoha as Odiiche, a selfish starlet whose fiance (played by Daniel K Daniel) dies in suspicious circumstances. She sets out to exonerate herself and find out who killed him. Launching on 29 September.
Trailer: https://youtu.be/yikxDbEe-W4
On the international front, dystopian drama The Handmaid’s Tale Season 5 comes first to Showmax from 15 September, following June as she journeys to find her lost daughter while Gilead gains power in Toronto. Fans of The Wire should check out We Own This City, which takes us back to Baltimore in a climate of mass arrest and police brutality, and if murder mysteries are your thing, stream all episodes of Bosch, based on the Michael Connelly novels – the final season has just landed on Showmax.
October and November bring the long-awaited comedy series Minx, about a young feminist in the 1970s who joins forces with an unlikely publisher to create the first erotic magazine for women; and the second season of HBO’s multi-Emmy nominee The White Lotus, this time set at a hotel in Sicily with a new set of wealthy guests you’ll love to hate. Showmax is the only place you’ll find these top-notch shows.
Why Showmax Pro?
Showmax Pro is a streaming service available for Showmax subscribers in Africa that bundles the Showmax entertainment offering with music channels, news and live sports streaming from SuperSport.
Subscribers can live stream the latest seasons of the English Premier League, La Liga, Serie A, UEFA Europa and UEFA Conference leagues, as well as FIFA World Cup qualifiers and more.
The platform also offers a wide range of other live sports events including athletics, professional boxing, and the world’s biggest marathons. Visit showmax.com to learn more or to subscribe to Showmax Pro.
Join the conversation on social media by following and interacting on the below pages:
Related Topics:
Up Next

In an immature society culture is an import; for a mature one it is a native manufacture which eventually becomes an export. – Northrop Frye. END_OF_DOCUMENT_TOKEN_TO_BE_REPLACED

This Week’s Episode Features a Conversation With K.O, the 5 Hottest Tracks of the Week, Africa Rising and Dadaboy Ehiz’s Favourite Track of the Week! END_OF_DOCUMENT_TOKEN_TO_BE_REPLACED