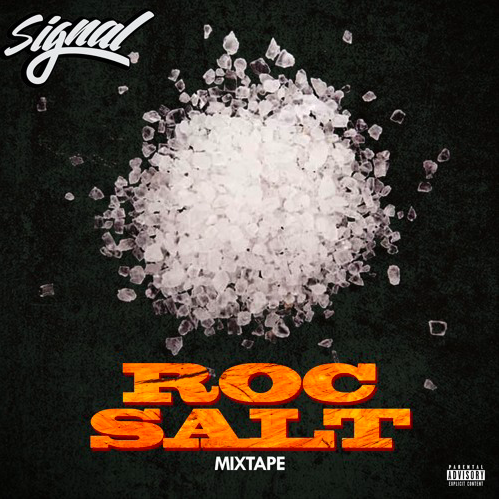 On the late hours of Wednesday 4th December 2019, Ghanaian International rap act, Signal announced his indelible penchant for Jay-Z as he celebrated his mentor’s 50th birthday with a compendium of hip-hop songs for his mentor. The album called Roc Salt Mixtape: denotes his respect for Roc Nations and the spiritual essence of rock salt.

This project is made up of 13 songs with no features whatsoever and beats shrewdly selected from hit songs from Jay-Z since his breakthrough in 1996.

Signal spits poetically on all songs and describes this project as confessional and candid; as he relentlessly portrays his thoughts on several subjects. Every title and arrangement on this tape is symbolic. The 13 songs symbolize Hov’s entire 13 studio albums to his name. Signal opines his favorite songs on the tape are: ‘Death Before Dishonor’, ‘Freemason’, ‘Menage trois’ and ‘Pave a way’.

Signal further attacks Lynx Entertainment boss viciously on ‘Death Before Dishonor’ as he explains gruesome label tactics of overexploiting musicians on his label and the curses they face after leaving Lynx Entertainment. This definitely not a hallmark of a good label. ‘Death Before Dishonor’ is definitely the best African diss track by all standards.

This album is a distinct hip-hop staple with about 12,000 visitors on his datpiff mixtape page.