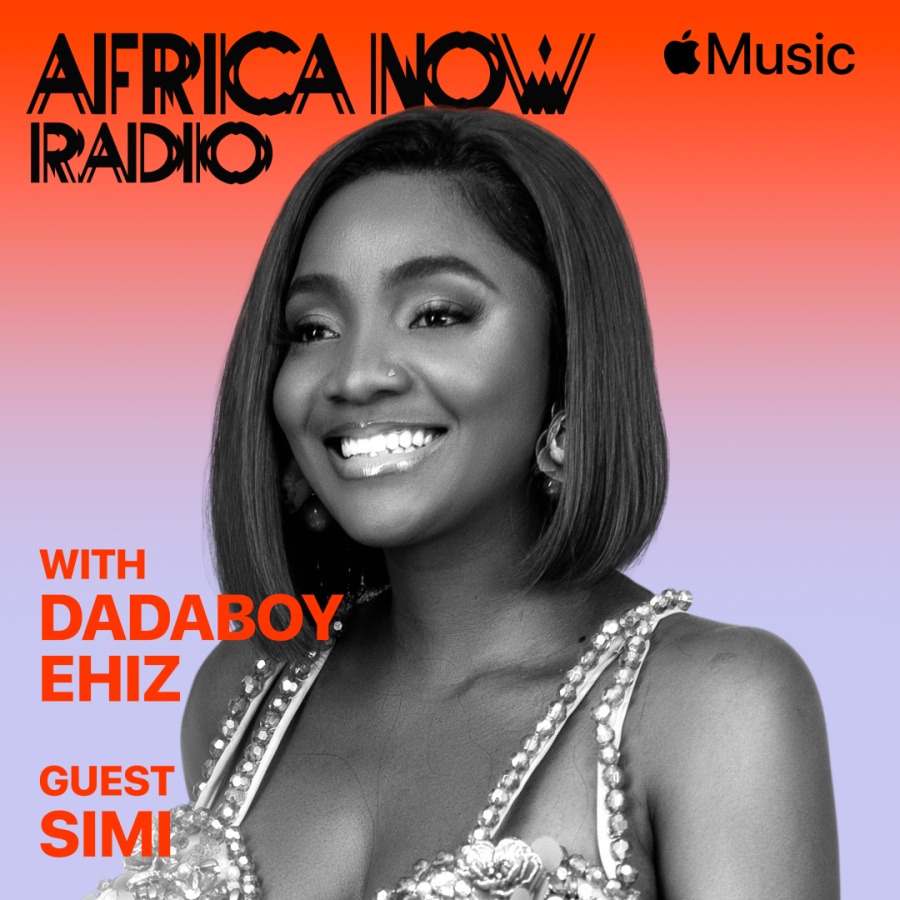 This Week’s Episode Features a Conversation With Simi, the 5 Hottest Tracks of the Week, Africa Rising and Dadaboy Ehiz’s Favourite Track of the Week!Tune in to Africa Now Radio with Dadaboy Ehiz this Friday, July 8th at 11aEAT/ 9a Lagos/London / 10a Johannesburg/Paris / 1a LA / 4a NYC on Apple Music 1

Nigerian singer-songwriter and actress Simi joins Dadaboy Ehiz via FaceTime on Apple Music 1 to talk about her latest collab with Adekunle Gold, “Balance.” She also discusses her new album, ‘Tbh (To Be Honest)’, her minimalist approach to collaborations, and why she doesn’t try to top her previous work.

Ghanaian Afrobeats singer-songwriter Lasmid is the latest artist featured from Apple Music’s Africa Rising playlist, a campaign which shines a light on the next generation of African superstars, and this week’s show features his singles, “Friday Night,” and “Sika (feat. Kuami Eugene)[Remix].” Listen HERE.

Tune in and listen to the full episode this Friday July 8th at 9a Lagos/London / 11a EAT/ 10a Johannesburg/Paris / 1a LA / 4a NYC on Apple Music 1 at apple.co/_AfricaNow

It took me almost 3 years, from conception of the idea to the actual release of the album.
It was the sound. I had the idea from the beginning, I knew what I wanted to say but for me I think the hardest part was “How do I want to say it? What sounds do I want to go with, or not want to go with?”

I did loads of writing and removing and adding, mostly because of the sound I was going for. There are lots of songs that also fit the idea but not the sound I was looking for, so just all of that I think was the hardest part.

Simi on the sound of ‘Tbh’

I just let my voice do a lot of the work – my writing here is more in-your-face, and more daring. It’s just more modern. I listen to this album and think “Damn, I did that,” so I’m really excited for people to hear it.

Simi on not trying to top previous music

When I’m working on a project, my goal is not to beat the last project. It’s not to top anything. I’m just trying to express something, so how do I want to do that.

The funny thing is that every project does different things for different people. For a lot of people, my very first mainstream album ‘Simisola’ was the thing that made them love me, so some of them have a hard time moving on from it, whereas some other people are excited to see me evolve and hear different sounds from me, so again it’s what am I trying to do? For me that’s the goal: when I’m trying to express something, how best can I express it? It works for some people, it doesn’t work for some people, and that’s ok.

Listen UP: Baaba J’s New Single ‘Outside’ Is A Glorious Celebration Of True Freedom

Atlanta rapper and Grammy nominated artist JID has announced the release date of his highly anticipated album, The Forever Story on Dreamville/Interscope Records. Fans who have been patiently awaiting The Forever Story can now pre-order/save the project here: https://JID.lnk.to/TheForeverStory. END_OF_DOCUMENT_TOKEN_TO_BE_REPLACED

Remember the name….Michael Star. The rising reggae artist, known for his sultry smooth vocals, continues to captivate audiences with his innate musical gift. On the heels of his widely successful single, “Tun Up,” Michael Star is back with the release of his highly anticipated second single, “7 o’clock” featuring reggae icon, Bounty Killer. END_OF_DOCUMENT_TOKEN_TO_BE_REPLACED

Fast Rising Kumasi based Artiste, Kobby Carter has once again hit Ghanaians with another banger dubbed ‘Money’ which promises to be a timeless banger. END_OF_DOCUMENT_TOKEN_TO_BE_REPLACED

Following the success of 2021’s ‘Moye’, dESH.DUBS has released yet another single off his forthcoming album today. Titled ‘DUBSTAR’, the new song is a combative Drill song with Afro-Reggae stylings to it, accompanied by calming guitar melodies, heavy basslines, and war-like lyrics which were seemingly inspired by the Drill music scene in Africa and the UK. END_OF_DOCUMENT_TOKEN_TO_BE_REPLACED

Today, internationally acclaimed, multiple-award winning British musician YUNGBLUD has released his latest single titled ‘The Emperor,’ out everywhere today. This triumphant and fierce new track comes with news that it is has been selected as the official 2022 anthem for ESPN’s College Football Season. END_OF_DOCUMENT_TOKEN_TO_BE_REPLACED