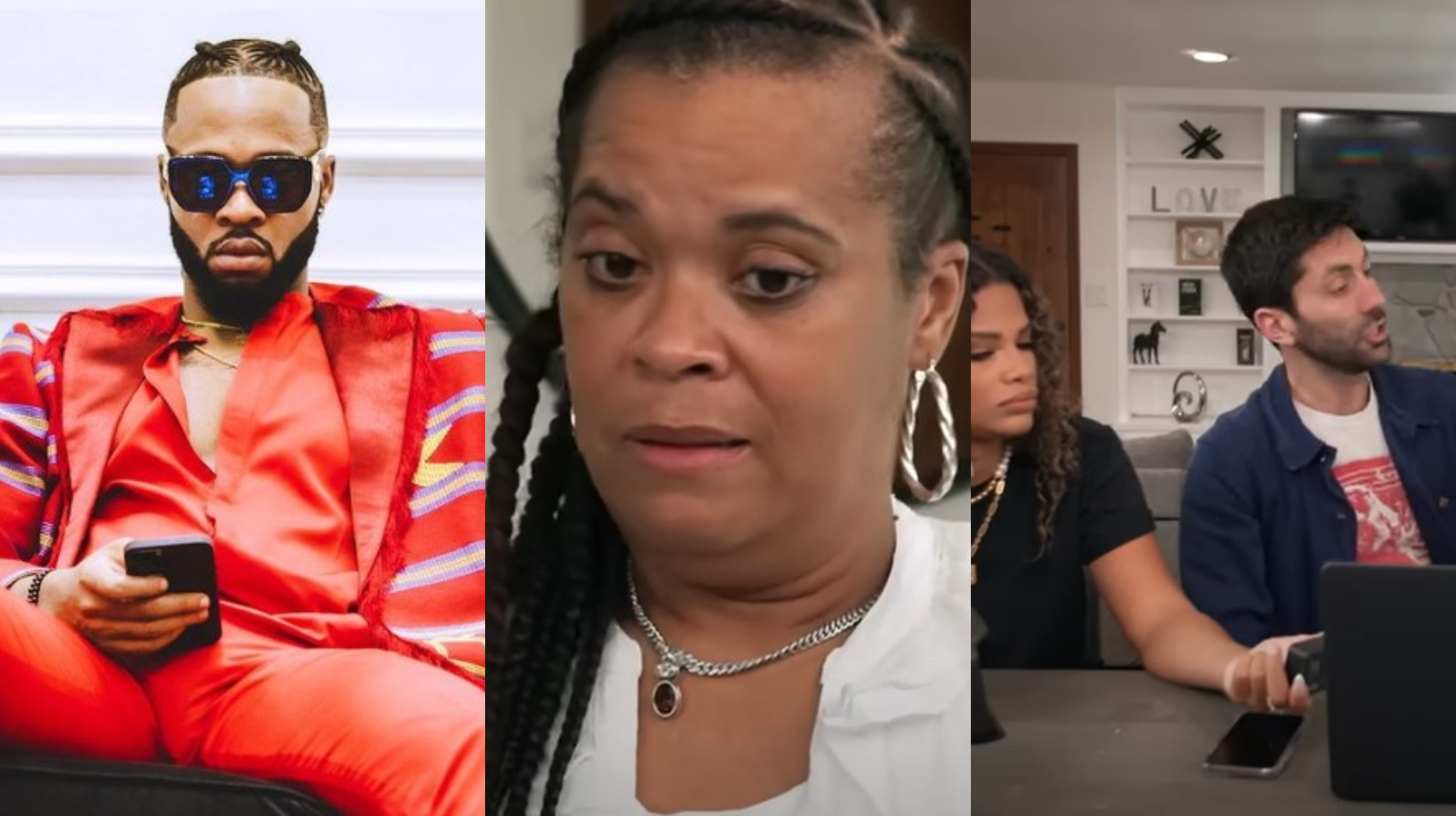 Nigerian singer, Flavour has created a stir online after appearing on Catfish, an MTV show dedicated to catching online scammers.

The music star was featured on the recently aired show after an American woman, Kimberly, was duped by another Nigerian posing as the singer.

A video recently circulated online showing Flavour on the show being questioned by the host about the woman who had been duped.

In the viral video, the show’s host, Nev Schulman, informed Flavour that for the past six months, a woman named Kimberly had been interacting with someone in Nigeria claiming to be him. Flavour appeared speechless when told why he was on the show and could only say, “Oh wow.” Schulman then instructed the singer to clear the air and inform the woman that it was not him with whom she had been conversing.

Read Also: I treat my girls well, I don’t know why they leave me- Shatta Wale opens up on failed relationships

To clear the air, Flavour informed Kimberly that he does not know her and that the person she has been chatting with is not him. “I don’t know her. I’ve experienced stuff like this. I’ve been to shows where fans have bumped into me and they be like ‘do you remember me?’ and I don’t. I feel bad because I don’t want anybody going through this kind of trauma because of me. All my accounts are verified. I don’t give out my personal information, I don’t talk to anybody, I don’t ask for money, that’s not me.”

I treat my girls well, I don’t know why they leave me- Shatta Wale opens up on failed relationships

For the 6th time in 2022, Chief One has copped another major nomination! END_OF_DOCUMENT_TOKEN_TO_BE_REPLACED

Nigerian singer Kizz Daniel has been reportedly arrested by the Tanzanian Police for refusing to perform at an event. END_OF_DOCUMENT_TOKEN_TO_BE_REPLACED

Member of Parliament for the Dome-Kwabenya Constituenc, Sarah Adwoa Safe has penned a sweet message to her partner as they celebrate four years of marital bliss.  END_OF_DOCUMENT_TOKEN_TO_BE_REPLACED