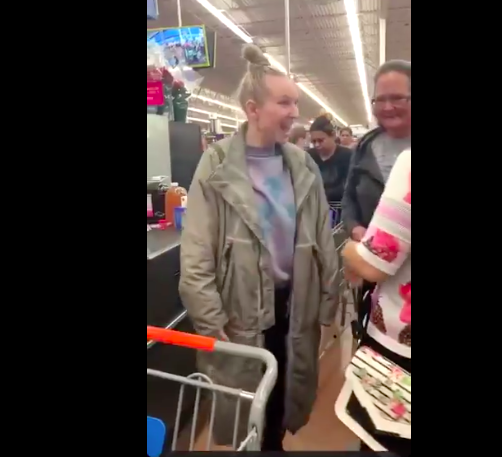 Sia stunned shoppers when she whipped out her bank card and paid for their groceries at Walmart.

The Chandelier singer – who is known for hiding her face behind elaborate hairstyles – dressed down in a casual coat as she went undercover at the store in Palm Springs, California on Wednesday.

According to local news station KESQ, the pop star did not announce who she was, but claimed that she was named Cici and explained her generosity by saying that she had won the lottery.

The singer, who wore her hair casually pulled back, calmly visited cash registers and paid for people’s items.

The 43-year-old was also spotted paying for other people’s purchases at a nearby TJ Maxx, according to KESQ.

The star’s act of kindness later came to light on social media, when photos and video emerged.

So @Sia paid for my groceries today thank you so much!! The heart and beautiful soul you have for paying for everyone!! I’m sorry for telling everyone once I realized who you were !! But this kindness must be acknowledged!!! pic.twitter.com/p7CMvBBQyP