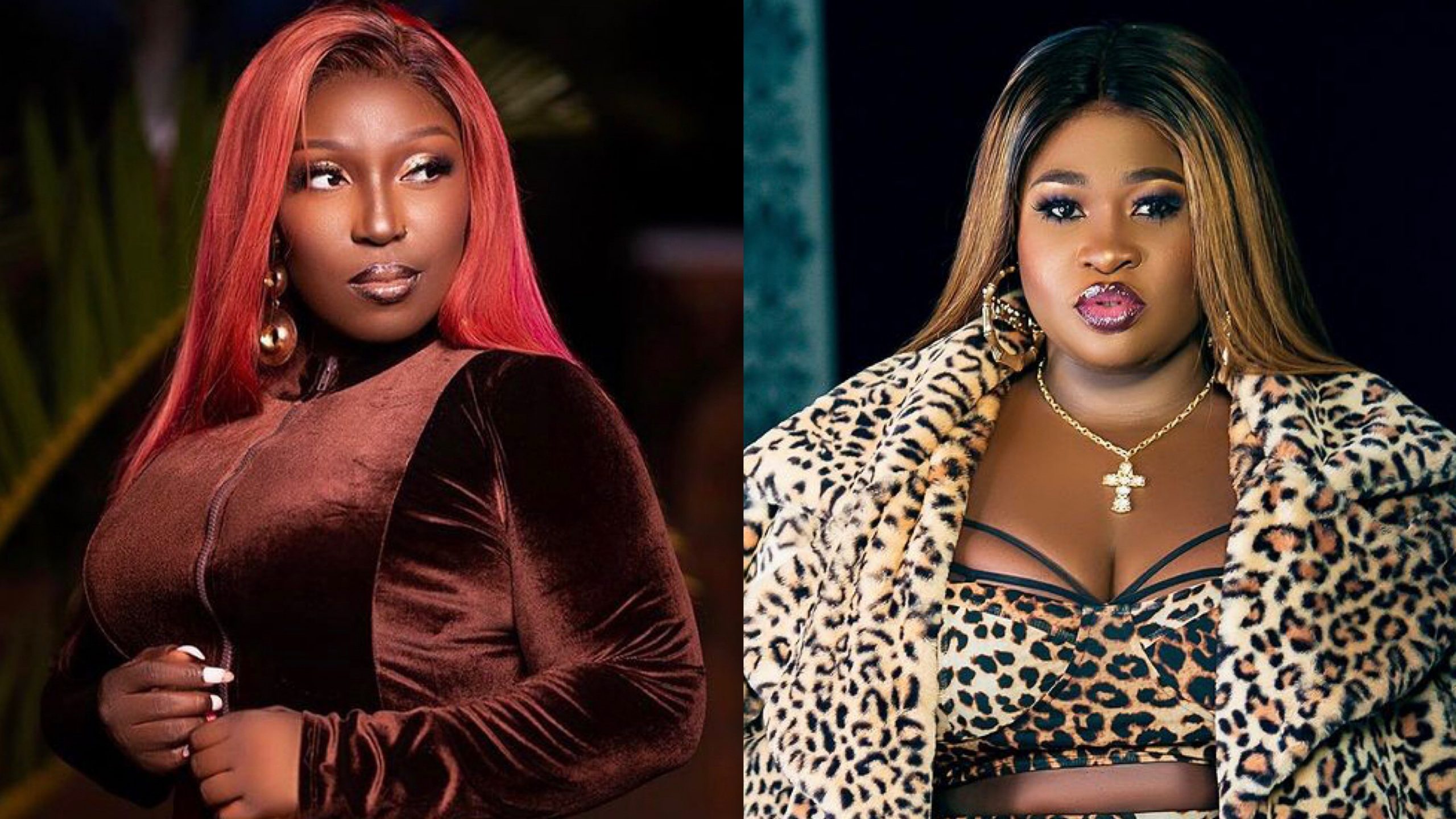 According to Eno Barony, Sista Afia congratulating her on her win should not be peculiar. Because they are on good terms despite their earlier beef. And she has been a huge force in her career growth.

Speaking with Mz Gee on TV3 NewDay, Eno Barony disclosed that she isn’t disturbed if Sista Afia wants to take credit for her win. She explained that everybody in Ghana contributed to her win in their own small way. So she is grateful for their support and love.

Upon further probe on Sista Afia’s claims that their beef gave her career exposure, Eno restated her gratitude to everyone involved. She said, “She has done a song with me before. So, definitely, she has contributed to my career. She has performed with me on stages, so she has. So thank you to Sista Afia.”

Continuing the conversation, Eno Barony explained her costume on the night of her performance on the VGMA 2021 stage. According to her, the white fluffy materials represented clouds to compliment her song, ‘God is a Woman.’ She revealed that looking closely, one could see sparks inside. Which was ostensibly lighting in the clouds. She also pointed out that all her instrumentalists and backup dancer were female. To reinforce the theme for her performance.

Eno Barony also addressed her striking resemblance to the American Rapper, Missy Elliot. She mentioned that growing up, she drew inspiration from Missy but would not want to imitate her. “I adore Missy Elliot, but I want to be Eno Barony.”

The Adentan Circuit Court on Tuesday, 18 January 2022, issued a warrant for the arrest of Deputy Minister of Tourism, Arts and Culture Mark Okraku Mantey. END_OF_DOCUMENT_TOKEN_TO_BE_REPLACED

KiDi’s global hit “TOUCH IT” which went viral on social media has been nominated for ‘Outstanding International Song’ at the 53rd National Association for the Advancement of Colored People (NACCP) Image Awards. END_OF_DOCUMENT_TOKEN_TO_BE_REPLACED

Actress Adowa Pee who is famed for her role in the popular Sunday Cantata drama on GTV has been hit with a health condition she is struggling to manage and has publicly called for help. END_OF_DOCUMENT_TOKEN_TO_BE_REPLACED

One of Ghana’s most celebrated food vloggers watched and loved worldwide, Sweet Adjeley has disclosed the question most of her Ghanaian audience wants answers to. END_OF_DOCUMENT_TOKEN_TO_BE_REPLACED