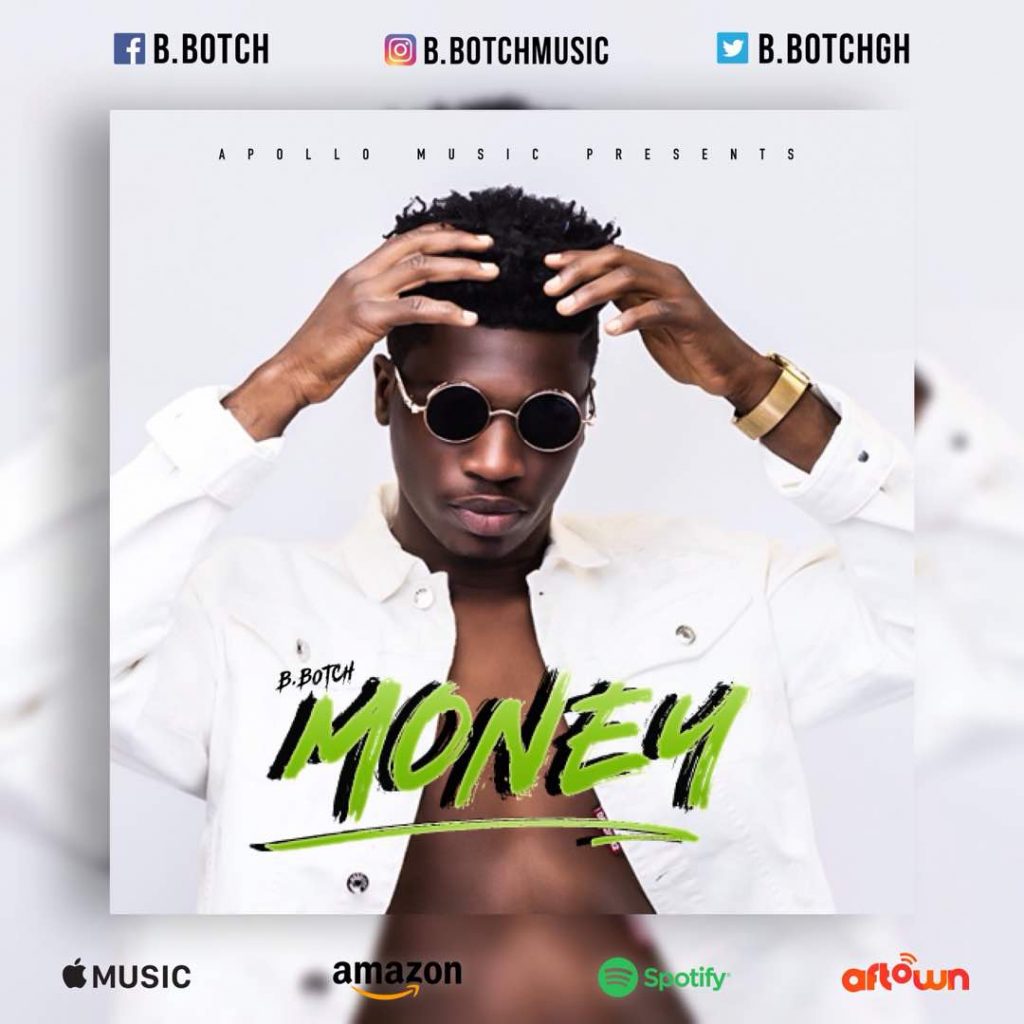 As African music continues to take the world by storm, it goes without mention to say that of the numerous rising acts who are looking to break unto the commercial scene, the premier Ghanaian university campus has been set ablaze by B.Botch, a fast rising Afrobeats act whose afro-inspired vibe, melodramatic lyrics and soulful sound has won the hearts of a massive fan base which cuts across young to mature music lovers and club-goers alike.

His recent release Money, is a mid-tempo afropop track which is a melodious, high energy anthem with a happy vibe and infectious hook which was produced by Lexyz. One cannot miss how he serenades “Ama”, a gorgeous Ghanaian lady resounding his indigenous love for African beauty and pride. B.Botch (real name: Blessing Botchway) loves good music and dreams of nothing but only spreading love and positive energy through his music. He believes Ghana has a unique sound and influence to move the world, “Africa is underrated despite our immense potential, so music is the only way to really express myself and tell my story – the African story – through the vibration of sound”.

B.Botch’s first encounter with recorded music was at age 10 when he often accompanied his mum to her studio sessions as she was an aspiring gospel musician. B.Botch visited a studio himself years later in the first year of high school when he realized that he also wanted to pursue music and started experimenting with songwriting when he was 15 years. He hasn’t looked back since and is currently under the direction of Apollo Music – a Ghanaian music production company that is currently seeking brand partnerships and sponsorships to take B.Botch’s music to new heights.

Fast forward to today, he is a level 200 student at the University of Ghana with 4 commercial track releases to his credit already. His music has garnered about 40,000 streams on digital stores (including Apple Music and Spotify) in just 2 months and over 500,000 indirect listens through the use of his music in beauty and viral videos on Instagram from the likes of Ohemaa Bonsu, Vanessa Gyimah and Archipalago. The YouTube video to his Banana remix (feat. Pappy Kojo) was also released to critical acclaim reaching over 26,000 views on YouTube and still growing.