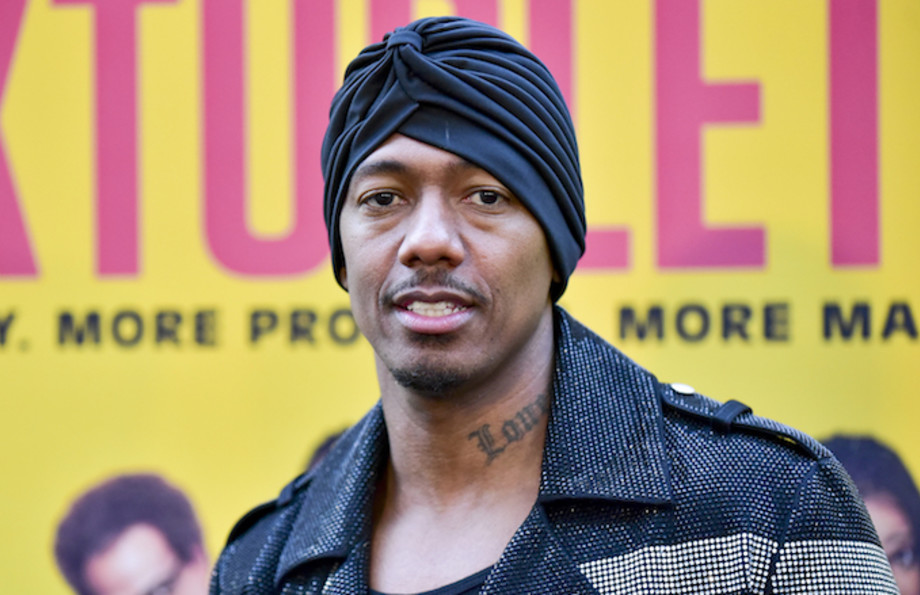 Nick Cannon has disclosed that he still has plans to have more kids this year despite two kids on the way.

Cannon, 41, made the revelation on Entertainment Tonight, which he co-hosted alongside the show’s Nischelle Turner during an appearance on the Lip Service podcast with Angela Yee last month.

The actor and show host is currently a father to seven kids with four partners: twins Moroccan and Monroe Cannon, 11, with ex-wife Mariah Carey; Golden, five, and Powerful, one, with Brittany Bell; twins Zion Mixolydian and Zillion Heir, one, with Abby De La Rosa; and late son Zen, who tragically died last December from brain cancer, with Alyssa Scott.

He is also is expecting two more children with Tiesi and De La Rosa.

During the interview, Turner, 47, asked Cannon how many babies he would be expecting this year.

“That would take all the fun out of it if I just gave you a number right now,” he said. Turner pushed again and brought up Bre Tiesi’s pregnancy to mark Cannon’s eight child

“OK, I’m watching your math. What else you got?” asked Cannon rhetorically. Turner then brought up the mother of one of his set of twins, Abby De La Rosa, who is currently pregnant but has yet to confirm who is the father.

Tiesi last month made headlines when she was asked by ET how frequently Cannon spent time with his children, as she said: ‘We can all go through the assistant to make sure it’s on the calendar if there’s anything important.’

Cannon went into further depth about her comments, according to the outlet, saying that none of the mothers of his kids have to go through an assistant to reach him.

He explained: ‘My children have busier schedules than I do. They each have their sensory class at 9 a.m. and then they have, you know, ballet at 3 and baseball at 4, so they’re the ones with the schedules.

‘It’s organization, cause, obviously, we all do have things going on throughout the day and with there being so many people involved, we got to make sure we are on the same page, cause I don’t want to miss anything.’

Cannon said that he often lines up his busy schedule to activities with his children.

Cannon said he has ‘a very unorthodox scenario’ when it comes to scheduling time with his kids, but he’s able to make it work.

‘I dedicate probably my entire day to my children,’ he said. ‘Luckily, we are in a world where I’m blessed with the opportunity. I get to spend more time with my children every single day because of my world and my business model.

‘I wake up, I am taking kids to school, sensory class whereas everybody else probably has a 9-5 and they got other things to do. So the way my day is structured, I am my own boss, so I take my kids to the office with me, they’re, as you see, going to the zoo in the middle of the week.’

END_OF_DOCUMENT_TOKEN_TO_BE_REPLACED

“What do celebrities & influential leaders believe in?” As you know, celebrities and influential leaders are role models for young and old generations, and they can influence society and impact the world negatively and positively. Spiritual leader and multi-award-winning life coach Asim Aliloski has seen that successful people on top of their game have been searching for a higher power. END_OF_DOCUMENT_TOKEN_TO_BE_REPLACED

American rapper, Kanye West has reacted to the news of the end of the relationship between his ex-wife Kim Kardashian and Pete Davidson. END_OF_DOCUMENT_TOKEN_TO_BE_REPLACED

Prosecutors are reportedly asking the federal court to seize about $28K from R Kelly’s prison-inmate account since he has $140,000 in court-ordered fines. END_OF_DOCUMENT_TOKEN_TO_BE_REPLACED

Elon Musk has accused the social media platform, Twitter, of fraudulently holding back information about the company as part of a countersuit. END_OF_DOCUMENT_TOKEN_TO_BE_REPLACED