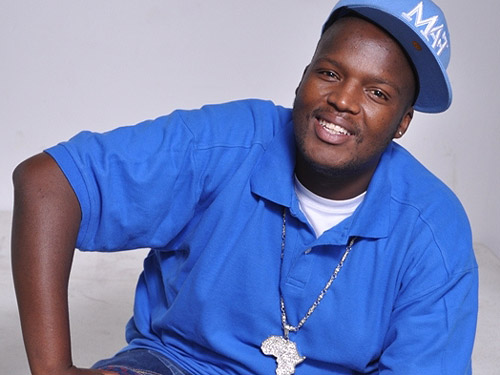 South Africa Hip-hop star, HHP has died[/caption]
Veteran South African Hip hop star, Jabulani Tsambo popularly know as HHP has died.
The rapper who had in the past opened up about suffering from depression, died on Wednesday afternoon October 24th.
Details about the cause of his death were still not precise.
His death was confirmed by his wife and popular publicist, Lerato Sengadi.
“Yes, yes it’s true. I am with the family at the moment, “ said a traumatised Sengadi.
Fans and fellow artists have begun sharing their tributes to HHP on social media and expressed their shock.
“Just heard the most terrible news … another icon gone too soon,” rapper AKA said on Twitter.
Fellow hip hop artist Da L.E.S said in a tweet:
“Bad News for HIP HOP TODAY.”
]]>
Up Next

Ghanaian musician and songwriter Kwame Nsiah-Apau, popularly known as Okyeame Kwame, says he has never cheated on his wife since they married 16 years ago. END_OF_DOCUMENT_TOKEN_TO_BE_REPLACED

TV3 and 3FM’s entertainment journalist and television host, Gloria Akpene Acquah, popularly known as MzGee, has quit her job with the Media General after 2 years. END_OF_DOCUMENT_TOKEN_TO_BE_REPLACED

Lynx Music signee, Kuami Eugene has called out social media users who are usually seen jamming to other nationals’ songs on Tiktok to equally do more videos with Ghanaian songs. END_OF_DOCUMENT_TOKEN_TO_BE_REPLACED