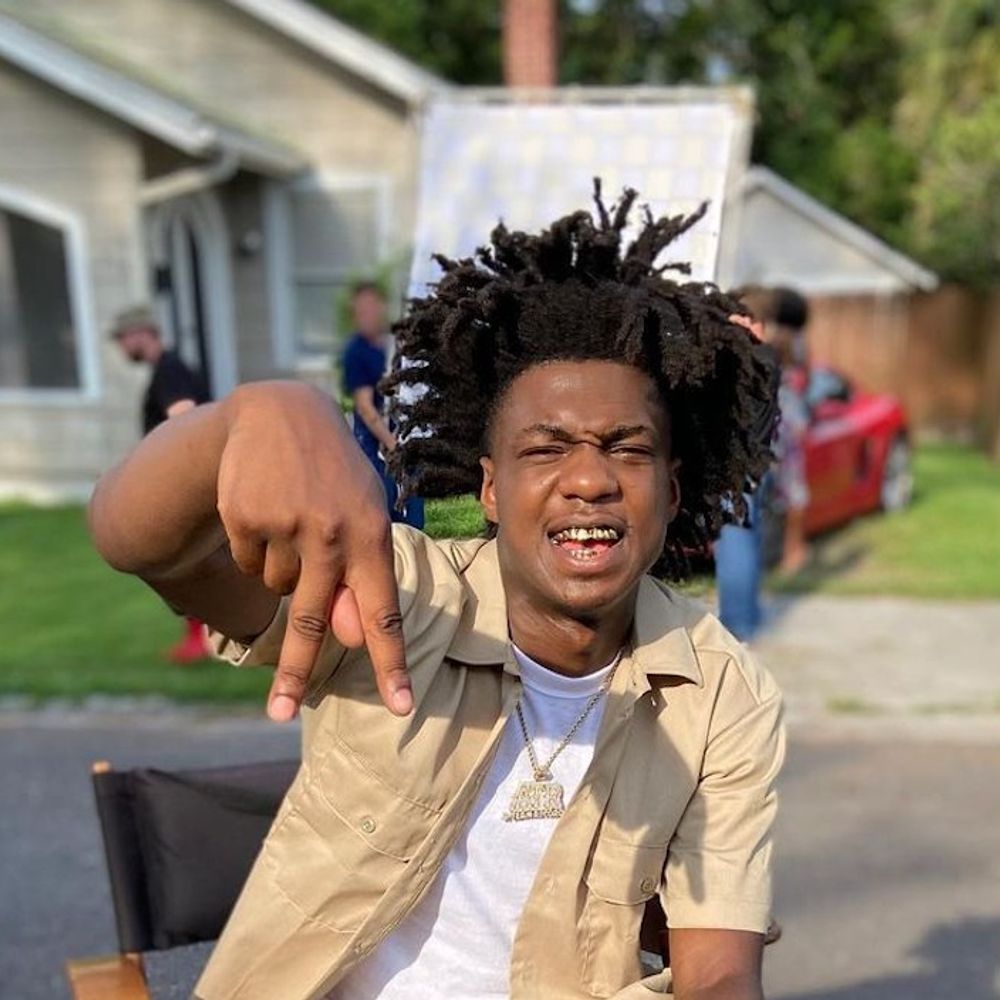 Spinabenz, the Jacksonville, Florida rapper featured on the viral hit “Who I Smoke”, has just shared The Tornado Kidd (Deluxe Edition) and a visual for “Spinzflow”. Spinabenz adds 5 additional tracks to The Tornado Kidd tracklisting, only adding to the depth of the eclectic and exhilarating album released in April.

“Spinzflow” features Spina’s genuine reflections on intimacy and relationships over a high-tempo instrumental––the visual finds him wrapped up in late-night conversations with his significant other and soaring through the sky in the vein of a superhero.

“Tornados” is a polished cut-off of The Tornado Kidd (Deluxe Edition), mixing the haunting imagery in Spina’s lyrics with a dynamic electric guitar and subtle synths. Spinabenz has risen up through the ranks of Jacksonville’s booming hip-hop scene, alongside artists like Yungeen Ace, Whoppa Wit Da Choppa, and Nardo Wick to become one of the hottest and most charismatic artists in his city.

Spinabenz exploded onto the scene with the mega-hit “Who I Smoke” with Yungeen Ace, Whoppa Wit Da Choppa, & FastMoney Goon which is sitting at over 100m streams across platforms. The Vanessa Carlton-sample flip plus the preppy visuals showing all parties involved playing golf at a country club & sporting Polo shirts, lit cigars, freshly-ironed khakis, & matching visors set the internet ablaze in March of 2021.

Spinabenz had already broken out onto the scene before with his “BeatBox” Remix in January of 2021 which garnered over 16m streams across platforms. Leading up to the release of The Tornado Kidd in April, Spinabenz released the singles “Big A$$ Choppa”, “Murder Talk Pt. 3” and “Country Gospel Drill Song” coupled with the album release. After a string of impressive singles, a viral record, & a captivating sound, Spinabenz is ready to take over.

Burna Boy has revealed in an interview that American R & B star Toni Braxton gets 60% of the royalties of his last single ‘Last Last.’ Burna Boy made this revelation when answering questions of how the single came about while appearing on a podcast. END_OF_DOCUMENT_TOKEN_TO_BE_REPLACED

Ghana have been banned from competing in the next two editions of the FIFA U17 Women’s African Qualifiers and fined $100,000 by the Confederation of African Football. END_OF_DOCUMENT_TOKEN_TO_BE_REPLACED

Although the music industry in Ghana is heavily dominated by males, there are a few young women, pulling their weight, and rubbing shoulders with their male counterparts. END_OF_DOCUMENT_TOKEN_TO_BE_REPLACED

Chris Fonye popularly known as “Hydraulix Fonye” is a Ghanaian producer, sound engineer, songwriter and singer with a vast experience in the Ghanaian entertainment industry. END_OF_DOCUMENT_TOKEN_TO_BE_REPLACED

Although there may be hundreds of afro-beats artists in the country, Highly Spiritual Music signee, Lasmid believes he is unique. END_OF_DOCUMENT_TOKEN_TO_BE_REPLACED