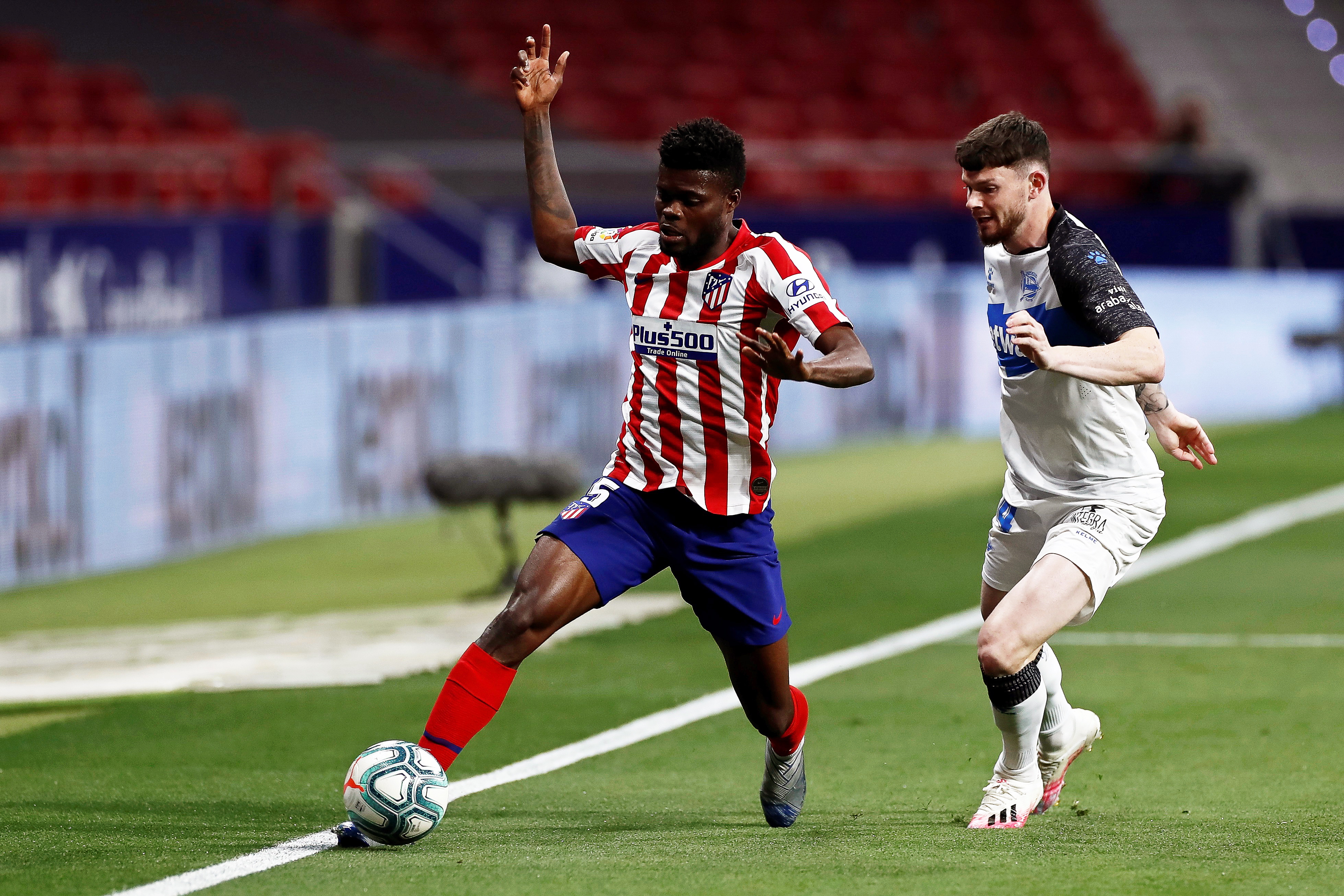 Since his deadline-day move from La Liga giants Atletico Madrid to Arsenal, Partey has slowly been winning over pundits by making an impressive start to life with the Gunners – and he was especially brilliant when Mikel Arteta’s team defeated Manchester United for their first win at Old Trafford in 14 years.

The 27-year-old’s athleticism, strength and composed all-round abilities make him the perfect pivot in midfield, giving the Gunners the kind of presence they have lacked since Frenchman Patrick Vieira bossed the engine room back in the late 1990s and early 2000s.

Roy Keane, whose rivalry with Vieira is the stuff of legends, believes Partey could make a similar impact: “I had my battles with Vieira and I think this kid has got a chance of matching what Patrick used to do.”

Meanwhile, former Arsenal midfielder Paul Merson has expressed astonishment that the Gunners landed Partey when he would have so clearly made the likes of Manchester United and Manchester City better teams.

“When you talk about signings in the summer, he’s got to be number one. I cannot believe, without being horrible here, that Arsenal got him. I don’t mean that in a horrible way, they’re all crying out for it – I know Manchester United are top-heavy and they’ve got Fred, McTominay and Matic, but they haven’t got a Partey,” said Merson.

“Manchester City too, Fernandinho’s coming towards the end, Rodri hasn’t really pulled up any trees. You’re thinking wow, who didn’t see this? When you’re talking about holding midfield players and you want discipline, there’s no better place for discipline than Atletico Madrid. They play the ultimate disciplined way. They can go away and shut up shop, then other days they can go and attack teams. He’s a massive part of that.”

Partey will look to continue his rise to prominence with Arsenal when the Gunners host Wolverhampton Wanderers at the Emirates Stadium on the evening of Sunday 29 November – a game which should be full of intensity and physicality. In other words, right in the Ghanaian’s wheelhouse!

No rival can compete with SuperSport’s coverage. Our viewers on DStv can see all their favourite stars from the African continent dominating Premier League pitches across England.

Don’t miss the 2020-21 football season on SuperSport on DStv. Visit www.dstv.com to subscribe or upgrade, and join in on the excitement. And while you’re on the move, you can stream matches on DStv.

See Thomas Partey in the following match live on SuperSport:

Related Topics:Thomas Partey
Up Next