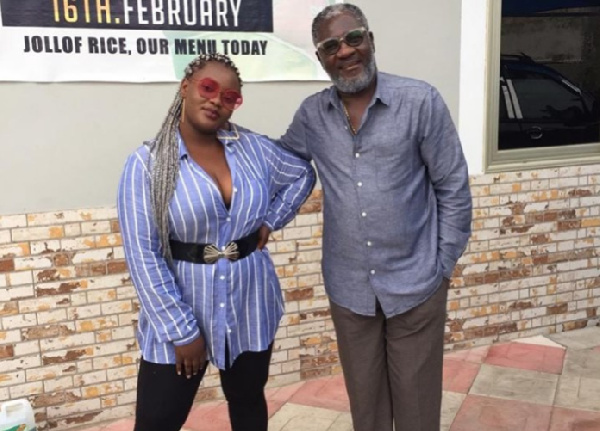 Starboy Kwarteng, in a bid to keep the memory of his daughter alive, set up his own record label, “Bony to the World” to fulfil his legacy to his daughter.

In an interview on Adom TV’s “After Hours show” with Kwame Oboadi3 last Sunday, Starboy Kwarteng reiterated that setting up the record label was not for lucrative purposes.

“I set the record label up not because of money but to continue my daughter’s legacy. I have no option and I feel she will be happy about it,” he said.

Starboy Kwarteng also mentioned that he had signed someone already to the label:

“I have only signed one act. I have provided her all she needs and she is a good singer and sings like Ebony.

Ebony died on February 8, 2018, at the Bechem Government Hospital after a gruesome accident on the Sunyani road.

The new signee, Kim Maureen is expected to fill her shoes and perform some unreleased songs from the late Ebony.

TV3 is not only best in new and entertainment, but best in rewarding its staff too. END_OF_DOCUMENT_TOKEN_TO_BE_REPLACED

The Ave Maria School has launched its 40th-anniversary celebration by urging school leaders to provide better opportunities and platforms for interaction with students in order to guide them in their education. END_OF_DOCUMENT_TOKEN_TO_BE_REPLACED

Sadiq Abdulai Abu, the Chief Executive Officer (CEO) of 3Media Networks has stepped down from his role. END_OF_DOCUMENT_TOKEN_TO_BE_REPLACED