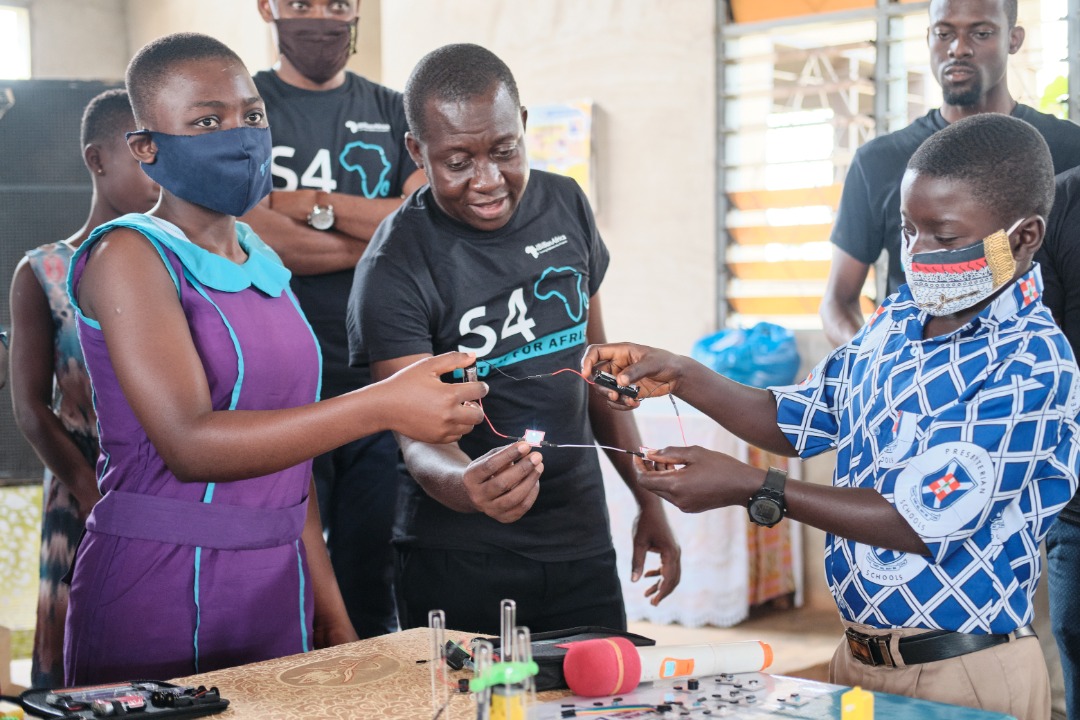 1Billion Africa (1BA) with support from the Royal Academy of Engineering and the Lloyd’s Register Foundation under the Engineering Skills Where They are Most Needed scheme has launched the pilot of the wide-scale community STEM project, STEM FOR AFRICA (S4A) in Hwidiem, in the Asutifi South District, Ahafo Region, Ghana. This was done in collaboration with Dext Technology Ltd. (GH), Synergies Institute – Sankofa Mentorship Hub (GH), Nana Attaa Adwoa Agyeiwaa II Foundation, and D S Dayta Solution (GH).

1Billion Africa is a non-profit civil society organization and movement in Africa that inspires and empowers Africa’s Youth to be change-agents in their communities by finding problems and turning them into projects. 1BA has implemented and inspired over 25 projects in 3 countries including Ghana, Namibia and South Africa impacting over 12,000 people, with the majority being youth, women and children.

The S4A project is a bold initiative to help raise young scientists and innovators from rural communities in Ghana, and in Africa. It targets Sustainable Development Goals 4, 5, 10 & 17 – Quality Education, Gender Equality, Reduced Inequalities, and Partnerships for Development, respectively.

The S4A Hwidiem project, duly launched on Thursday, October 8, 2020, seeks to inculcate engineering/STEM skills in school children between the ages of 10 -15 years, who are in upper primary and junior high in Hwidiem. “We are piloting this initiative in Hwidiem because first there is the need and

second, because of the immense support demonstrated by stakeholders during previous projects by 1BA in the district.”, says Mr Prince Adu-Appiah, CEO and Founder of 1Billion Africa. 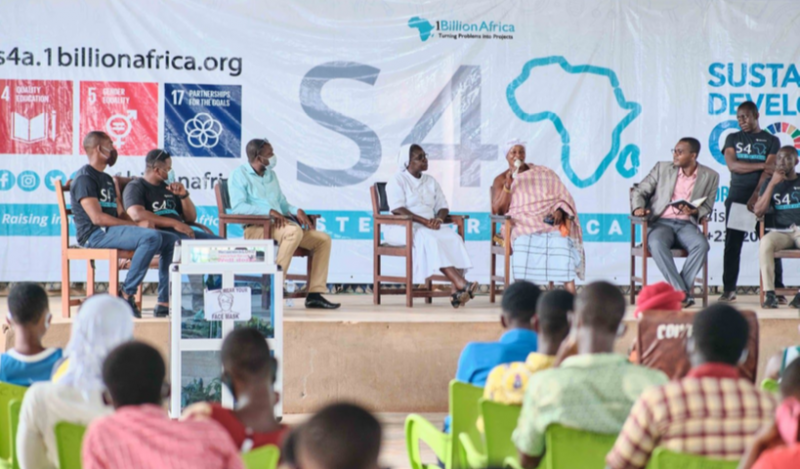 For the next 2 years, the S4A project will capacitate 1,000 student beneficiaries in 10 schools in Hwidiem to altogether have at least 52,000 hours of practical STEM tuition using the innovative Science Set toolkit developed by Dext Technologies Limited. 15 STEM clubs would also be set up to further engage the students in other innovative STEM activities, as well as have further practical sessions with the toolkit, which can be used to perform 30+ experiments. The experiments include; building mini-robots, circuit systems, security alarm systems, solar panel models, etc.

1BA and the S4A project partners seek to empower the student beneficiaries to develop a deep interest in STEM, as well as acquire the creativity, innovation, problem-solving and critical thinking skills to solve community problems. This would be facilitated by the project activities which include 2 Innovation Challenge competitions that would be organized along the project period. In addition, 50 girls selected from within the 1,000 beneficiaries will receive mentoring from STEM Champions in liaison with Synergies Institute – Sankofa Mentorship Hub.

The joy and interest level of the entire community and district was expressed during the launch. It was graced with the presence of the Hwidiem Traditional Council, Queen Mother of Hwidiem, representatives from the Ghana Education Service (GES) Directorate of Asutifi-South, Headmasters and Headmistresses of the schools, the District and Local Assembly representatives, and various civil servants.

In a moving speech by the Queen Mother, Nana Attaa Adwoa Agyeiwaa Kodie II, she shared her commitment and vision of bringing quality education to Hwidiem, and why she believed the S4A project is helping to facilitate that. She applauded the project funders and partners, pledged her full support, and urged all stakeholders involved to commit to playing their roles diligently. Particularly, she urged parents to be involved and student beneficiaries to take advantage of this golden opportunity to invest in their future.

At the launch, 1Billion Africa and the partners made a call to the government, institutions, companies and individuals with the capacity, to help scale the project to other communities in Ghana.

The official hashtags for the project are #STEM4Africa and #S4A.
You can get in touch with 1Billion Africa on; Facebook & LinkedIn 1Billion Africa, and on Twitter & Instagram: @1BillionAfrica.

Related Topics:STEM For Africa
Up Next