Just four days after the release of Stonebwoy’s ANLOGA JUNCTION album, it has placed 2nd on the official list of Audiomack’s most-streamed albums this week with 6.89million streams. 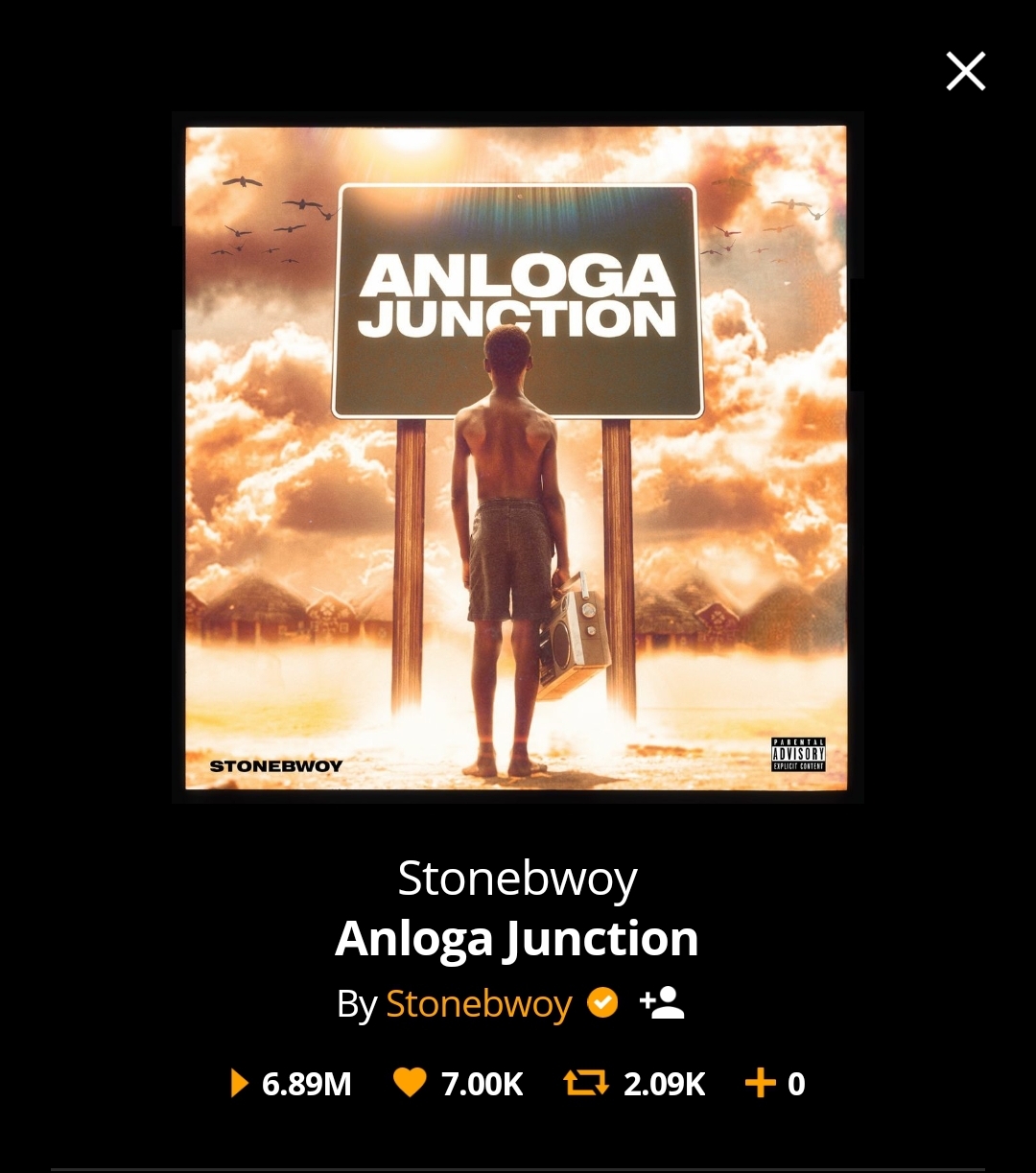