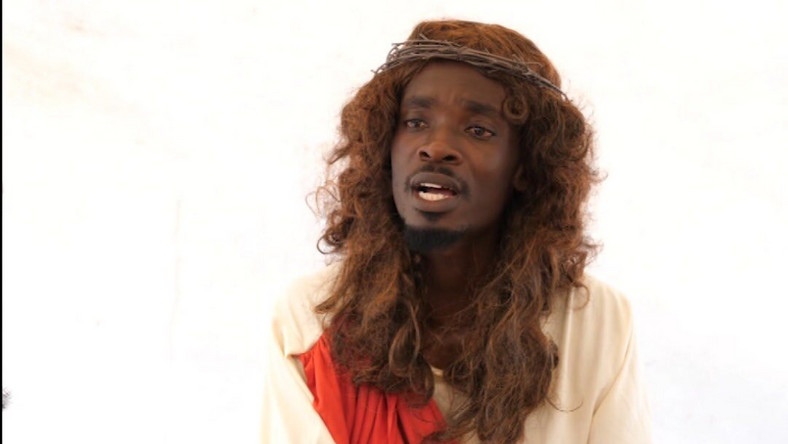 Nothing good comes easy and that is why while he is being praised for mimicking Jesus Christ, actor/ comedian, Justice Hymns popularly known as Mmebusem, is equally facing the wrath of some Christians who are not pleased with his actions.

In the last few weeks, the comedian, who has become very popular, especially on social media for his skits as Jesus, has been slammed for his creativity, with his critics including actress, Joselyn Dumas and founder and leader of London Prayer Centre, Pator Brian Amoateng saying he is ridiculing God.

However, in an interview with Graphic Showbiz recently, Mmebusem defended himself, saying he was not mocking God and the Christian faith but was using a unique way to spread the word of God.

He said no mortal had the right to judge him except God and entreated his critics to be focused on winning souls for God and not ride on his sweat to be popular.

“I don’t care about the criticisms because they are condemning things they have no idea of. I just want to tell them to be focused on their work and stop fighting for God.

“This is my way of spreading the Gospel and no one can stop me from doing my work. Jesus Christ has not asked for fighters so they should concentrate on their work as servants of God,” he stated.

The Kumawood actor, who has been releasing skits after he left the Boys Abre TV series on UTV and even featured in Wendy Shay’s C.T.D music video, described himself as a staunch Christian who will not deliberately subject his faith to mockery.

“What I’m doing now is not something new because my fans who followed my works during my Kumawood days will attest that using scriptures has been my style but fortunately, I’m getting more attention now because of social media.
“I always say I was born to preach through entertainment because I can see Satan is using entertainment to win souls so with that same platform and means, I want to reach out to the masses about the word of God.

“I am not going to stop what I think is right unless God stops me Himself. If what I do is from God, it will stand and no man can collapse it. We are all working for God’s kingdom but with different approaches so they should wish me well,” he stated.

Mmebusem said he had been emboldened to go all out with his skits because of the immense support from his pastor and church.

“Apart from my pastor and church, I receive a lot of encouragement from other unknown pastors who reach out to me on phone. I believe my critics have not considered the content of what I do. I don’t misquote the Bible because I know I’m evangelising through comedy so people should concentrate on the good side,” he stated.

Bose Ogulu has told her son Burna Boy to “tone down the madness” as she celebrated his birthday. END_OF_DOCUMENT_TOKEN_TO_BE_REPLACED

The Hewale Lala (Song Of strength) hit maker Perez Musik gets ready to have his first-ever major concert. END_OF_DOCUMENT_TOKEN_TO_BE_REPLACED

Kofi Sonny, CEO of 610Music, a direct representative for Universal Music Group in Africa, unveiled two of his newly signed artistes to the world over the weekend. The event pulled in dignitaries from all over the globe to witness what many have dubbed “the birth of greatness.” END_OF_DOCUMENT_TOKEN_TO_BE_REPLACED