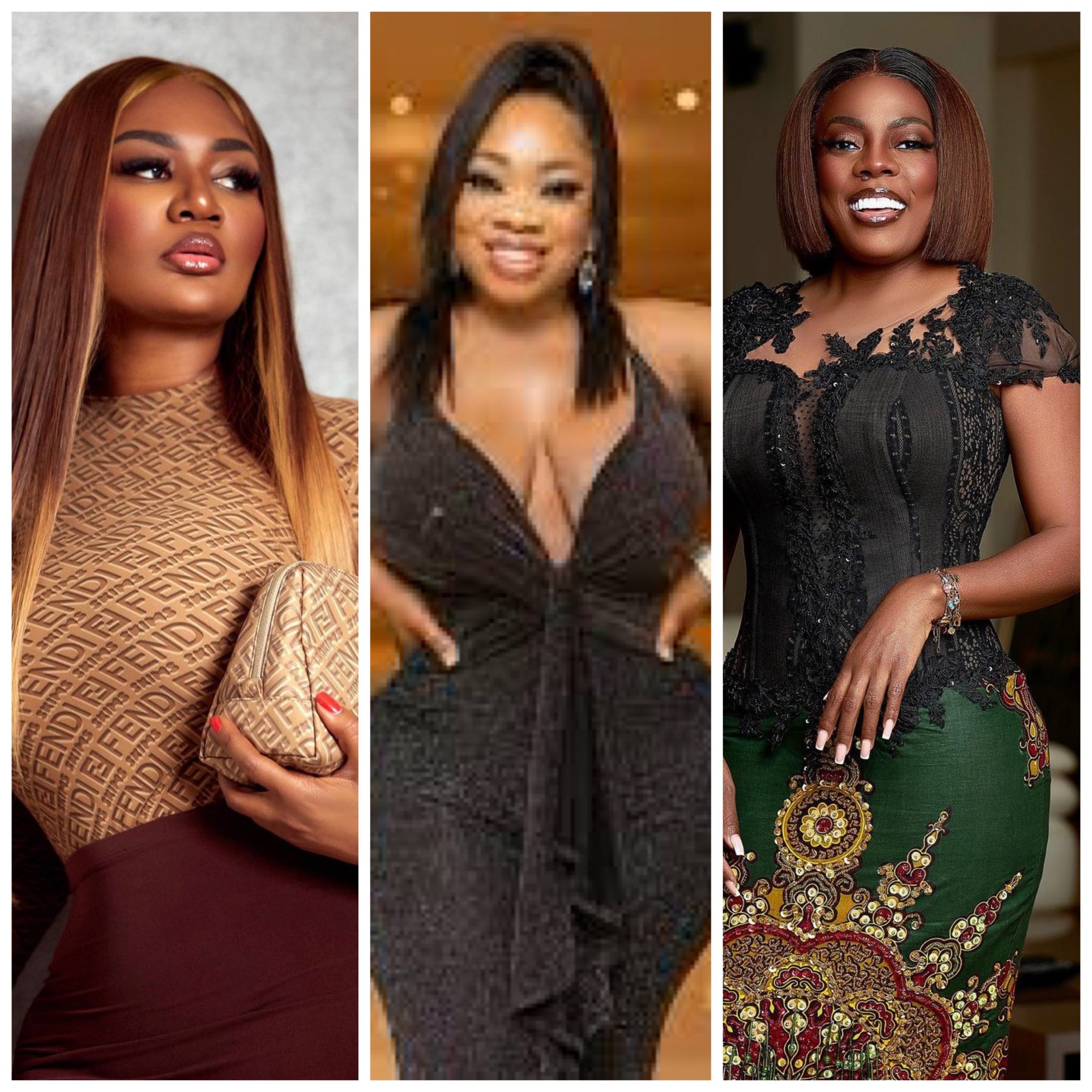 Nana Aba Anamoah’s warning comes following Moesha’s bizarre apology to Sandra Ankobiah which made it to the news earlier today.

In an Instagram comment, Moesha Bodoung had apologized for helping spread rumours about Sandra in the past.

According to Moesha, she and Sandra dated men for money in the past, however, that era is long gone. She also made some prophecies on Sandra’s life.

“Sandra I’m very sorry for telling people that you had a boyfriend that was in jail for drugs and I also heard it from people and I never said it to make you look bad ,everyone talks about everyone in our industry and I know you’ve also spoken about me and laughed at my fake designers. I know you love me because God brought you into my life and you will marry my uncle and you two will love each other and No one will ever cheat on their partners and I will pray for God to protect your marriage and God will provide for you and my uncle. You will go back to being a lawyer and you will defend prisoners and I will take people out of jail by the help of God Almighty. I will help many prostitutes to find a job and they will love us because we both date men for money and I will defend you because you are my in-law,” Moesha’s apology reads.

“I love you my sister in law. God loves you more.”

Moesha’s comment did not sit down well with Nana Aba Anamoah who is a very good friend of Sandra Ankobiah.

She replied with a warning to Moesha to stop peddling lies about Sandra.

“Without a shred of doubt Sandra loves you too but stop peddling lies about her,” Nana Aba wrote.

Ghanaian actor and socialite, Don Little, has made a passionate appeal to his colleague Kwadwo Nkansah also known as Lilwin to go make peace with his ex-wife. END_OF_DOCUMENT_TOKEN_TO_BE_REPLACED

The Federal Government of Nigeria has taken legal actions against the husband of late gospel singer, Osinachi Nwachukwu. END_OF_DOCUMENT_TOKEN_TO_BE_REPLACED

From being the opening act at EL’s BAR VI concert to bagging a nomination at the 2022 3 Music Awards, Afrobeats/afro soul singer Darkua stopped by Ameyaw TV to talk about her musical journey. END_OF_DOCUMENT_TOKEN_TO_BE_REPLACED