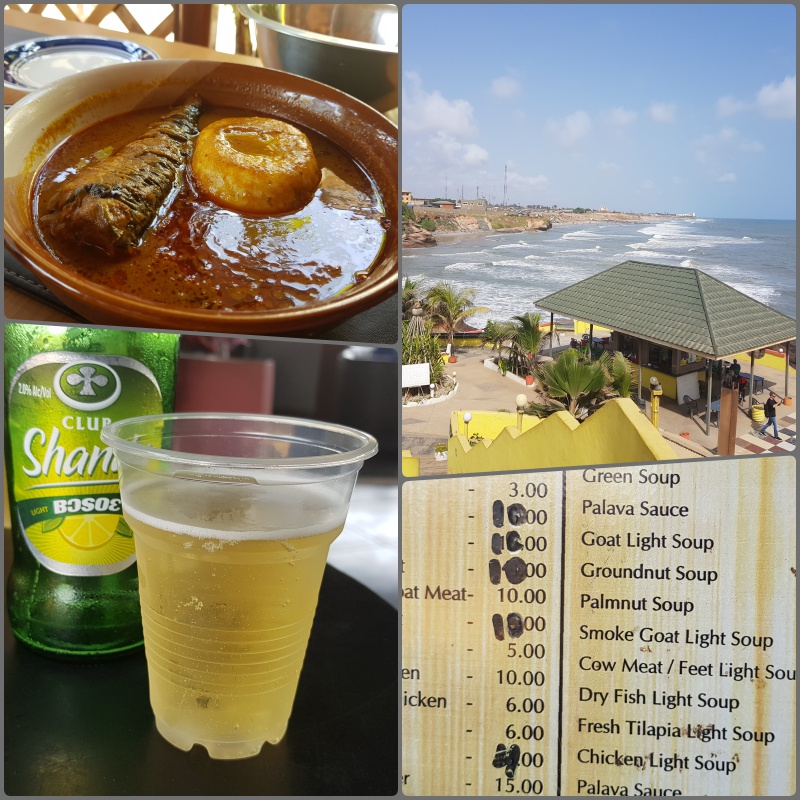 So, a lot of friends abroad often recommend me to their friends as the ‘go to guy in Accra’, and I have been made to believe that I have a good knowledge about the cool happenings within the city. Well, until my encounter with the folks from TSTMKRS!!! TSTMKRS is an online experiences marketplace connecting curious travelers to local influencers in African cities. Tastemakersafrica.com‘s private beta consists of an array of epic things to do in Accra, from food crawls through little known local gems; to creating your own cocktail out of authentic homegrown ingredients. So on a Sunday before a long leave from Ghana, I joined TSTMKRS for an experience that opened my eyes to the city in a unique and fun way. Frances Quarcoopome of Jam Jar curated my experience, so I met up with her at the A&C Square in East Legon and we started our journey in her cute Jim Jar branded car. We first drove to ‘Mangoes’, a popular food joint in East Legon. When Frances asked if I knew of Mangoes, I said no. But when we arrived, I realized I knew the place too well; it is a local restaurant belonging to Ghanaian actress Luckie Lawson. I had been at the restaurant before she officially opened it to the public, some years back. It used to be known as ‘Mangoasi’ (meaning under the Mango tree; and yes there is or was a mango tree) but got a name change later to ‘Mangoes’. The idea of a food crawl is to visit multiple restaurants within a short period to obtain one complete and proper meal. This may be done as a dine-in or take-out experience. Well, this is not an easy task when doing a food crawl with restaurants that do local Ghanaian food. So for starters, we had a ball of fufu with goat meat and tuna. We shared the meal in order for it to feel like a starter in our bellies…haha. [caption id="attachment_115920" align="aligncenter" width="900"] 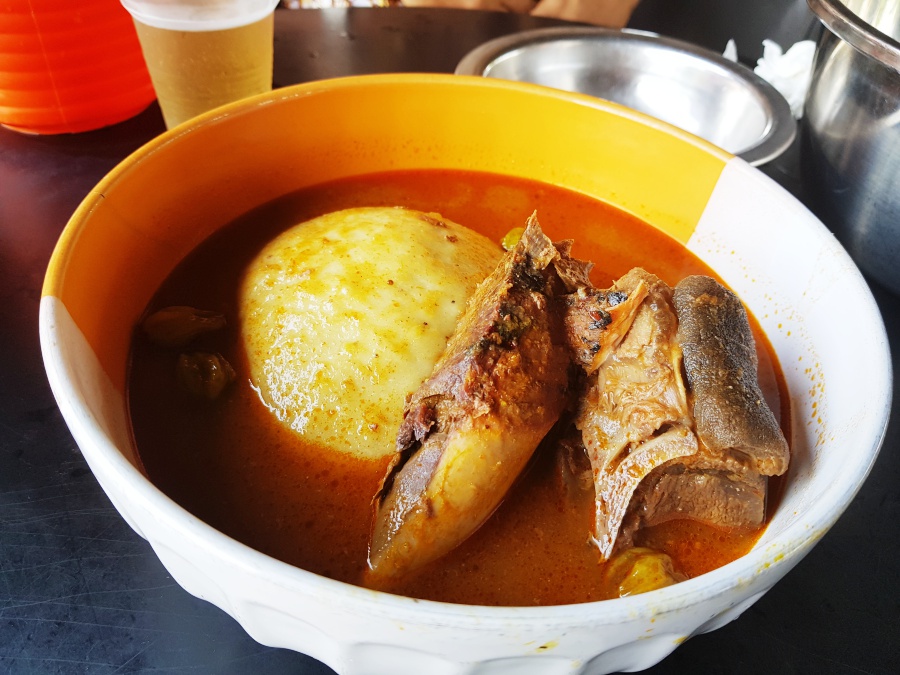 Fufu with goat meat and Tuna for starters[/caption]   While at Mangoes, I also tried Club Shandy for the first time. Well, I remember I used to drink it or at least tried it, way back when I was in Junior Secondary School. But of course, it went out of production for many years until it was reintroduced recently. I was surprised by the taste; it didn’t taste like something I had tried before. But well, I wouldn’t mind trying it again. [caption id="attachment_115922" align="aligncenter" width="900"] 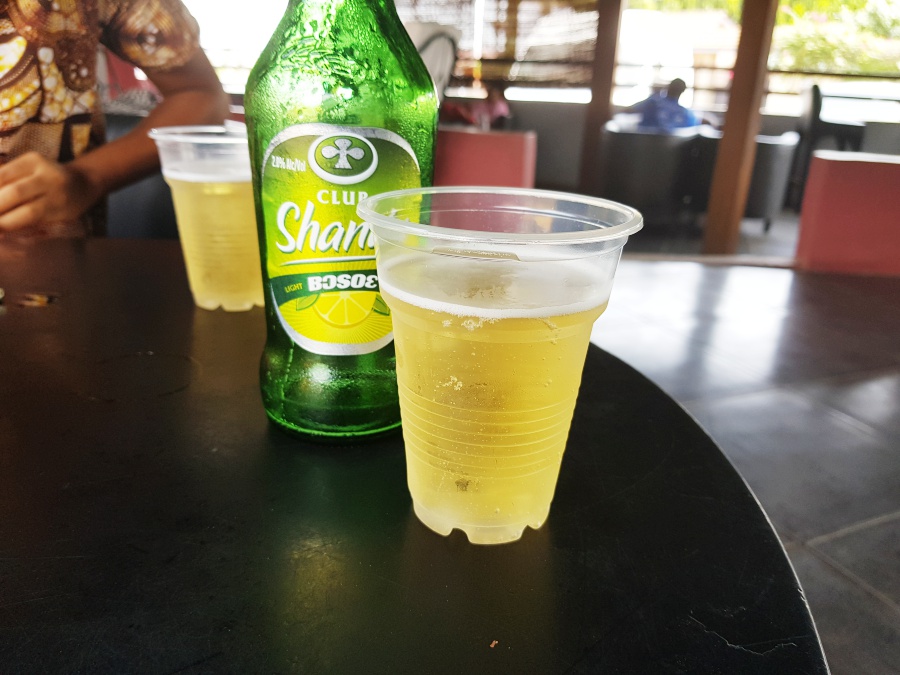 a cup of chilled Club Shandy, not bad at all[/caption]   From Mangoes we drove to another part of East Legon, this time to ‘Living Room’. As we made our way to the place I pointed out to Frances how I would have gotten lost if I was to make my own way to the place, because I thought it was located somewhere else. Well, Frances laughed and said, “Oh they have moved from their old location long ago and this is the new place. ” Phew… see how little I know about what’s happening in Accra nowadays?   When we arrived at ‘Living Room’ I noticed it was a favourite spot for many of Accra’s ‘big boys’; I spotted a few as I hid myself in a little corner like a shy housefly. Frances told me how good the Living Room ‘Abunu Abunu’ (green soup) was, so I decided to try it even though for our next tasting, we had decided to do ‘Omotuo’ (rice balls). Yes Omotuo, after having fufu as a starter, isn’t that cool? [caption id="attachment_115923" align="aligncenter" width="900"] 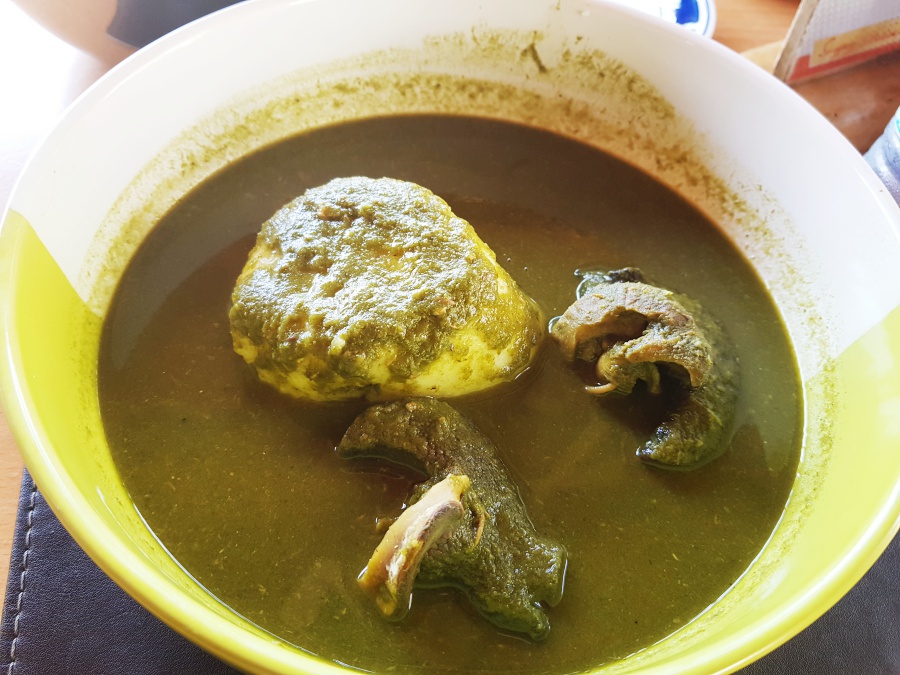 my omotuo with abunu abunu[/caption]   Talking of cool things, I also ate Omotuo with ‘Abunu Abunu’ for the first time ever, and it tasted great! It was also my first time eating soup, adorned with boiled beans. I guess I’m totally new to the whole ‘Sunday Omotuo’ culture (bows head in shame.) https://ameyawdebrah.com/interview-bryan-okwara-talks-shattered-romance-new-reality-tv/ [caption id="attachment_115924" align="aligncenter" width="900"] 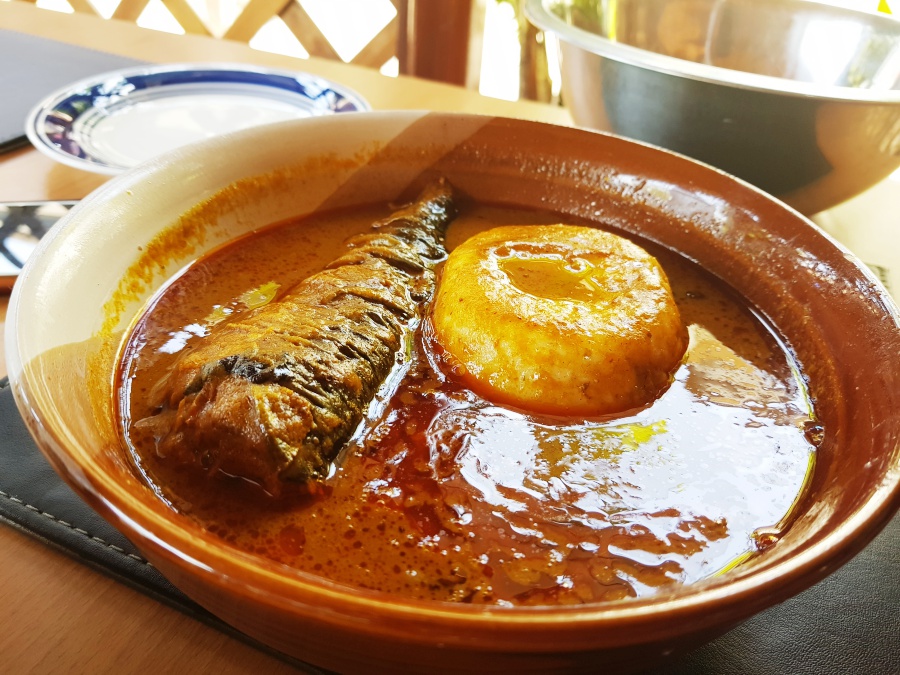 Frances opted for a more traditional omotuo with palmnut soup[/caption] To end our food crawl, we headed out of East Legon all the way to Accra. And since it was a Sunday, we were quite clear of any traffic en route Osikan Beach. And yes, this was my first time at Osikan beach, in fact I had never heard of it before (keeps bowing head in shame.) [caption id="attachment_115925" align="aligncenter" width="900"] 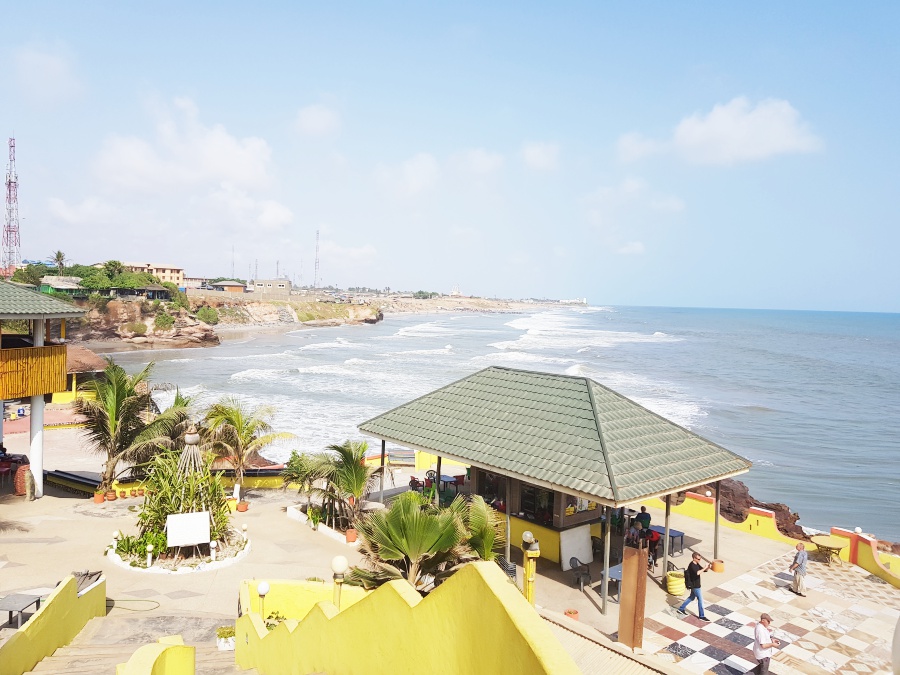 Osikan beach resort in Accra[/caption] Osikan beach is a little resort located opposite the Barclays bank on the high street. It is a cool place to be to get in tune with nature. The breeze, the waves and the general scenery can calm any troubled soul; in fact it was just what I needed before heading out of Accra to Morocco the following morning. [caption id="attachment_115926" align="aligncenter" width="900"] 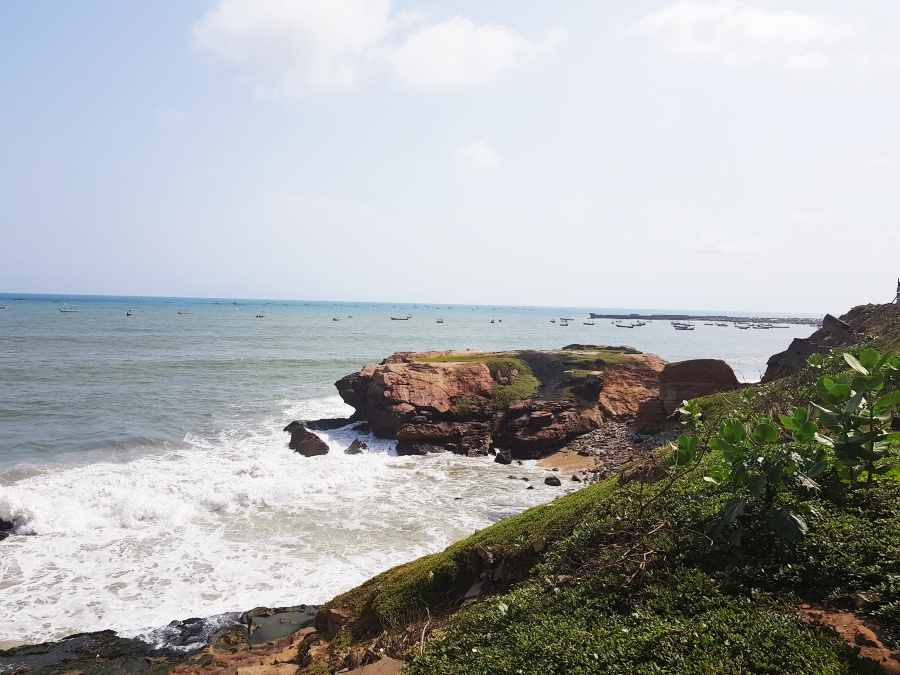 Cool breeze at Osikan beach resort in Accra[/caption] In Osikan, in fact my belly was too full to eat anything. So I had a glass of Club Shandy again.   There you have it, my fun and eye-opening TSTMKRS experience; just what I needed before leaving Ghana for my long trip away from home. Anyway, as I write this post, I am in New Jersey and my family is cooking a mean meal for Thanksgiving. So let me end here and get ready to enjoy… bon appetite…hehe!!!  ]]>

#ThrowBackThursday: Spot the famous person in this photo