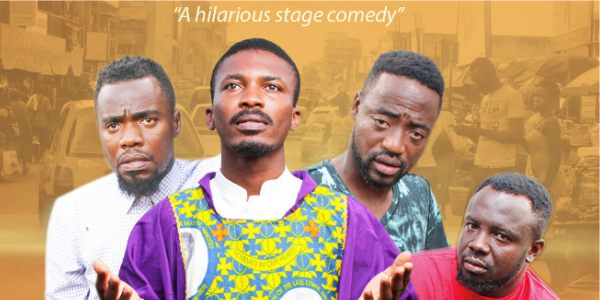 SuperFam Network has another Super stageplay for its Fam of audience to continue its Network of nonstop entertainment. ARE WE SAFE?? is the title of this new play, set to be staged at the National Theatre on Saturday, 14th March, 2020. The time is 4pm & 8pm at a cool price of GHC60.

This hilarious play will follow suit in other rib craking plays; _The Inspection and Accra We Dey,_ which have been previously staged by Superfam Network. Speaking of which, this play is set to get patrons leaving the theatre, beaming with smiles for having been fed with total satisfaction of laughter.

ARE WE SAFE?? Has its story unfold in a police station. It presents different character traits; revealing the day-to-day happenings and how they solve their cases. In the end, the play throws light on the need for teamwork, unity and peace in a society; acting as a catalyst for development.

Even as this is the third play produced by SuperFam Network, having done a previous film 3idiots and a Wiseman, it is safe to expect the very best of presentation from the Network.

Also, Superfam Network has been accepted by critics and audience alike, on account of the huge patronage that throngs to the venues of their events. The film showing saw a full house at two of their shows.

This however demanded a re-run of the production which also saw late-tickets-buying-audience not getting sitting space once again.

This will help prevent any inconvenience being caused, even as you are served with delicious humour.

Pay us compensation or meet us in Court, MGL Properties warns Education Ministry, GES and Govt