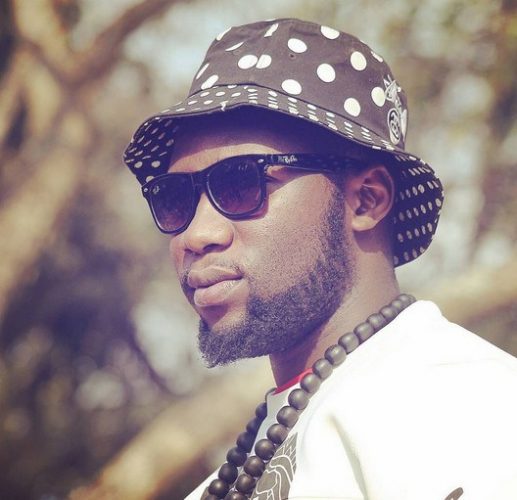 “You can criticise but you should have the knowledge and education to qualify to be a critic. You can’t citicise someone like me, for example, if you have primary school education. I have four degrees,” Mr Mwakyembe told journalists.

Roma, whose real name is Ibrahim Mussa, is known for his political activism – his new song is called Anaitwa Roma, Swahili for “They call him Roma”.

In it he lambasts the government’s decision last year to deploy the army to buy cashew nuts from farmers as a way of trying to force middlemen to increase their prices. The policy, critics say, did not work.

Roma also criticises President John Magufuli’s push to revive the national airline Air Tanzania, saying it would have been better to improve healthcare.

He also criticises Tanzanians for not joining a call for protests against President Magufuli’s policies.

The music video has got more than 500,00 views and 3,000 comments since it was uploaded on YouTube three days ago.

Many of his fans are praising him but some are worried about his safety, telling him to be careful.

The musician was kidnapped and held for three days, along with other artists, in 2017.

He told journalists after he was freed that he had been tortured.

Bose Ogulu has told her son Burna Boy to “tone down the madness” as she celebrated his birthday. END_OF_DOCUMENT_TOKEN_TO_BE_REPLACED

The Hewale Lala (Song Of strength) hit maker Perez Musik gets ready to have his first-ever major concert. END_OF_DOCUMENT_TOKEN_TO_BE_REPLACED

Kofi Sonny, CEO of 610Music, a direct representative for Universal Music Group in Africa, unveiled two of his newly signed artistes to the world over the weekend. The event pulled in dignitaries from all over the globe to witness what many have dubbed “the birth of greatness.” END_OF_DOCUMENT_TOKEN_TO_BE_REPLACED