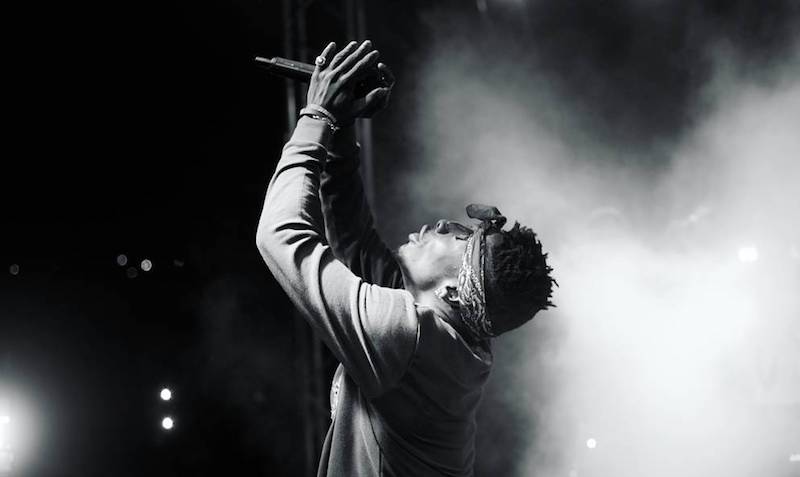 Earlier today, the “On God” hitmaker was fined GHC 2000 by an Accra court for the publication of false news.

In a Twitter post after his trial, he shared his Mobile Money number and asked his fans to help him pay off his GH C 2000 fine.

He also thanked the “government” for accepting his plea deal and granting him a fair judgment.

“Thank you Ghana goverment for accepting my plea and for judging me accordingly 🙏,” he tweeted. 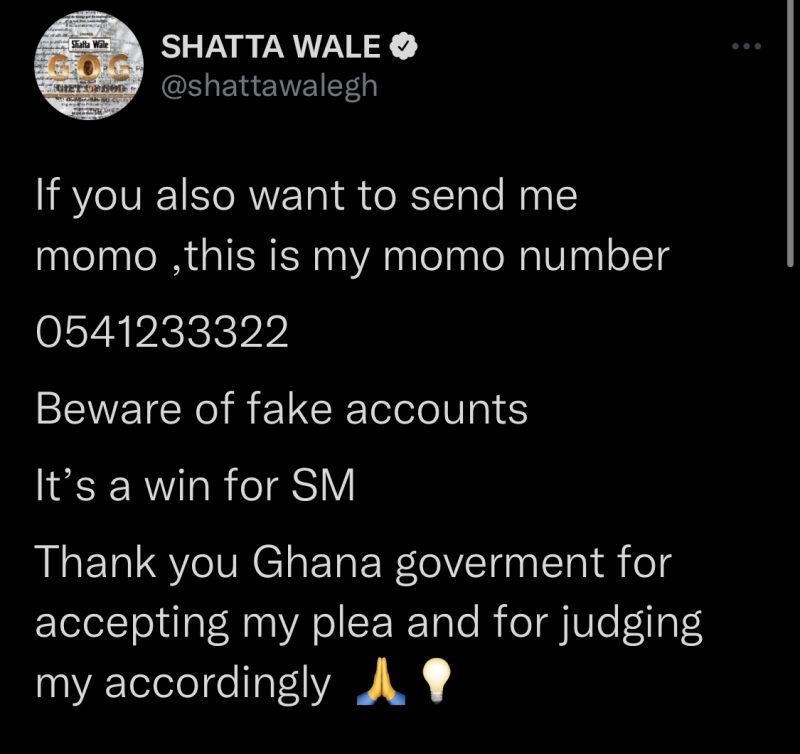 Shatta Wale was on Tuesday, October 19, 2021, arrested when he turned himself into the police after he was declared wanted for faking that he had been shot by unknown gunmen on Monday, October 18.

A series of Snapchat posts by his Personal Assistant known as Nana Dhope said the shooting happened at East Legon and Shatta Wale was being treated at an undisclosed hospital.

The police, after investigations, revealed they could not find the Dancehall King artiste after a thorough search and could also not find any evidence that he had been shot.

He was processed before court and remanded for a week before being granted self-recognisance bail of GHc100,000.

Calista Amoateng, 16, has arrived in Ghana after winning the 2022 Miss Teen Tourism World pageant in the Philippines. END_OF_DOCUMENT_TOKEN_TO_BE_REPLACED

Ghanaian actor, Eddie Nartey has bemoaned the current high cost of living in the country. END_OF_DOCUMENT_TOKEN_TO_BE_REPLACED

Self-acclaimed “King of Dancehall” Shatta Wale has hit a major milestone in his music career. END_OF_DOCUMENT_TOKEN_TO_BE_REPLACED

Despite a nasty end to their engagement, Nigerian Afro-beats superstar, Davido and his ex-fiancé and baby mama, Chioma still have a great relationship. END_OF_DOCUMENT_TOKEN_TO_BE_REPLACED

Nigerian superstar, TuFace Idibia has publicly apologised to his wife, Annie Idibia for constantly causing her and his family pain. END_OF_DOCUMENT_TOKEN_TO_BE_REPLACED