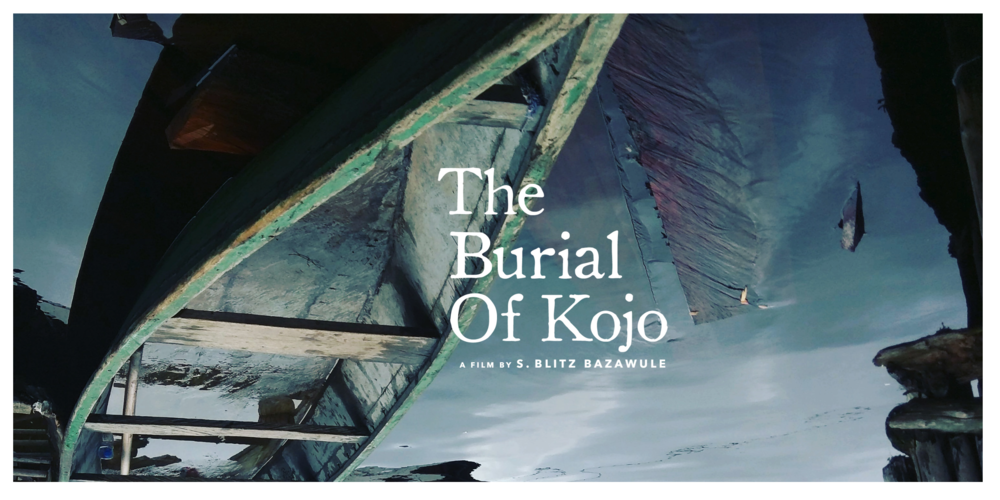 ‘The Burial of Kojo’ might have narrowly missed Ghana’s selection for the 2020 Academy Awards (Oscars) but the film is being considered for the Best Foreign Language Film nomination at the 2020 Golden Globes.

Blitz Bazawuke, also known as Blitz the Ambassador’s critically-acclaimed directorial debut is the first Ghanaian film to be considered for nomination in the Golden Globes.

The musician, writer and director took to Twitter to share the news along with a picture of the list of contenders for the Golden Globe’s “Best Foreign Language Film” award, which also includes Senegal’s Atlantics (which is also in the running to become the first Senegalese film nominated for an Oscar) and Malawi’s The Boy Who Harnessed Wind. Ninety-five films from 65 different countries are being considered for nomination in the category.

The Burial of Kojo follows Esi (Cynthia Dankwa), the youngest daughter of Kojo (Joseph Otsiman), as she travels through a spirit land to save her father who has been left to die in an abandoned gold mine. It is filmed entirely in Ghana on a microbudget.  It had its world premiere in New York at the Urban World Film Festival on September 2018 and was released on Netflix on March 2019 becoming the first Ghanaian film to premiere in selected countries worldwide on Netflix.

The nominees for the 2010 Golden Globe Awards will be announced on December 9.

WHAAAAAAT!!!! @TheBurialOfKojo is up for a Golden Globe Nomination. First ever for Ghana. Just Wow!!!
🙌🏿🏆🇬🇭 pic.twitter.com/ZzwKFAcaXP

Related Topics:Golden Globe AwardsThe Burial of Kojo
Up Next

Footballer, Kingsley Sarfo reportedly released from Swedish prison after a Ghanaian lady lied and accused him of rape

GuiltyBeatz is ringing in the summer! The Grammy-nominated Ghanaian producer and DJ is back with another dazzling solo effort – an Amapiano-infused dance anthem ‘Universe’ featuring Pop sensation, Mr Hudson and buzzing Ghanaian singer, Twitch 4EVA. END_OF_DOCUMENT_TOKEN_TO_BE_REPLACED

The host of Joy FM’s Strong and Sassy, Animwaa Anim-Addo, has tied the knot in a private ceremony. END_OF_DOCUMENT_TOKEN_TO_BE_REPLACED

Grammy award-winning Nigerian musician, Burna Boy is trending on Twitter over his choice of outfit at a recent concert. END_OF_DOCUMENT_TOKEN_TO_BE_REPLACED