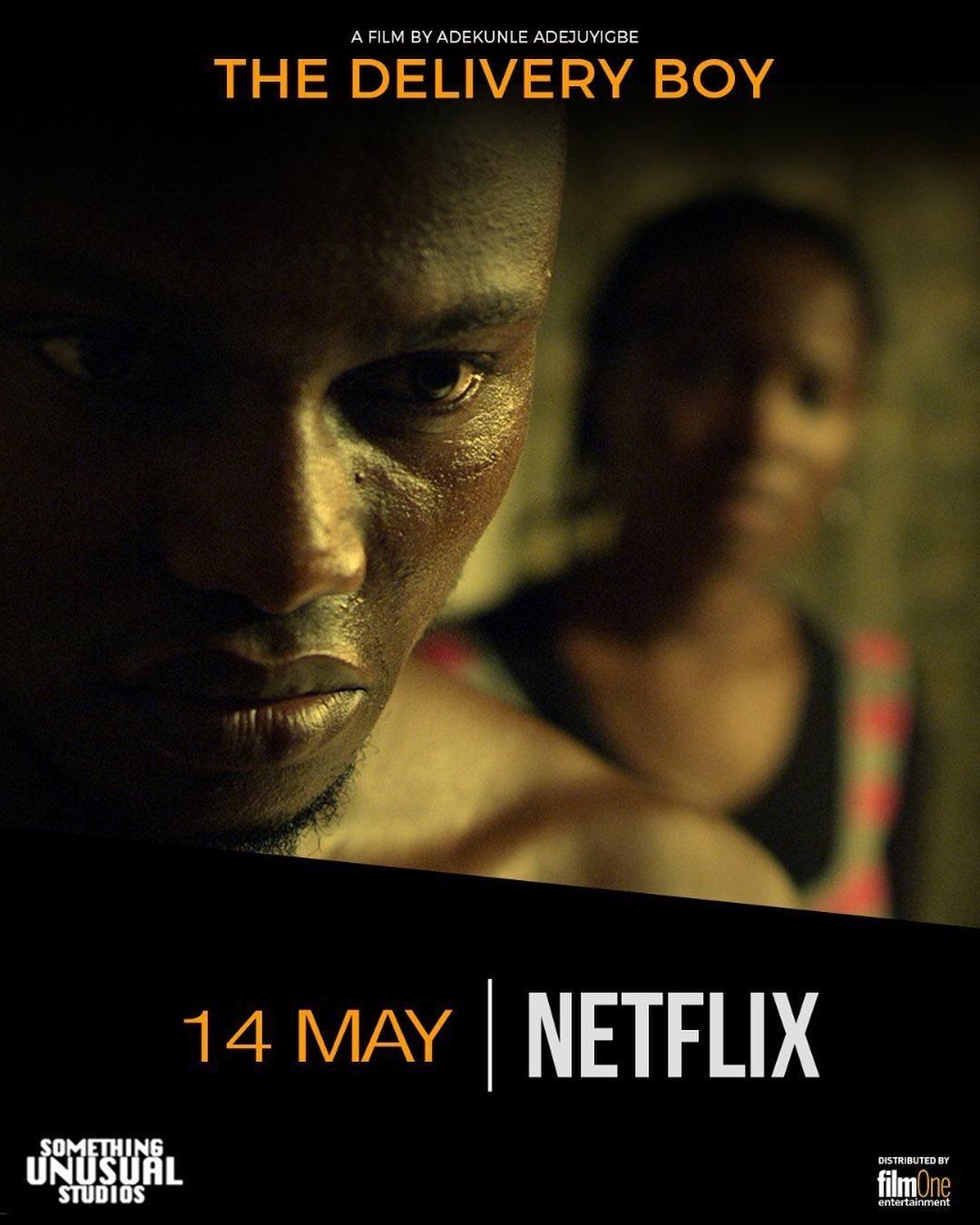 The Delivery Boy is a thriller written and directed by Nigerian film maker, Adekunle Adejuyigbe is out on Netflix from May 14.

‘The Delivery Boy’ revolves around Amir, a teenage orphan boy, who runs into a young girl while trying to escape a mob. She is a prostitute with an agenda and he has a bomb vest under his dress. They are both running out of time and they soon realise they need each other to achieve their goals.

Are you guys ready!? He is dangerous, she is desperate, their friends are terrifying. Now all of them are coming to your house with their internationally-acclaimed story via NETFLIX! “THE DELIVERY BOY” is streaming from tomorrow, MAY 14. Save the date! Watch and share your review. #thedeliveryboyfilm @i_am_nodash @jemimaosunde @jammalibrahim @charlesetubiebi @chukwukajude @kehindefasuyi @netflix_nigeria @netflix_naija @filmoneng

Before the night ends, they will have to contend with each other, Amir’s group, the knowledge of the terrible secrets that made them who they are, and the consequences of living in a society that doesn’t care.

Their journey takes them through the underbelly of the city exposing the hidden back side of the African Society and its dangerous culture of silence in the presence of evil.

Related Topics:Jammal Ibrahim
Up Next

I’m not coming back to Ghana- Pappy Kojo

Global streaming giant Spotify is proud to announce that Sio has been selected to join the EQUAL Africa programme aimed at spotlighting female artists across the continent. END_OF_DOCUMENT_TOKEN_TO_BE_REPLACED

UK-BASED Ghanaian Gospel musician, Joe Bamfro has been nominated in the Gospel Song of The Year category in the upcoming Ghana Music Awards UK(GMA UK) scheduled for October in the United Kingdom.
His song Moko Be did the trick for him and Joe Bamfro is besides himself with excitement being the first time he has ever been nominated in an awards scheme. END_OF_DOCUMENT_TOKEN_TO_BE_REPLACED

Organizers of the prestigious Ghana National Gospel Music Awards have announced a date for the most anticipated event. END_OF_DOCUMENT_TOKEN_TO_BE_REPLACED