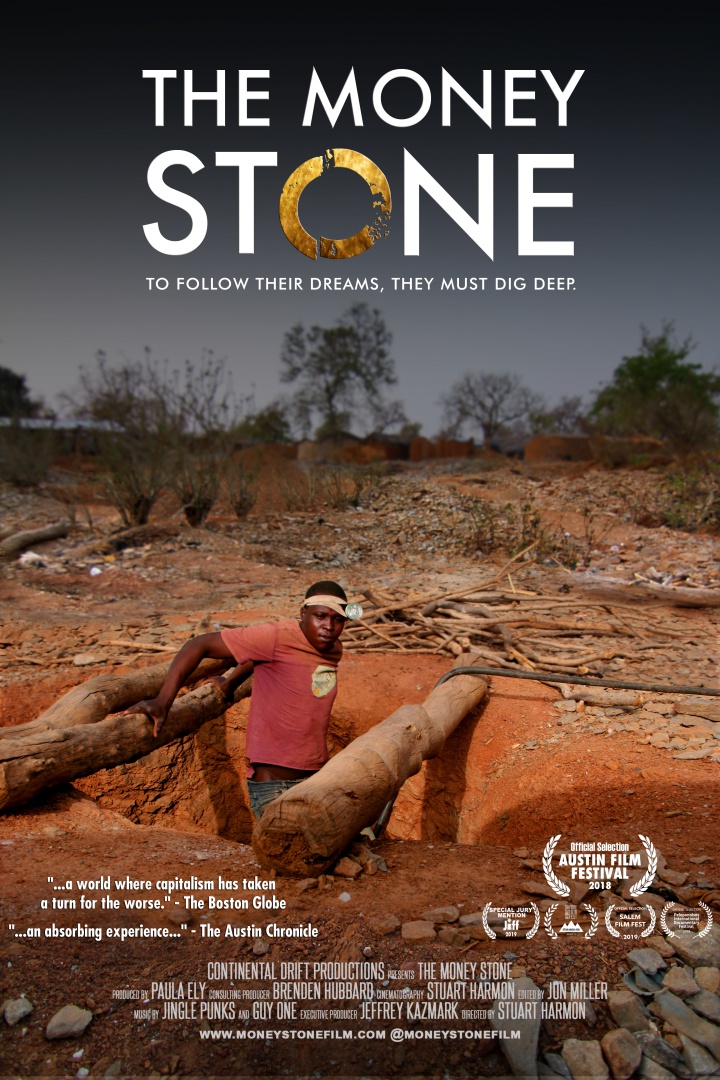 Award-winning feature documentary, THE MONEY STONE, will be released worldwide on digital streaming platforms on Wednesday, January 15, 2020. The film is a coming of age story about two boys struggling in the dangerous world of illegal mining in Ghana. The documentary will be available on iTunes, Amazon, Vimeo  and Google

Since making its festival premiere at the 2018 Austin Film Festival, THE MONEY STONE has garnered several awards, including Best Documentary from the Black Star International Film Festival. In addition, the documentary has received rave reviews from international press, including The Boston Globe, BBC, the Austin Chronicle, among others.

A synopsis of the film: Hundreds of feet beneath the jungles of Ghana, thousands of sweat- soaked miners squeeze through tiny crevices to dig the raw gold that feeds an insatiable global industry. Considered outlaws by the government, these “galamsey” have two options – either get rich quick or die trying. As the surging gold rush draws both local prospectors and eager foreign corporations to the impoverished west-African nation, struggling families must decide whether to put their kids in school or take a gamble by sending them to the dangerous pits. Through the dramatic stories of teens Justice and Maxwell, THE MONEY STONE takes an intimate look at the stark choices some children face in hopes of finding a better future.

“‘The Money Stone’ is ultimately a story about hopes and dreams. There are thousands of Justice’s and Maxwell’s all across Ghana whose families just want the chance to find opportunity and build successful lives and are willing to work hard for it.”

Links can the streaming platforms can be found here: iTunes, Amazon, Vimeo  and Google

Related Topics:The Money Stone
Up Next

Pay your DStv subscription on time and score an upgrade to a higher package at no extra cost!

Best African Players from the weekend