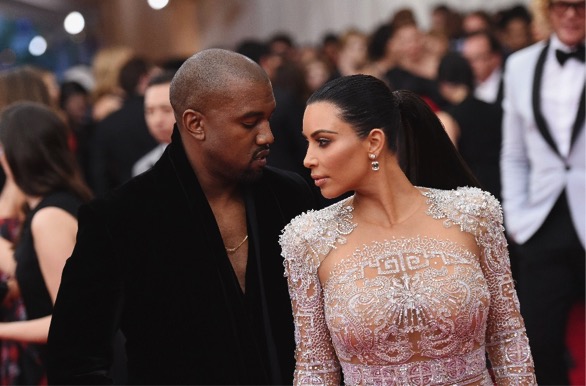 Love is in the air and it’s the right time to catch feelings this month. DStv is getting you into your feels this Valentines with these Valentine Specials:

Maame Yaa Boafo stars alongside Jimmy Smits and Caitlin McGee in Bluff City Law. The series follows the lawyers of an elite Memphis firm that works through the most controversial landmark civil rights cases. Boafo’s character is Briana Logan—a private investigator working in the firm.

If you followed Nicole Amarteifo’s groundbreaking web series An African City, Boafo is surely a familiar face, where she starred as Nana Yaa as she and four independent African women in their 30s navigate life after returning to Ghana from abroad. Since then, she’s been rocking the theatre world in School Girls, which landed her a nomination for a Lucille Lortell Award and for the Los Angeles Drama Circle Award for best actor. She also snagged the Drama Desk award for her role.

Elizabeth McCord, a highly intelligent and diligent former CIA analyst, is appointed as the Secretary of State. She tries her best to balance both her work at the White House and family life. A new season of Madam Secretary, Thursdays at 9pm on M-Net CH 101.

Kandasamys: The Wedding is a South African Indian romantic comedy drama film written and directed by Jayan Moodley. The film is a sequel to the blockbuster box office hit film Keeping Up with the Kandasamys. Sunday at 8pm on M-Net CH 101.

They may live in the lap of luxury, but life isn’t always perfect for the women who reside in one of the wealthiest enclaves of the U.S. They continue to focus on living large; plastic surgery, working out, shopping, drinking, dancing, and dining out top their agendas. The quartet that remains from previous seasons — Vicki Gunvalson, Tamra Barney, Gretchen Rossi and Alexis Bellino — welcomes a new woman into the fold this season, former actress Heather Dubrow, now a stay-at-home mother who is married to a prominent Newport Beach plastic surgeon. A drama filled season of The Real Housewives of Orange County shows Fridays at 4pm on 1Magic CH 103.

Based on the best-selling series of books by M.R. Hall, “Coroner” follows a recently widowed coroner who investigates unnatural, suspicious or sudden deaths in Toronto. She visits different areas of the city and experiences the diversity of Toronto. She taps into her heart and intellect as she solves cases with the help of homicide detective Donovan McAvoy, pathologist Dr. Dwayne Allen and his assistant River Baitz, and Alison Trent, Jenny’s assistant. All while doing her day job, Jenny deals with clinical anxiety, a teenage son named Ross, and working toward a prospective relationship. A new season of Coroner shows Mondays at 6pm on Universal Channel 117.

Nella isn’t your average princess, but she is a princess-knight — a hero unlike any who have come before her. Working with loyal knight Sir Garrett, his trusty steed Clod and glamorous unicorn Trinket, Nella breaks barriers, challenges expectations and fights for justice every time the group heads out on an adventure. No matter how tough of a challenge she faces, 8-year-old Nella always stays true to herself through her determination, power and courage. The preschool series features a social-emotional curriculum intended to foster relationship development and empower preschoolers to be courageous. Nella The Princess Knight, new episodes showing weekdays at 6:50 on nickjr CH 307.

After its launch and first live show on Sunday, show hosts Dakore and Oluwaseun also revealed that this week’s live show will see the love guests pair up as well as a surprise scheduled for Valentine’s Day. Don’t miss a moment of all the love, romance and drama on Ultimate Love, on CH 198.

Compact Plus and Premium subscribers on DStv will get to enjoy the round of 16 starting 16th February – 26th February on SS3, SS12, SS11, SS5. Don’t miss out on any of the action, Reconnect NOW.

Related Topics:The Real Housewives of Orange County
Up Next