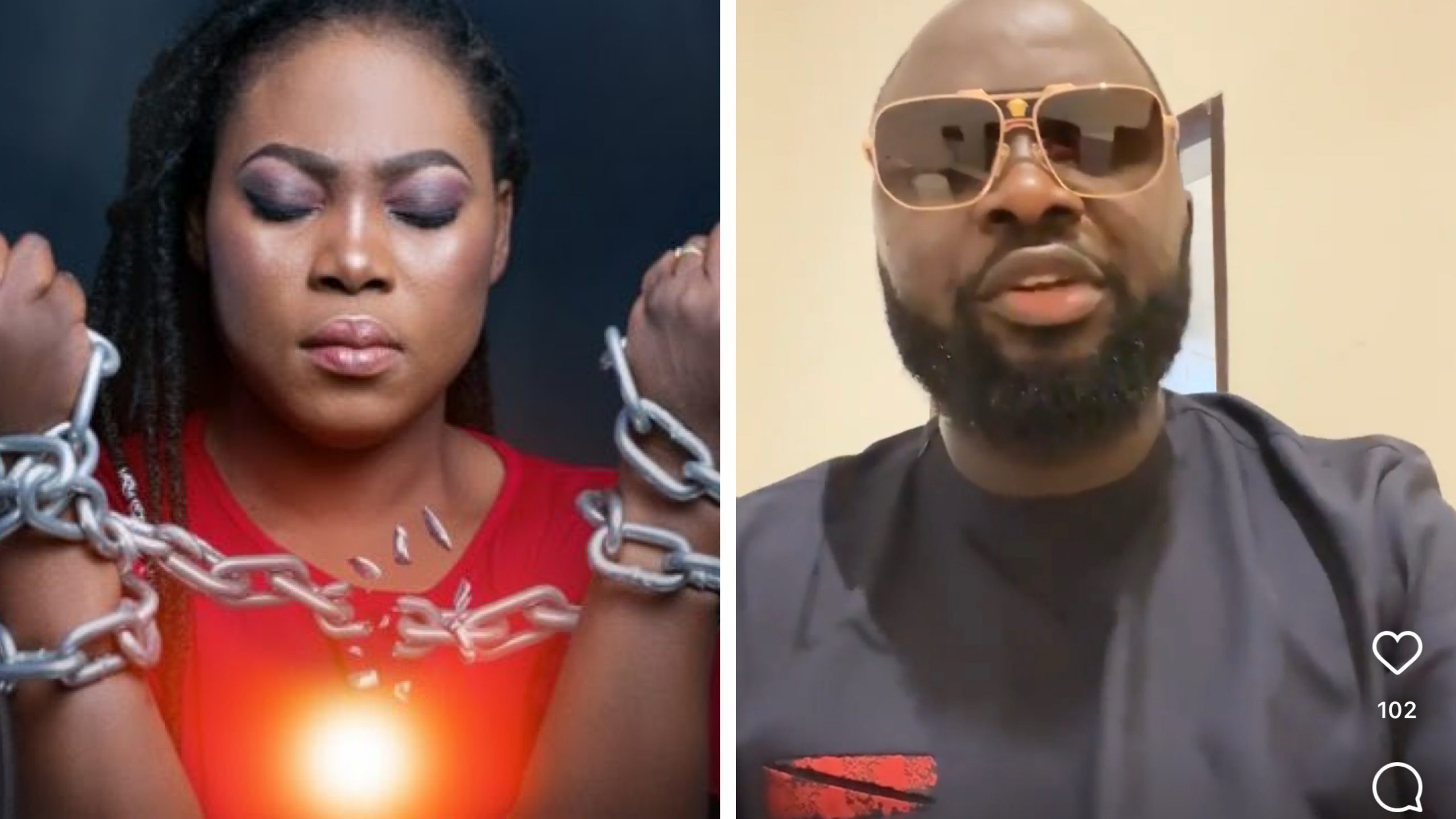 Estranged husband of gospel singer Joyce Blessing, Kwabena Adu Gyamfi  has come out to debunk reports that the video of the singer circulating on social media was sent to him.

The management of the popular gospel singer released a statement following circulation of a video where the singer was drunk and professing her love to a man named “Kwame.”

According to management, the video is a private property that was sent to Joyce’s ex-husband.

“This video is, first of all, an old video of a loving wife expressing private feelings to her husband, and the contents were not meant to be circulated publicly,” they stated. However, Kwabena Adu Gyamfi, the estranged husband of Joyce Blessing has debunked management’s reports that the video was sent to him.

“The video was not meant for me. I am Kwabena Adu Gyamfi, I am not Kwame and the video Joyce made was sent to a Kwame and you know the Kwame you sent the video to. This is an old issue, but the fact that you stated that the video was sent to me is why I’m responding. In the video, you were wearing the wedding ring I gave you, so you were still married to me when you made the video. So today, if that video has been leaked, you should have called me first to explain, maybe because of the kids, I would have helped you out. But your are trying to pin the video on me, I will let Ghanaians know it wasn’t me. You have beaten me and hurt me, painting me black in the yes of Ghanaians. Joyce, the video was not sent to me, so the statement by your management has been given to my lawyers and we will meet in court,” he stated in a video posted online.

According to Margaret Andega, a Kenyan entrepreneur in Atlanta, she was the driving force behind the commercialization of Shea Butter in the US during the late 90s. END_OF_DOCUMENT_TOKEN_TO_BE_REPLACED

Nigerian hip-hop artiste, Eedris Abdulkareem has disclosed that he is battling kidney failure and will have a surgical operation at the end of July. END_OF_DOCUMENT_TOKEN_TO_BE_REPLACED

According to reports from Nigeria, unidentified gunmen have attacked an ‘advance team’ of President Buhari’s presidential aides leading to injuries to two people. END_OF_DOCUMENT_TOKEN_TO_BE_REPLACED

Sensational highlife/afrobeat artist KiDi has said that his dream is to collaborate with Daddy Lumba on a song. END_OF_DOCUMENT_TOKEN_TO_BE_REPLACED

Award winning South African actor, Sthembiso ‘SK’ Khoza has once again become a trending topic on social media after a snippet from his sex tape – which shows him performing oral sex on an unknown woman – went viral. END_OF_DOCUMENT_TOKEN_TO_BE_REPLACED

It is no secret that “HipLife” Grandpapa, Reggie Rockstone is the pioneer of the genre in Ghana. END_OF_DOCUMENT_TOKEN_TO_BE_REPLACED