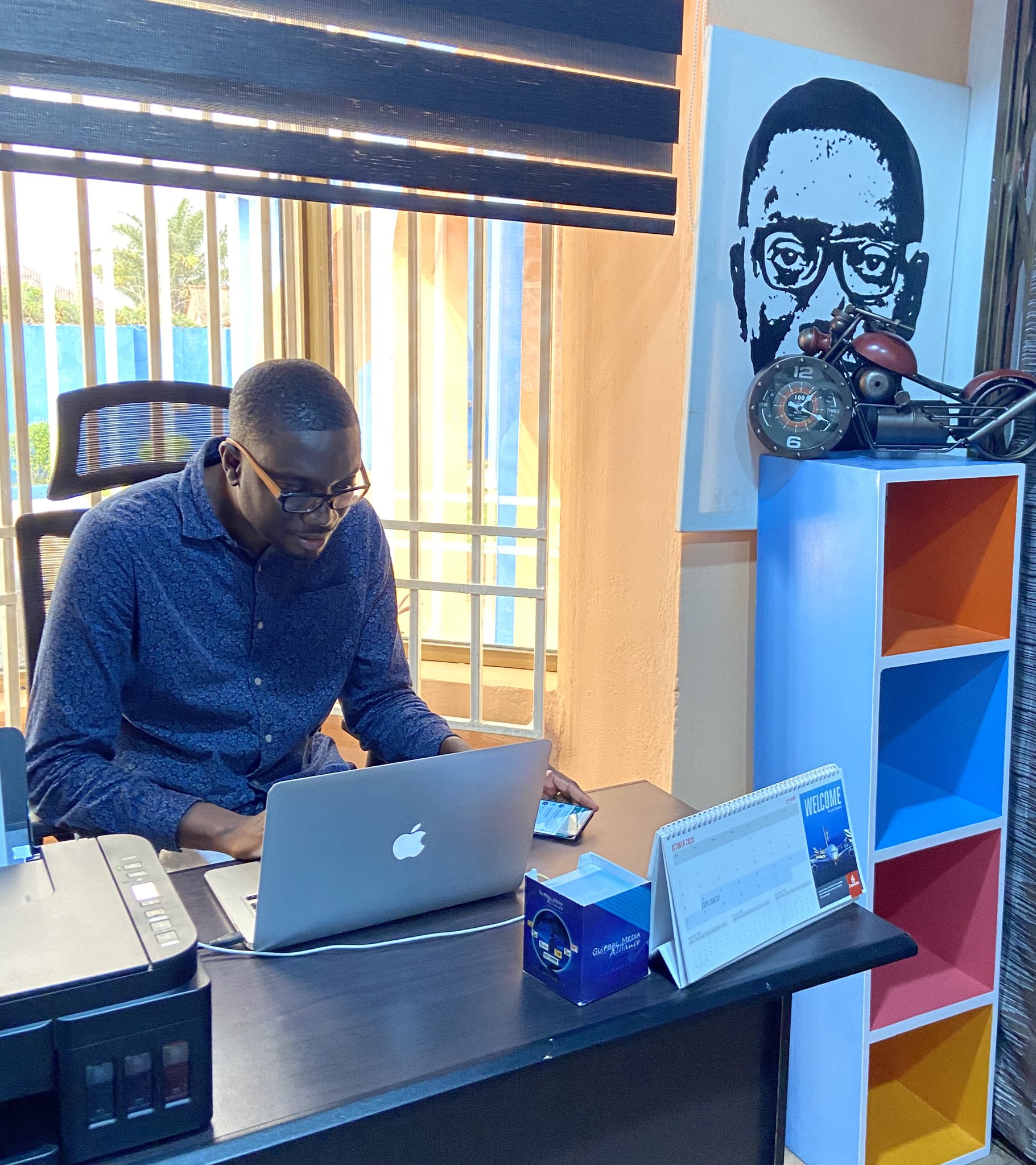 I am sure you have, at least, encountered a report or someone in your life that made you wonder how humanity can coexist with technology; will it save humanity or destroy us?

Understanding the relation between humans and technology is key to responsible development and acceptance of future technologies in almost every application field, be it energy, mobility, health, work, living, learning or entertainment.

As someone who came from obscurity to become a permanent fixture in the online space in Ghana, in the last 15 years, I know too well the role of technology in shaping who I am today. Without the Internet and the tools it comes with, I wouldn’t have a blog, I wouldn’t have the voice and I wouldn’t have the ability to reach millions of people around the world each month.

When I applied to study for a bachelor’s degree in publishing at the Kwame Nkrumah University of Science and Technology, I had no idea what to expect but my passion took me through the ins and outs of the book making industry; and prepared me for whatever the future had for me.

It was in my university days that I got introduced to the Internet. My dad signed us up at home for a dial-up service, and in school an Internet café popped up in my hall of residence (Unity Hall). The Internet fascinated me and I found myself using it for information, entertainment and correspondences at the initial stages.

After university, I signed on to my first social media experience, Hi5 to connect basically with my friends from school. I also used it to showcase my meetings with celebrities as I did my national service with Ovation Magazine. Soon, internet connectivity became available on our mobile phones, making the experience even more in your hands, although the early stages were not that smooth.

Perhaps my biggest experience of using technology to work was when I joined the Africa Interactive Media Foundation in the Netherlands, for the Voices of Africa project. Basically, I was handed a Nokia phone that allowed me to record videos and edit them into feature stories for publishing on AfricaNews.com. I also started using the phone to create content on YouTube, from interviews to concerts and more.

In 2008 I was invited to speak about our Voices of Africa project at the Africa Highway summit in Rhodes University, South Africa. It was an annual conference for everything digital in Africa. Here, I had the opportunity to learn about what other people around the world were doing in the space, and I was particularly encouraged by that to take my personal blogging seriously.

When I returned to Ghana I decided to be more intentional with everything I was doing in order to build a solid brand and voice online.  I launched www.ameyawdebrah.com and never looked back, my presence on Facebook took off like wildfire and I became a mouthpiece for everything that was happening in the entertainment scene in Ghana. I plugged into Twitter as a tool for spreading posts from my blog, and eventually it became a power tool for my voice.  When Instagram    became available on android, I joined and never looked back.

Throughout the journey, my strategy has been to get onto each social media platform and grow with it, using it as a tool that ties into the ‘Ameyaw Debrah’ brand.  Today, I use my strong presence across these platforms as an influencer for brands, as well as social impact campaigns.

Throughout the years, the way I operated and saw others operate has changed, the format and platforms on which blogging is done have evolved, and only goodness knows what the future will look like with the advancements in technology.

Paul Jones, professor of information science at the University of North Carolina, Chapel Hill, captured this journey well in a pew research paper on humanity and technology saying: “While the Internet was built from the beginning to be open and extensible, it relies on communities of trust. As we are seeing this reliance has strong downsides – phishing, fake news, over-customization and tribalism for starters. Will the next Internet strengthen the positives of individualism, of equality and of cooperation? I remain optimistic as we address not only the engineering challenges, but also the human and social challenges arising. All tools, including media, are extensions of man. We shape our tools and thereafter our tools shape us.”

Juan Ortiz Freuler and Nnenna Nwakanma also wrote that: “Unless we see a radical shift soon, the Internet as we know it will likely be recalled as a missed opportunity. History will underline that it could have been the basis for radically inclusive societies, where networked communities could actively define their collective future. A tool that could have empowered the people but became a tool for mass surveillance and population control. A tool that could have strengthened the social fiber by allowing people to know each other and share their stories, but out of it grew huge inequalities between the connected and not-connected, both locally and across countries.”

With the combined power of technology and humanity, we can achieve many great things.

Related Topics:Hunanity And Technology
Up Next