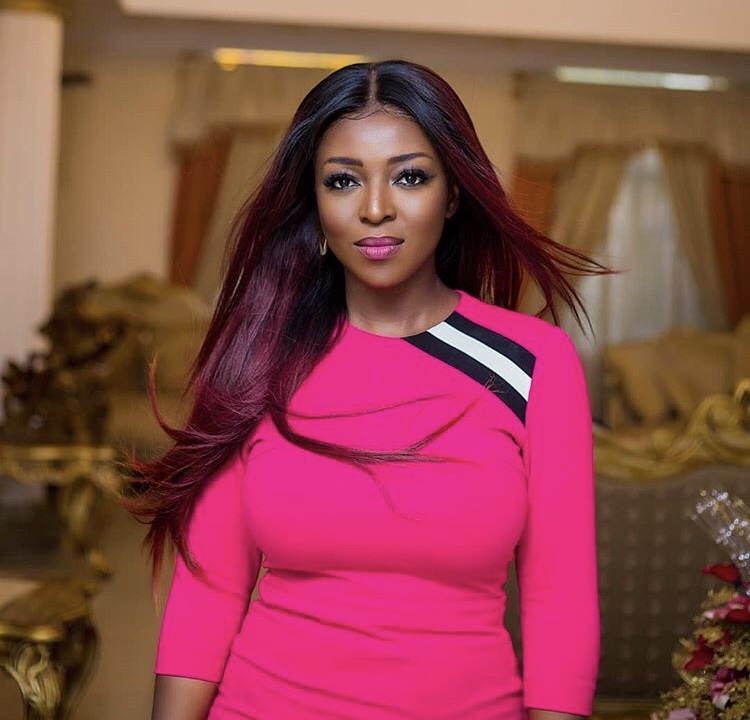 Ghanaian actress and television host, Yvonne Okoro in her latest interview on Okay FM, has denied rumours of having an affair with rapper Sarkodie. According to her, she doesn’t think she wasn’t invited to “The Highest Wedding” because of this. Yvonne Okoro said this after the host, Abeiku Santana, suggested that she wasn’t invited to Sarkodie’s wedding because he didn’t want their alleged secret affair to cause any drama at his wedding. Yvonne expressed shock and said she didn’t think that was the case. “I think the wife should know and will know that definitely there was nothing ever between Sarkodie and I”, she said. She also mentioned that she and Sarkodie were cool, “we are cool, I met him once, I believe, a long time ago at KOD’s event that’s it but I never met him personally again since that time” The actress also added that she only chats Sarkodie once a while via WhatsApp conversations and that only happens once a while when she hears some positive news about the rapper, where she sends him a congratulatory message.]]>

Saying that I’m Stingy is your perception- Sarkodie

Viola Davis makes a stunning transformation in the new trailer for ‘The Woman King’, in which she plays Nanisca, leader of the all-female warriors known as the Agojie. END_OF_DOCUMENT_TOKEN_TO_BE_REPLACED

African-American businessman and jet broker Kelvin Mensah, popularly known as PJKev has added his voice to the many people against the building of the National Cathedral. END_OF_DOCUMENT_TOKEN_TO_BE_REPLACED

Nigerian hip-hop artiste, Eedris Abdulkareem has disclosed that he is battling kidney failure and will have a surgical operation at the end of July. END_OF_DOCUMENT_TOKEN_TO_BE_REPLACED

According to reports from Nigeria, unidentified gunmen have attacked an ‘advance team’ of President Buhari’s presidential aides leading to injuries to two people. END_OF_DOCUMENT_TOKEN_TO_BE_REPLACED

Sensational highlife/afrobeat artist KiDi has said that his dream is to collaborate with Daddy Lumba on a song. END_OF_DOCUMENT_TOKEN_TO_BE_REPLACED