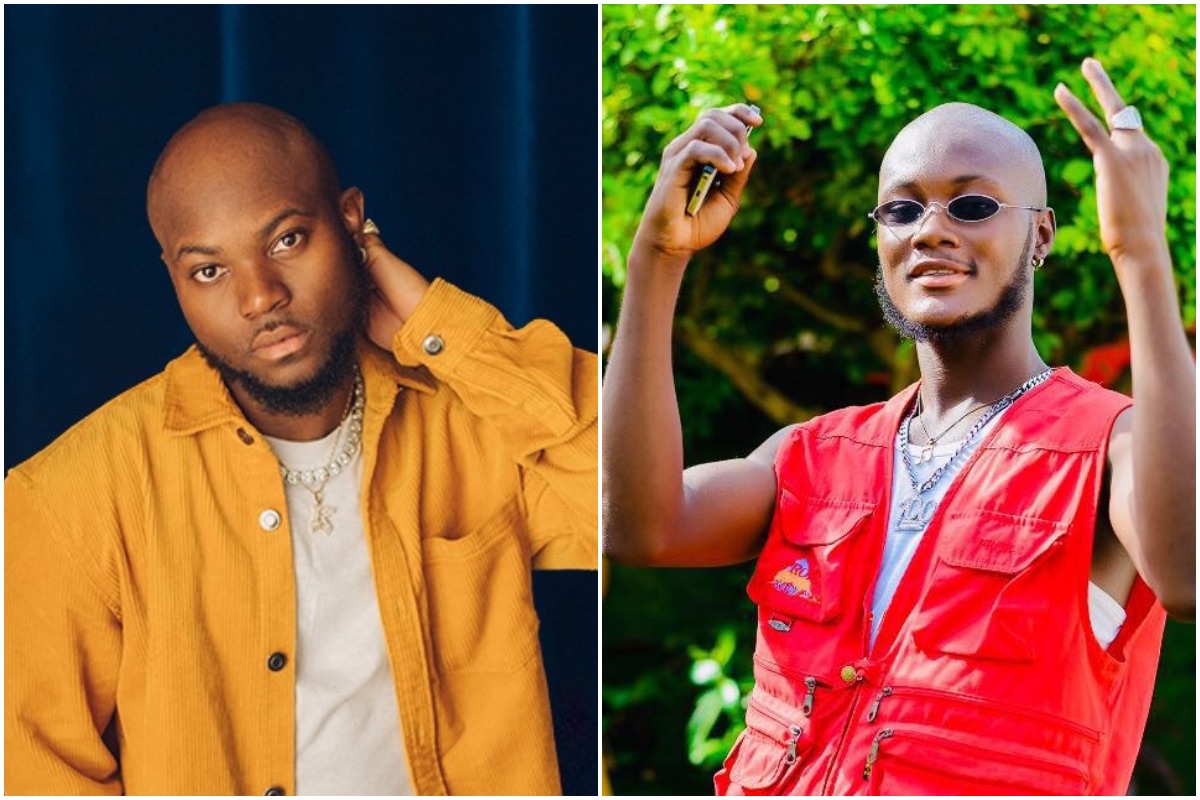 Legacy Life entertainment signee, King Promise has reacted to the myriad of his lookalikes that are circulating on social media.

Over the last couple of days, an upcoming artist named Rebost has caused quite a stir on social media with his impersonation of the “Chop Life” singer.

In a recent interview on Ameyaw TV, King Promise expressed how crazy the “lookalike trend” has been and how many of them he wakes up to everyday.

“It’s crazy…I wake up and see so many of them,” he told host Zeinat.

He was also shocked to hear that they were being allowed to perform his music at events.

“Who is crazy enough to actually pay these guys to perform…and wait, and people actually pay..it’s the world we live in,” he added.

When asked if he was going to stop them, he responded;

“It was funny to me in the beginning but now you go and pick up a mic in my name, obviously there’s going to like clones and people who are trying to be like you because they love who I am and they would love to be like me and that’s fine. I like the fact that maybe I motivate you or you look forward to being like me but when it goes beyond that it might become a problem for you not for me, so make them watch out.”

He however, added that he was flattered that they love him and his music so much.

“But really and truly too, love to them because I see them singing my music,” he stated.

This Week On #TwitterGhana: Samini to contest for SRC President, the revamped National Museum Opened and many more.

Viola Davis makes a stunning transformation in the new trailer for ‘The Woman King’, in which she plays Nanisca, leader of the all-female warriors known as the Agojie. END_OF_DOCUMENT_TOKEN_TO_BE_REPLACED

African-American businessman and jet broker Kelvin Mensah, popularly known as PJKev has added his voice to the many people against the building of the National Cathedral. END_OF_DOCUMENT_TOKEN_TO_BE_REPLACED

Nigerian hip-hop artiste, Eedris Abdulkareem has disclosed that he is battling kidney failure and will have a surgical operation at the end of July. END_OF_DOCUMENT_TOKEN_TO_BE_REPLACED

According to reports from Nigeria, unidentified gunmen have attacked an ‘advance team’ of President Buhari’s presidential aides leading to injuries to two people. END_OF_DOCUMENT_TOKEN_TO_BE_REPLACED

Sensational highlife/afrobeat artist KiDi has said that his dream is to collaborate with Daddy Lumba on a song. END_OF_DOCUMENT_TOKEN_TO_BE_REPLACED