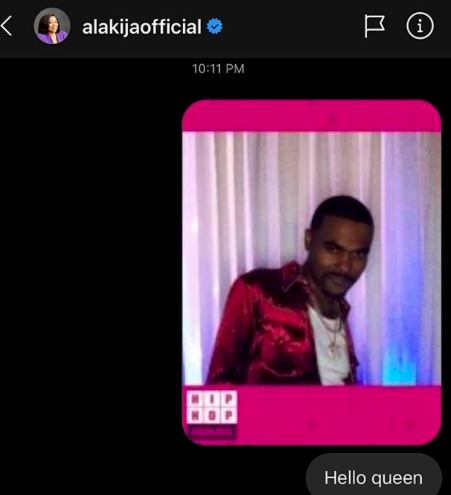 In 2014, Times magazine published that Oprah Winfrey was no longer the world’s richest black woman, and that the distinction belonged to Nigerian oil baroness and fashionista Folorunsho Alakija.

But it seems American stand-up comedian and recording artist, Lil Duval only now got the memo. He posted a photo of Alakija on Instagram and joked “My ol lady just gonna have to understand…….hello my queen 😍😍😍😍 tag her for me”

My ol lady just gonna have to understand…….hello my queen 😍😍😍😍 tag her for me

The comedian didn’t leave at at that. He followed up on his discovery by sending a Direct Message (DM) to Alakija on Twitter and then posted a screenshot again on Instagram to ask his followers, “Do y’all think I’m coming off too strong? 🤔🙏”

Do y’all think I’m coming off too strong? 🤔🙏

It is not clear if Lil Duval got the million dollar reply he was looking for!

Roland Powell was born and raised in Jacksonville, Florida. He adopted the stage name “Lil Duval” to pay homage to his birthplace, Duval County, Florida. After graduating from First Coast High School, he relocated to Atlanta, Georgia. Powell is of African American heritage, but through his grandfather, is of Bahamian descent.

In 2005, he was a finalist on BET’s comedy competition series Coming to the Stage. Powell is a series regular to the MTV2 shows Guy Code and Hip Hop Squares. From 2013 to 2014 he hosted the video show Ain’t That America on MTV2.