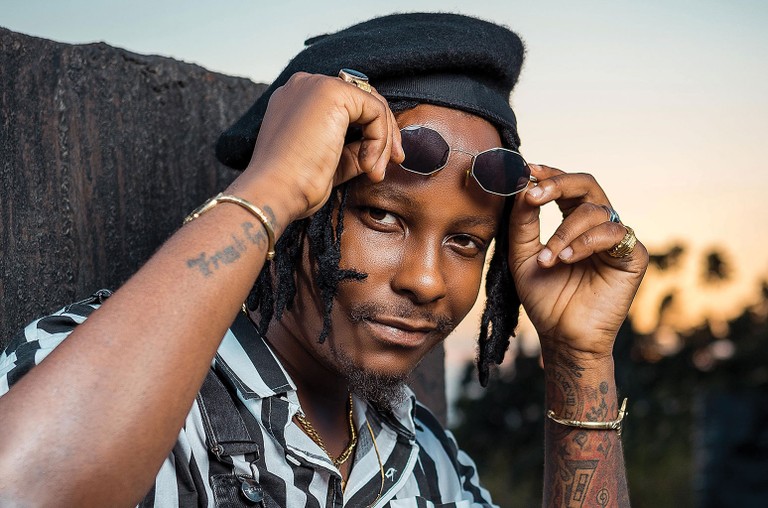 Get the latest news in music, movies, sports, entertainment and more on Twitter. Here is a recap of some of the trending stories during this week on #TwitterGhana

#CapeCoast2022 was trending on Monday morning following a Tweet from President Nana Akufo Addo announcing that this year’s Independence Day celebrations would be held in the historical, former capital city. This is the first time the anniversary is being held in the Central Region, and it is expected that the planned activities will attract many visitors and tourists.

Following the President’s post, people took to Twitter to express their thoughts about the two-week event in Cape Coast. Twitter user, Linux213said, “This is where it all started” and KofiAwortwe11 posted “It’s our time to host. #GhanaAt65”.

Afrobeats singer, Kelvyn boy is making waves with his latest and top-charting single  #DownFlat, in Ghana and beyond. He made an appearance on Glitch Africa which put a spotlight on the single after he thrilled fans with an electrifying rendition. His Tweetabout his live performance had over 1,400 Retweets, and Entertainment Blogger Kobby Kyei, also Tweeted about the amazing performance.

Here’s why Dangote was trending this week. It was reported that the Nigerian business magnate is now richer than the popular Russian businessman and owner of ChelseaFC, Roman Abramovich. PulseGhana also confirmed it in  a Tweet on their Twitter platform. There have been some interesting reactions on Twitter Ghana about the news, with Tweeters plugging business ideas by proposing that the billionaire buys Chelsea FC. In one Tweet, someone asked, “How much is Chelsea? Asking for Dangote” and another Tweet asked if Dangote could really buy Chelsea? Check comments about the news by using the hashtag #Dangote

Will the football rivalry between HeartsOfOakGH and AsanteKotoko_SC ever end? The feeling and the energy in the stadium is always high when they play against each other. Once again, the two most popular local teams will battle out on the pitch at the President Cup 2022 organised annually in honour of the sitting President.

Kotoko & Hearts recently played out a goalless draw during the seventh week outstanding league match. There’s no doubt this will be another tough match but for now, football supporters will have to wait for the outcome on Friday March 4. Hearts posted a Tweet calling on fans to come cheer them while they host their biggest competition. Meanwhile, the match will be broadcast live on GTV Sports.

Phooooooobia-let’s rally round the rainbow 🌈 colours.

Come cheer us on as we host @AsanteKotoko_SC in this year's President's Cup on Friday at 6pm at the Accra Sports Stadium.

#LUTCHE was trending on wednesday evening as ChelseaFC beat Luton Town FC in a 3-2 win to progress through to the FA cup quarter final. The football match took place shortly after Roman Abramovich confirmed that he was looking to sell the club. Chelsea was far from convincing during the game but the goals from Romelo Lukaku and Timo Werner turned things around for the Blues.

As usual the football match wouldn’t be complete without Sports Pundits offering their opinion & the media reporting as seen in this Tweet by Sports Brief celebrating Lukaku’s winning goal.

Nana Mitch: the ingenious mind behind some of your favorite Ghanaian Snapchat Lenses

Ghanaian movie producer, Pascal Aka has revealed how movie awards schemes in Ghana do not take the movie industry seriously compared to their Nigerian counterparts. END_OF_DOCUMENT_TOKEN_TO_BE_REPLACED

Ghanaian actor, Prince David Osei has expressed his concerns about the implementation of tax on mobile electronic transactions (e-levy) and if the government will put the monies into good use. END_OF_DOCUMENT_TOKEN_TO_BE_REPLACED

Ghanaian Lawyer, Sandra Ankobiah is not new to the fine and luxurious life. END_OF_DOCUMENT_TOKEN_TO_BE_REPLACED

General Manager of GhOne TV, Nana Aba Anamoah has cautioned young girls not to fall for the pressures of society and rush into marriages. END_OF_DOCUMENT_TOKEN_TO_BE_REPLACED