This Week on #TwitterGhana brings you all the top stories and trending news you might have missed. Enjoy the recap of this week’s edition.  Twitter is what’s happening and what people are talking about right now.

CAPTAINPLANETGH , a veteran and a formal member of Ghanaian music group 4X4, is here with this hit banger titled “Abodie ” featuring the award-winning music rockstar KuamiEugene. Ghanaians are already buzzing about #ABODIE  and some have already tipped it as ‘Christmas jam’. Popular Entertainment and lifestyle blogger Ameyaw Debrah also shared a Tweet about the new banger.

Sometimes love visits and leaves without saying goodbye. All you have left is music that feels like the memories you shared.

Please RT, a lover may be on your TL. pic.twitter.com/c7OFBDxcRT

On Wednesday, Ghanaians came to Twitter to celebrate the birthday of living legend, Daddy Lumba. Joy997FMposted a Tweet asking Ghanaians to share their favourite Daddy Lumba song during the Super Morning show. This generated conversation around the hashtag #DaddyLumba.

We are celebrating Daddy Lumba today on the Super Morning Show.

What is your favourite "DL" song?

In a Tweet @mygtvsports reported that Anthony Joshua lost his heavyweight titles to Oleksandr Usyk on Saturday night at Tottenham Hotspur Stadium. Check out how some Ghanaians reacted to the news here

Villarreal’s winger Arnaut Danjuma was handed the Player of the Match award after the Spanish side’s 2–1 loss to Manchester United in the Champions League on Wednesday night.

Alhamdulillah 🤲🏽 Proud to take the MOTM. We remember, build and come back stronger! #Danjumagic 🪄 pic.twitter.com/NlmyjZPjOy

Messi’s debut goal was named CL goal of the week

The Goal of the Week results are in – and it's good news for Leo Messi 🙌#UCLGOTW | @Heineken | #UCL pic.twitter.com/MlnocL2eKF

Best CBD For Your Forever Friends A smile on the lips, a gentle touch, crossed arms, or even a mockingly contorted mouth – facial expressions and body language often tell us more about our emotional state than words do. A correct interpretation of emotions is the basis for communication, especially with life partners.

A good couple should always have good communication on an emotional level. This type of communication is the key to preventing possible conflicts and discussions in the relationship.

A psychologist who specializes in relationships and communication on shagle video chatnoticed that many couples today do not support this type of communication between themselves, causing serious problems for each other.

What is emotional communication

This kind of communication is centered on exchanging all of the emotions and feelings shared by a couple. Additionally, empathy is important because it allows each partner in the relationship to put themselves in the other’s shoes.

What happens when there is no emotional communication in relationships

The relationship may significantly worsen if there are specific issues with emotional communication:

The importance of emotional communication in relationships

Maintaining good emotional communication with your partner is important for several reasons:

How to achieve good emotional communication in relationships

In the end, verbal and emotional communication in relationships is equally crucial. Above all, each person must establish good communication with themselves, letting go of any unproductive negative thoughts. As a result, it’s critical to keep in close contact with the partner. To gain a first-person understanding of the other person, you should be able to listen to them and put yourself in their situation. In that case, every aspect of the relationship will be significantly improved, and everyone will feel extremely competent in living together as a couple. If you have begun to notice that you are very tired from work, study, or household chores, you may have come across the concept of “toxic productivity”. In our article, we will find out what it is, how dangerous processing is, and how to avoid burnout in this case. END_OF_DOCUMENT_TOKEN_TO_BE_REPLACED 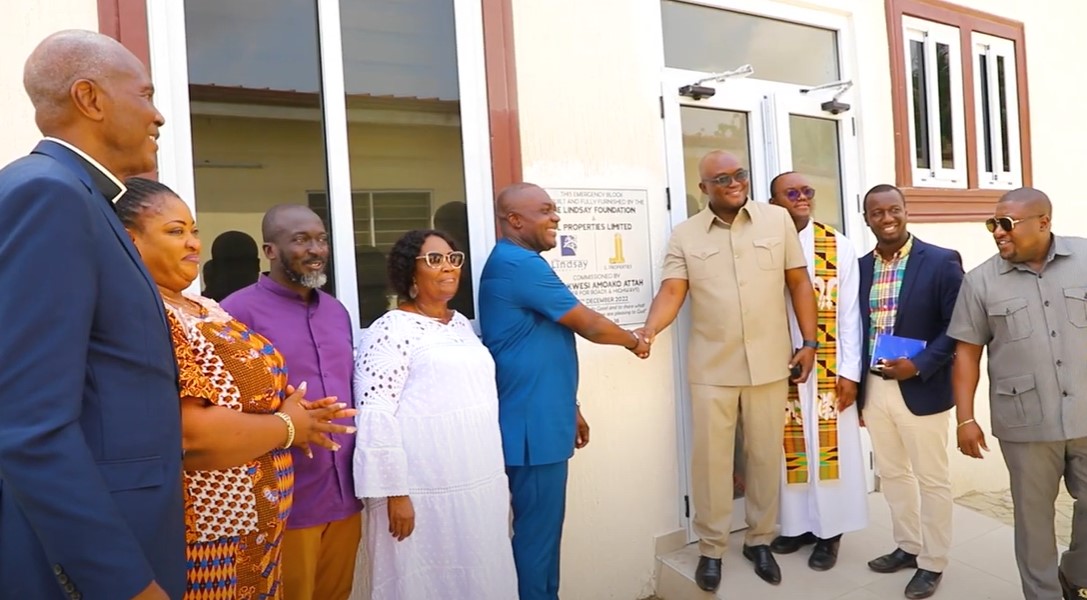 The Lindsay Foundation is a non-profit organization founded in Accra, Ghana. END_OF_DOCUMENT_TOKEN_TO_BE_REPLACED 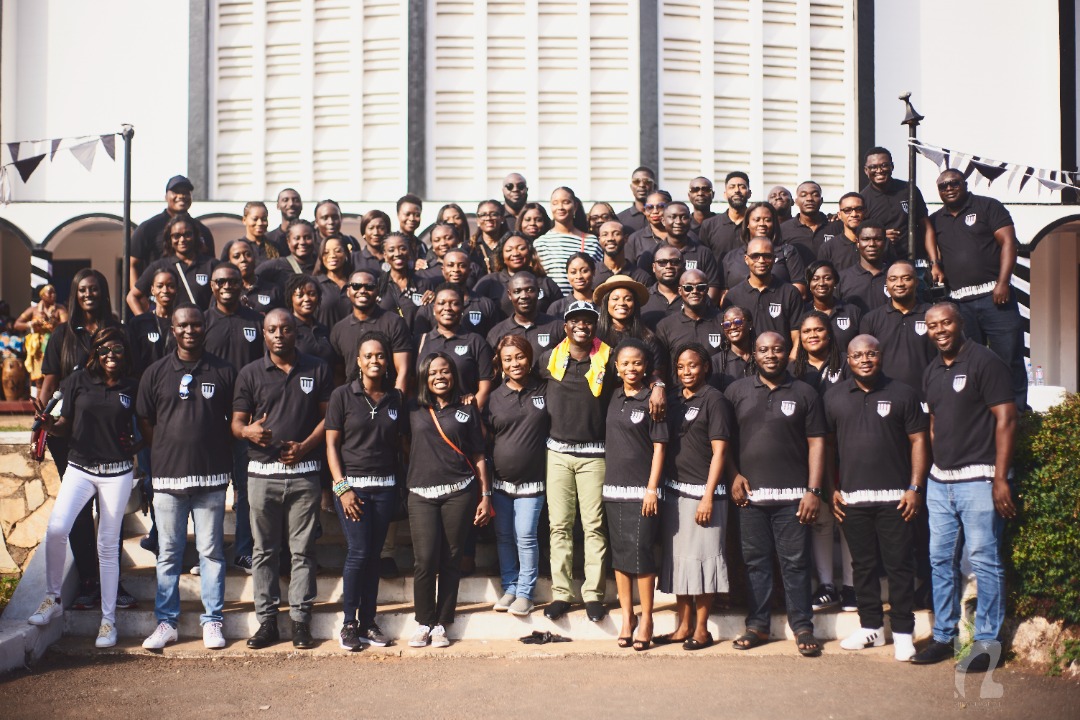 The Class of 2002 of Achimota School expressed gratitude to their teachers on the occasion of Teachers’ Appreciation Day in a spectacular event on Friday, December 2nd which will register as one of the best in the history books of the school. END_OF_DOCUMENT_TOKEN_TO_BE_REPLACED 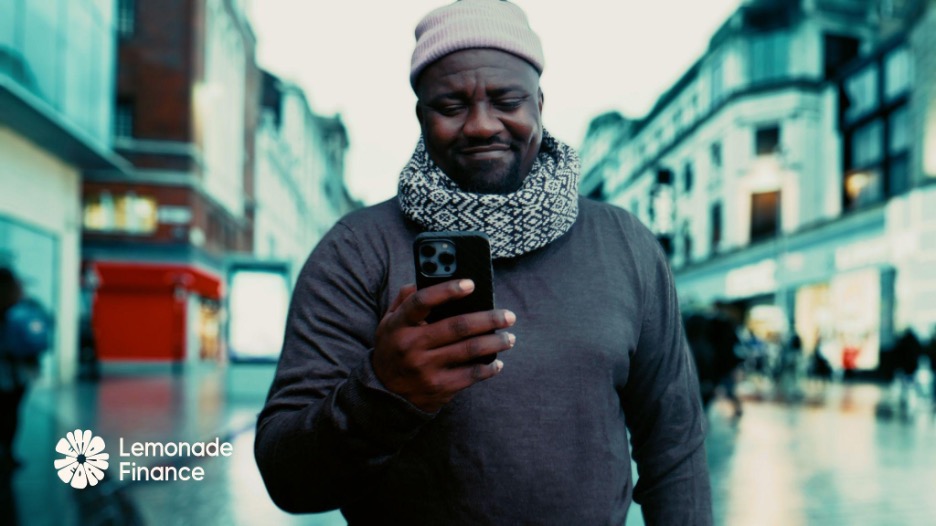 Lemonade Finance is a cross-border payment solution that enables Africans in the Diaspora to send money to Ghana and other African countries. The App is available on the iOS and Google Play Store.

In the heartwarming “For Mama”, he affirms the brand’s promise of helping Africans in the diaspora give back and build home. He brings this vision to life using Lemonade Finance.

As an entrepreneur, John Dumelo understands how the financial support of diasporans can be key to livelihood, education and small businesses in Ghana.

You can watch the video here:

“For Mama” is a celebration of giving back, according to Ayoola Salako, Brand Marketing Manager at Lemonade Finance. “This video is a love letter to the many Africans that already trust us to send the sweetness home” Furthermore. “It is also an invitation to Ghanaians and other Africans in the diaspora, to trust Lemonade Finance as the best way to send money home

instantly, at the best rates and at zero fees”.

You can download the Lemonade Finance app on the iOS Store or Google Play Store. Customers who use the code DUMELO during signup will get a $10, £10 or C$10 cashback when they send over 100 Dollars, Pounds or Canadian Dollars to someone in Ghana or any other supported African countries.

Find out more about the possibilities of Lemonade Finance on this dedicated page for Ghana.

Lemonade Finance was founded on a simple goal, to make it easy for Africans to send and receive money from home easily.

With Lemonade Finance, Ghanaians in the UK, USA and Canada can send money to mobile money and bank accounts, at the best rates, instantly and at zero fees.

The Lemonade Finance app is used by thousands of Africans in the United States, Canada and the UK to send money back home to Ghana, Kenya, Nigeria and seven other African countries.

The Official Lemonade Finance channels are: 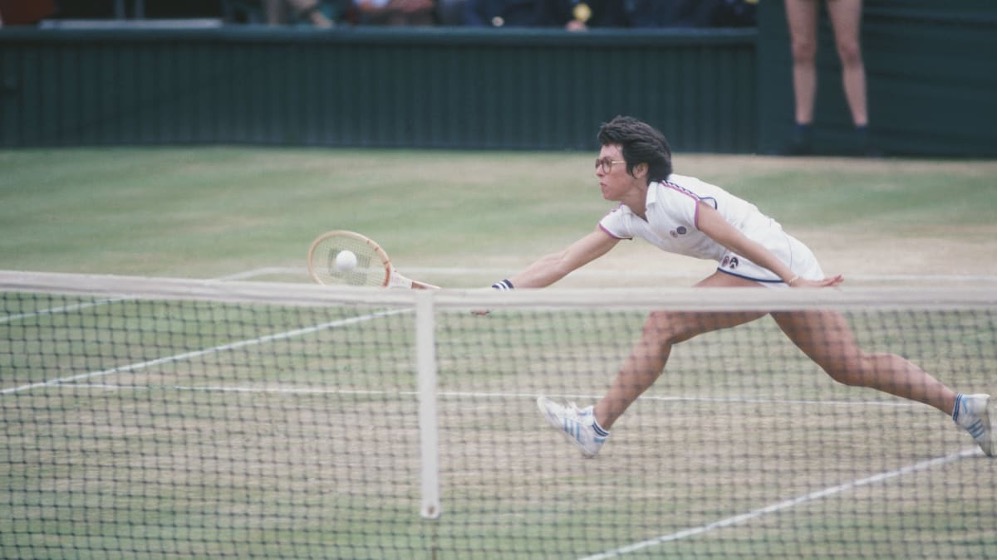 The Fed Cup was a highly entertaining female tennis competition where the best national squads in the world competed year after year. If you want to wager on these kinds of tournaments, you can use 1xBet for sports betting in Zambia, which is compatible with computers and mobile devices.

In 2020 the tournament was renamed as the Billie Jean King Cup. Let’s now review the career of the legendary player that gave her name to this competition.

Billie Jean King is a former tennis player from the United States. He played the sport in a professional manner between the years 1968 and 1990. The 1xBet Zambia website can always be used for sports betting in the best tennis tournaments and players from all over the world with the best odds too.

King’s career is full of achievements and accolades in both individual and group terms. If you want to wager on other tennis players who also constantly receive awards and recognitions, the platform http://1xbet.com.zm/live site is what you need.

Some of the most important achievements she obtained throughout her career included:

The 1xBet website can also be used to wager on other fantastic tennis players as well. Billie Jean King also won competitions in doubles tennis and even mixed doubles, which makes her figure even bigger. In fact, she was also one of the founders of the WTA, which was established in 1973.

Probably the biggest recognition that Billie Jean King obtained throughout her career was having the Fed Cup renamed after her. The games available at https://www.1xbet.com.zm/casino are a perfect option for trying to win great rewards while waiting for this tournament.

If that wouldn’t be amazing enough, the USTA Billie Jean King National Tennis Center was also named after her in 2006. This is the tennis stadium complex used for the US Open. Many other accolades followed, including some that put her as not only one of the best tennis players ever, but also as one of the best sportswomen ever. Whenever other outstanding athletes perform, you can visit 1xBet and place all kinds of wagers on them.