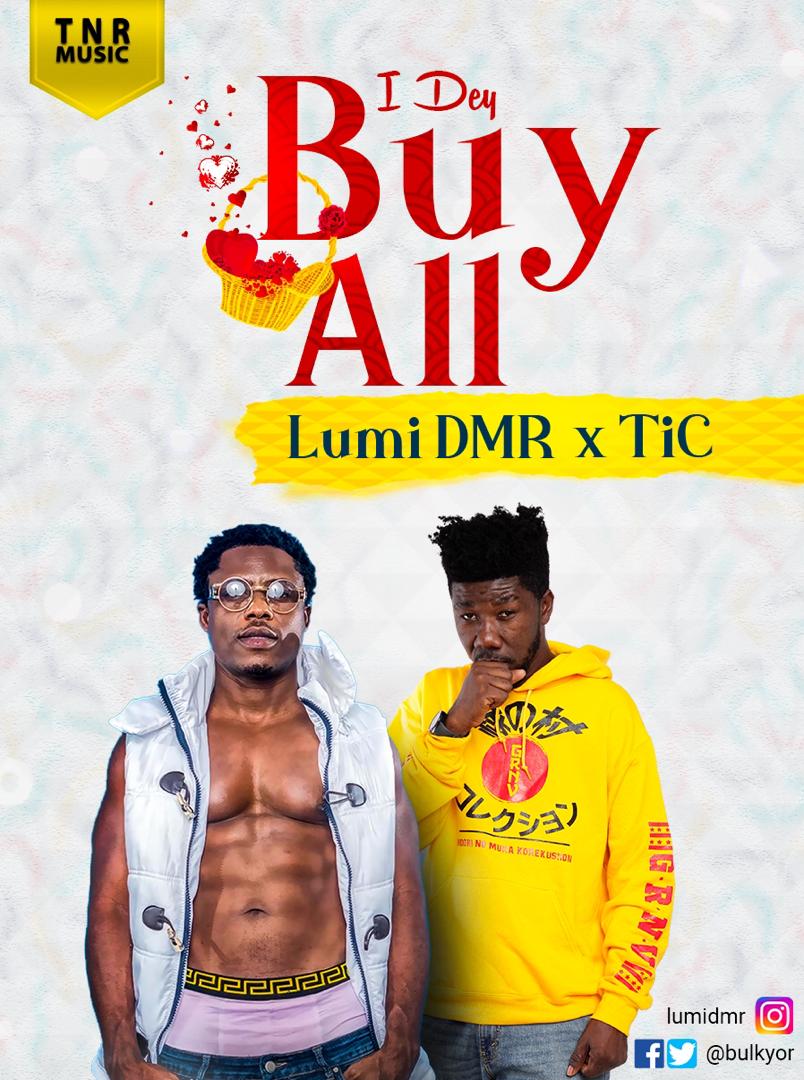 Something which started as a surprise call on CTV, has become a reality after the two went to the studio to prove their musical prowess on a song dubbed “I Dey Buy All”.
The Ghanaian afrobeat musician, Luminary DMR knelt on a live television show after he was surprised by legendary musician TiC during an interview.
According to Lumi, during the interview on CTV Showbiz Live programme earlier in the year, TIC is a godfather in music and must be revered for his achievements.
As he kept idolising the legend, the host surprising called TIC on phone for Lumi to have a direct conversation with the “Goro” hit maker.
This lead to promise by the Ghanaian music icon TiC that he was opened for a collaboration from Lumi DMR on a straight street anthem
True to his words, TiC has featured on the new song by Lumi DMR with a message of rising up to the top regardless of the challenges faced.
For Lumi DMR, it was a dream come through for him to be in the studios with such an icon of African music to have a song together, a gesture for which he expressed his appreciation and called on such support from established artistes.
The song released under TNR Music is available on all digital music stores across the world.