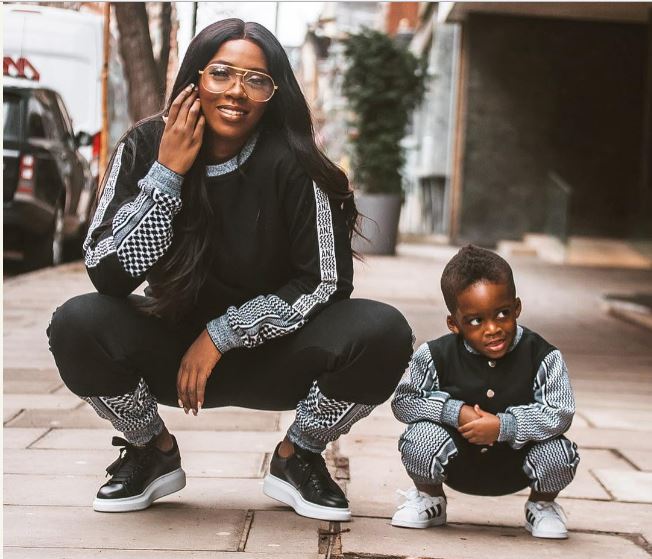 The universal music signed artiste rented an entire cinema for her son and his friends to watch The Lion King, to celebrate his birthday.

Jamil was seen with Davido’s daughter at the birthday party as the pair embraced each other as good friends.

His mom later took him and his friends to an undisclosed cinema to watch the new Walt Disney animated film The Lion King.

Tiwa Savage welcomed her son Jamar with her Ex-husband and then manager Teebillz on July 22nd, 2015 in London.

Eno Barony is a better rapper than Sarkodie -Bulldog

Actor Prince David Osei refused to kiss an actress because her mouth smelled like ‘manhole’.