Ghanaian actor Funny Face’s recent relapse has taken a drastic turn and it does not look funny anymore.

After the comic actor’s earlier jabs today directed at notable people in the Ghanaian society like Fadda Dickson, Bola Ray, and Togolese International Footballer, Emmanuel Adebayor, Funny Face appears to have left a suicide note to his family and friends on his WhatsApp status.

In a screenshot of the post which has now gone viral, the “COW & CHICKEN” actor named all his children, listed his properties and gave details of who he’s given access to his properties as he is about “to die a hero”.
He also tasked his daughters to carry on the baton and fulfill his biggest desire of setting up an ultra-modern children’s playground.

See the note below… 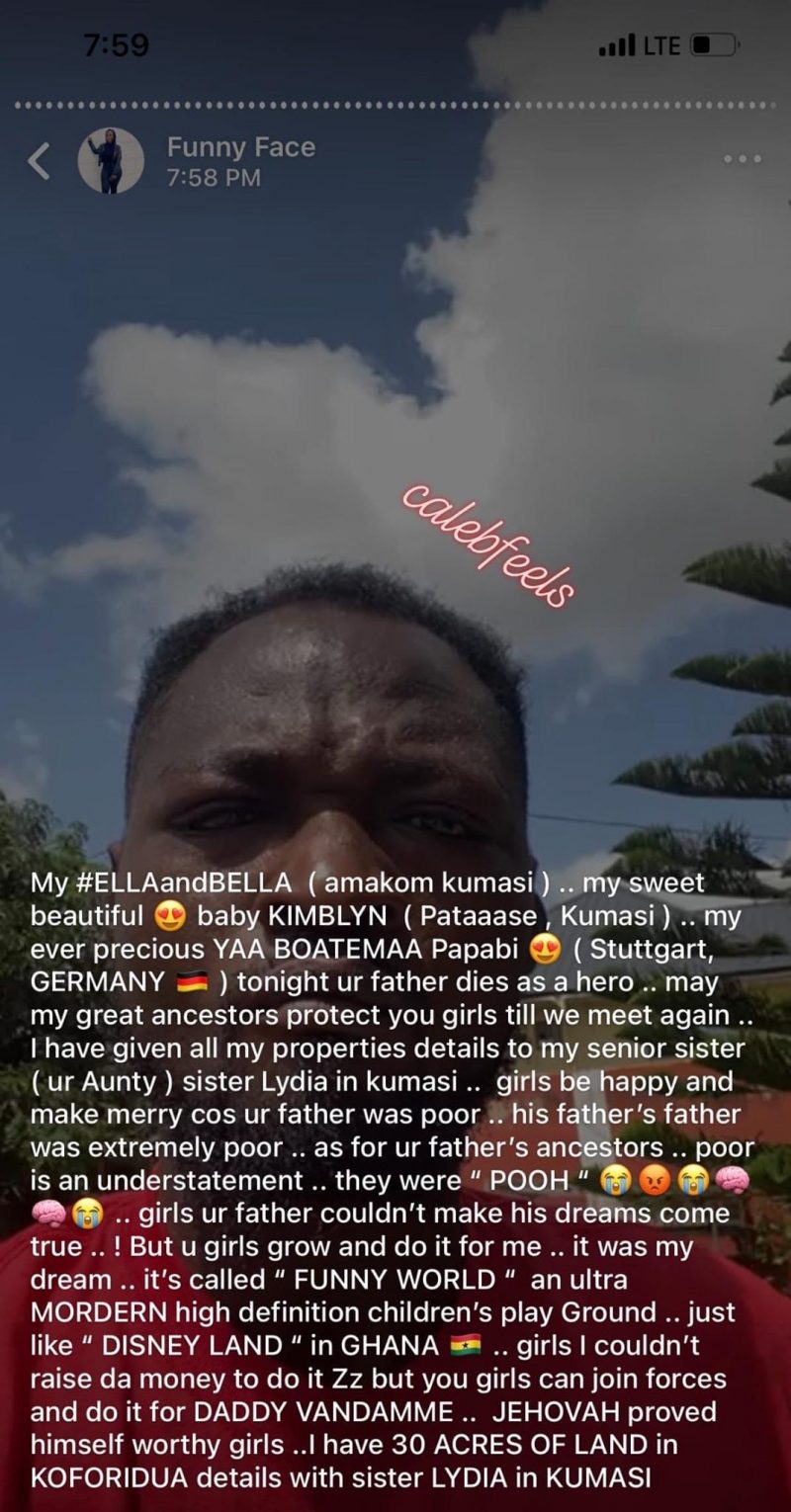 Black Stars Captain, Andre Ayew has spoken up after his penalty miss at the FIFA 2022 World Cup Tournament. END_OF_DOCUMENT_TOKEN_TO_BE_REPLACED

Ghanaian actor and entrepreneur, John Dumelo has requested for the funds set aside for the Black Stars, had they qualified to the round of 16 in the FIFA 2022 World Cup, to be used to purchase desks for school kids. END_OF_DOCUMENT_TOKEN_TO_BE_REPLACED