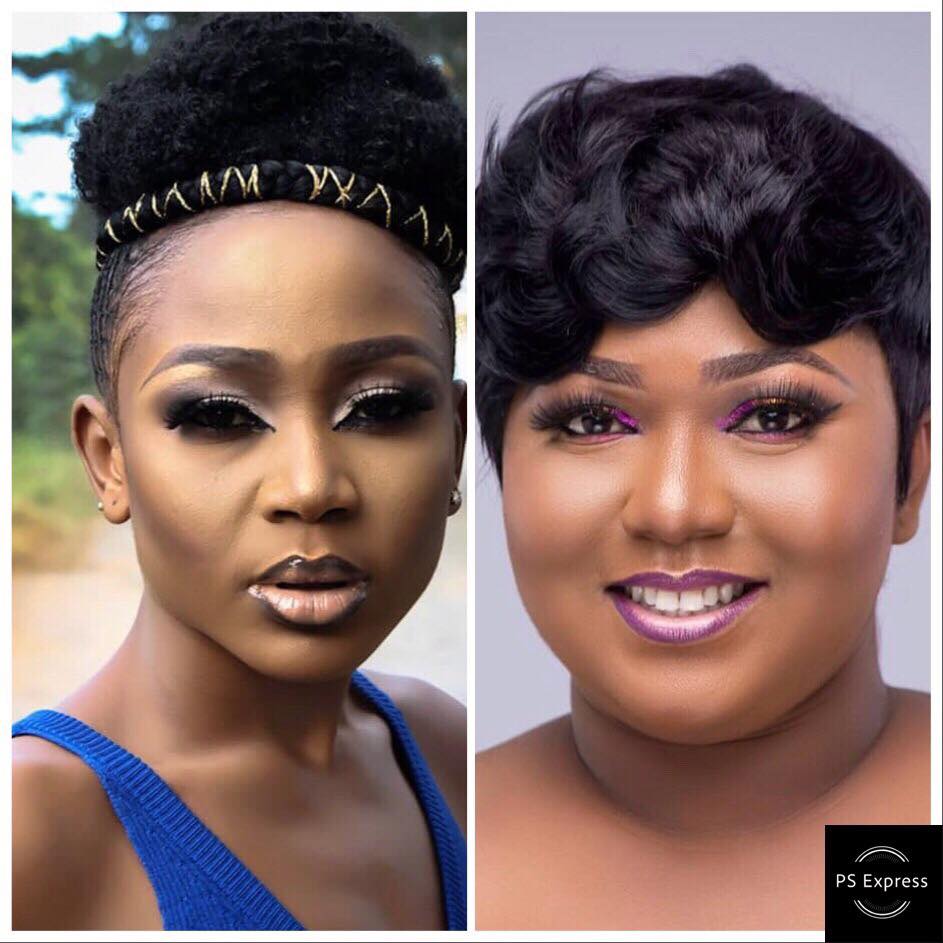 This happy reunion happened at a press conference organized for her upcoming 14th movie “Baby Mama” in Kumasi.

Kumawood actress Xandy Kamel and part-time actress Akuapem Poloo had engaged in a social media fight, throwing dirty insults at each other.

Akuapem Poloo in a video several weeks back told people on social media to stop tagging her in their stupid activities as she was not ready to mingle with poor and obnoxious people.

Xandy then jumped on Akuapem Poloo’s post stating that people like her always tag Akuapem Poloo in their post so that she can learn some sense from it.

The Kumawood actress after raining insults on Akuapem Poloo called Poloo a fool and then threatened to beat her up as she had already promised.

At the press conference, Xandy Karmel told media personnel present that thanks to miracle worker Tracy Boakye, she is back on good terms with Akuapem Poloo and Zionfelix both of which she was not talking to for a very long time.

Akuapem Poloo also thanked Tracy for her role in bringing peace between the two celebrities and stated her readiness to work with Xandy and others in the movie industry.

What a time to be an African! On the back of a successful Global Citizen Festival in Accra, and a visit of  Recording Academy CEO, Harvey Mason Jr to Ghana, his first trip to West Africa, it appears that Afrobeats may soon get its individual shine at the Grammys! END_OF_DOCUMENT_TOKEN_TO_BE_REPLACED

The School of Graduate Studies of the University of Professional Studies (UPSA) has honoured Ghanaian musician, Rebecca Acheampong known popularly as Becca for her outstanding academic achievements. END_OF_DOCUMENT_TOKEN_TO_BE_REPLACED

Platinum selling artist, KiDi has reacted to the resurfacing of his old tweets on the social media platform. END_OF_DOCUMENT_TOKEN_TO_BE_REPLACED