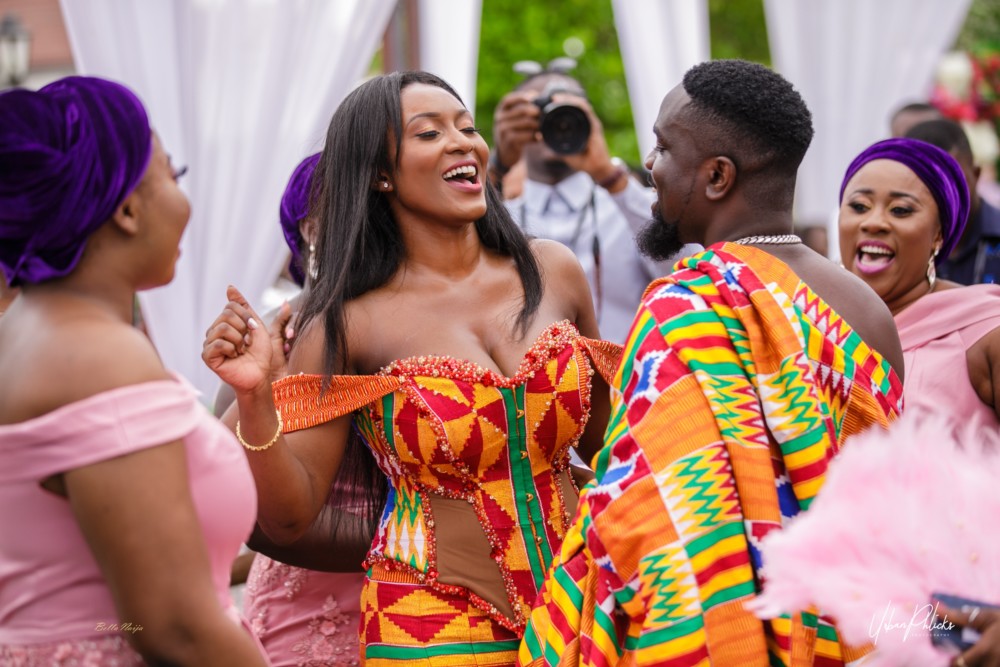 Wife of award-winning rapper Sarkodie, Tracy Owusu Addo, has revealed that her husband barely made it to bed whilst recording his “Alpha” mixtape.

According to her, Sarkodie spent most of his time in the studio perfecting his mixtape.

Tracy revealed this whilst answering to a fan’s question on Twitter:

Tracy answered saying that “He doesn’t come to bed early… man will be will be recording sometimes till 2am, 3am or 4am

Sarkodie released his long awaited mixtape, “Alpha” on June 7th. According to Sark, the mixtape is just a teaser for his album that will be dropping later on in the year.

Sarkodie and Tracy got married in July, 2018 after a long period of dating. They have a beautiful daughter, “Titi” together.

He doesn’t com?e to bed early… man will be will be recording sometimes till 2am, 3am or 4am 🙄😔 https://t.co/1BMs4wNvst