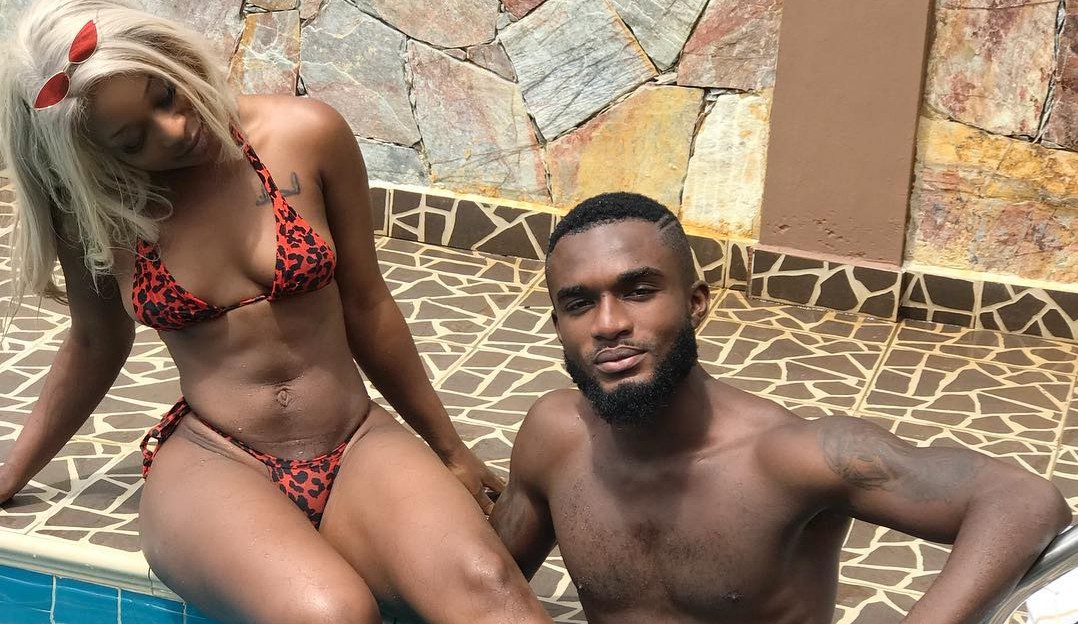 Efia-Odo-and-Boyfriend[/caption] Earlier last week, a video surfaced on the internet which featured Actress and TV Presenter, Efia Odo’s boyfriend, Kweku  Revloe with another lady at a restaurant. He was seen pulling out a chair for her to sit on. Initially, the actress denied the rumors when Famebugs posted the video on their Instagram. She wrote, “He’s a kind man who treats every woman like a Queen that they are, nothing wrong with pulling out a chair for another beautiful woman” Anyway, it looks like the two may have broken up for real because checks on her Instagram page this afternoon reveals that she has deleted all pictures of her and Revloe. Quite recently social media roared when Efia Odo outdoored her new boyfriend to the world. Whilst some of her fans had the opinion that the relationship wouldn’t last, Efia thought otherwise. Whilst there were reports that Revloe was expecting a child with another woman, this video seems to have sparked more rumors about the status of their relationship. Well, it’s all speculations for now until one of them publicly announce their break-up.  ]]>

Black Sherif is getting ready to release his debut album, and the tracklist has everyone excited. END_OF_DOCUMENT_TOKEN_TO_BE_REPLACED

The Ghana Police Service has mounted a search for a man who was caught on video flogging a baby under a tree. END_OF_DOCUMENT_TOKEN_TO_BE_REPLACED

Broadcaster, Serwaa Amihere has advised women not to put too much stress on their men as they may be going through a lot. END_OF_DOCUMENT_TOKEN_TO_BE_REPLACED

Dr. Edem Mahu from the University of Ghana, has received the “Africa Award for Research Excellence in Ocean Sciences” from AGU. END_OF_DOCUMENT_TOKEN_TO_BE_REPLACED

A brand-new Alisa Hotel location in Tema was unveiled on Friday, September 30, 2022 in pomp.  END_OF_DOCUMENT_TOKEN_TO_BE_REPLACED