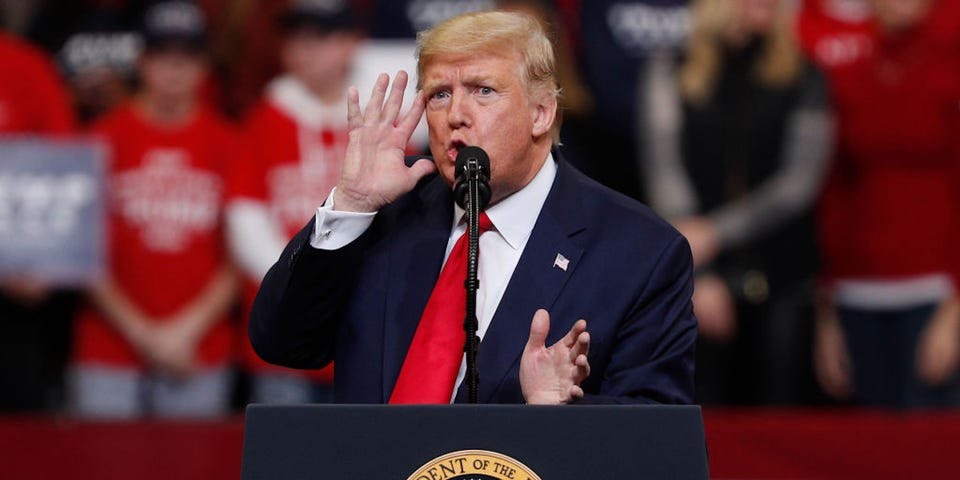 President Donald Trump tweeted a video trolling Democrats that says he will be “president 4eva” as his first official response to the US Senate formally voting to acquit him on charges of abusing his power and obstructing Congress after a two-week-long trial.

On February 5, the Senate voted 52-48 to acquit Trump on the abuse-of-power charge and 53-47 on the obstruction charge, wrapping up a whirlwind four-month-long impeachment process that began in September.

The expected acquittal vote came after a highly contentious vote over whether to call witnesses failed 49-51 on January 31, effectively ending the trial and making it the first Senate impeachment trial to feature no witness testimony.

The video, which Trump has tweeted before, is a video-montage adaptation of a 2018 Time magazine cover that is set to music and jokingly shows Trump as president for the next several centuries.