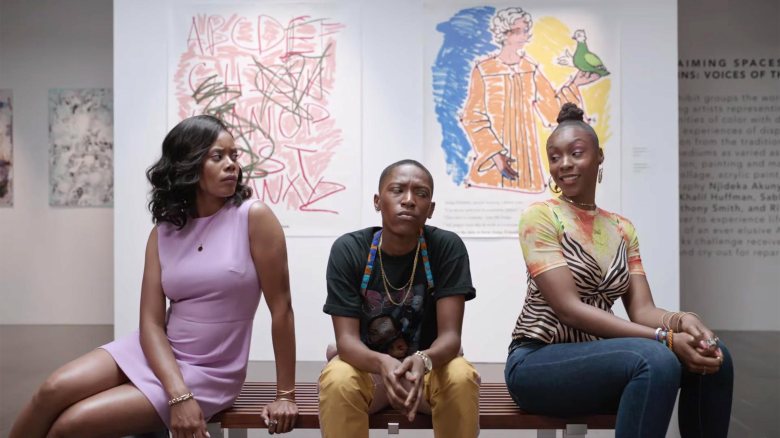 It was an emotionally charged night full of entertainment, glamour and red-carpet extravaganza as Africa’s biggest film and television stars gathered at the Eko Hotels and Suites in Lagos for the seventh edition of the Africa Magic Viewers’ Choice Awards (AMVCAs).

Hosted by the duo of IK Osakioduwa and AMVCA newbie Amina Abdi Rabar, the event held on Saturday, March 14, and is organized by Africa Magic in association with MultiChoice. The 7th edition of the AMVCAs was also sponsored by Amstel Malta

The biggest win on the night for Ghana was seasoned actress Gloria Sarfo in the category of Best Supporting Actress in a Movie/Series in Shirley Frimpong Manso’s Perfect Picture :10 Years Later. Even though she could not make it to the event she held a viewing party with friends and family, and they celebrated her win in grand style sponsored by Multichoice Ghana Ltd. Missed the show? Catch the repeat of the Red Carpet Saturday 12pm, 1pm & 3pm on AM Showcase, Family and Urban and the Live Show Saturday 3pm & 7pm AM Showcase & Family Sunday 10:30am AM Urban.

Millennials and Gen Z, this is for you! Did you catch the premiere of our new exciting series Twenties? It tells the story of a black woman in her 20s named Hattie and her two straight best friends, Mari and Nia, chase their dreams in Los Angeles as they try to figure out life, love and the professional world. Twenties shows every Wednesday at 8pm on BET CH 129.

Josephine Chesterfield is a glamorous, seductive British woman who has a penchant for defrauding gullible men out of their money. Into her well-ordered, meticulous world comes Penny Rust, a cunning and fun-loving Australian woman who lives to swindle unsuspecting marks. Despite their different methods, the two grifters soon join forces for the ultimate score — a young and naive tech billionaire in the South of France. The Hustle, showing this Sunday at 6pm on M-Net CH 101.

They may live in the lap of luxury, but life isn’t always perfect for the women who reside in one of the wealthiest enclaves of the U.S. They continue to focus on living large; plastic surgery, working out, shopping, drinking, dancing, and dining out top their agendas. The quartet that remains from previous seasons — Vicki Gunvalson, Tamra Barney, Gretchen Rossi and Alexis Bellino — welcomes a new woman into the fold this season, former actress Heather Dubrow, now a stay-at-home mother who is married to a prominent Newport Beach plastic surgeon. A drama filled season of The Real Housewives of Orange County shows Fridays at 4pm on 1Magic CH 103.

Fueled by romance, friendship, gender politics, love and of course, sex, this half-hour serialized comedy continues the story from the same-named 1992 American romantic comedy film, in which a successful executive finds out his boss is a bigger deviant than he is. The updated version follows the lives of Jacqueline Boyer’s son, Bryson, and Marcus and Angela Graham’s daughter, Simone, as they try to step out of their parents’ shadows and create their own legacies. Viewers see a group of childhood friends as adults who are looking to build careers as marketing professionals while navigating their feelings for one another. A new season of Boomerang shows every Thursday at 12:30pm on BET CH 129.

The series follows the story of two siblings who witness the murder of their parents in the hands of one of the drug cartels in Mexico, after this murder, Roxana Rodiles the younger sister of Alejandro Ferrer is kidnapped. 25 years later, Alejandro Ferrer is now the captain of the Federal Police and only seeks revenge against the narcos for destroying his family. Roxana that after 25 years disappeared and ignoring that her brother is Alejandro enters a business of buying and selling diamonds. However, everything will be reduced when the interpol that silently followed the trail of money tries to capture it. After being detained and interrogated, Roxana enters the prison of Las Dunas, a boarding school with almost unique characteristics throughout Mexico, since it simultaneously houses, although in different pavilions, men and women deprived of liberty for being accused or condemned. for the most diverse crimes. Alejandro knowing this is responsible for sending Daniel Laborde as an infiltrated agent who will try to fall in love with Roxana to obtain information, after several misunderstandings between the two siblings and without knowing they are relatives, they will try to destroy the narcos. Almost Yours shows daily at 6pm on Telemundo CH 118.

With kids at home this season, DStv has the best edutainment shows to keep them busy, safe and entertained with different channels.

Tune in to Mindset CH 319 for your kids who are 13 years onwards.  The channel has programs that covers subjects like Mathematics, Physical Science, Life Science, Geography, Economics, Business Studies, Accounting, English, and Information Technology.

PBS Kids CH 313 is designed for improving the early literacy, math, and social-emotional skills of young children ages 2 to 11.

The theme for this week is chart topping and it’s a double elimination episode! Join Trigmatic, Elikem Kumordzi and the whole Old Mutual Amazing Voices crew as they bring us another exciting talent filled moment at 1pm on AfricaMagic Family CH 154.

The duo of Jenny Koko and Louis (Jelo) have been checked out of Ultimate Love, proudly Naija reality television show, after an exciting and entertaining experience at the Love Pad.

The couple became the third couple to leave the Love Pad on Sunday after they received the least number of votes out of the four nominated couples from the voting public last week. They, however, went home with N100,000 and other beautiful gifts after they declined to play the Jeopardy game on stage.

Meanwhile, five couples were nominated for possible check-out during the live nomination show on Sunday

The couples with the least number of votes will be evicted during the live check-out show this Sunday at 6pm on all AfricaMagic Channels. Ultimate Love is live 24/7 on DStv Premium, DStv Compact Plus, DStv Compact on CH 198.

The next few weeks will present DStv audiences the opportunity to relive some of their favourite sports action that will feature documentaries, football action from Premier League, Champions League among a mixed bag of nostalgic moments. Be sure to tune in starting Friday 21st March.

Boomerang, Kids + More this on GOtv

300,000ghc up for grabs in Living Fields Agri Challenge

This Week’s episode features new music from Kay Faith, all the breaking hip hop news, and the hottest tracks of the week from around Africa! END_OF_DOCUMENT_TOKEN_TO_BE_REPLACED

Football fans on DStv already have the best seat in the stadium with SuperSport’s unrivalled football offering, and nowESPN (DStv ch. 218) is adding to the roster with  English Football League, Eredivisie and the Scottish Premiership returning, and the Belgian Jupiler Pro League joining the channel to  bring extra  football action from across Europe to audiences across the continent. END_OF_DOCUMENT_TOKEN_TO_BE_REPLACED

Hailed as “the best medical drama in years” by TIME, This Is Going To Hurt is now available to binge on Showmax END_OF_DOCUMENT_TOKEN_TO_BE_REPLACED

On Tuesday, August 2, Netflix hosted a “See What’s Next Africa” content showcase in Lagos, Nigeria, to spotlight its increased investment in Africa’s rich storytelling history through exciting new projects in a wide range of genres and formats that will be available in 190 countries. END_OF_DOCUMENT_TOKEN_TO_BE_REPLACED