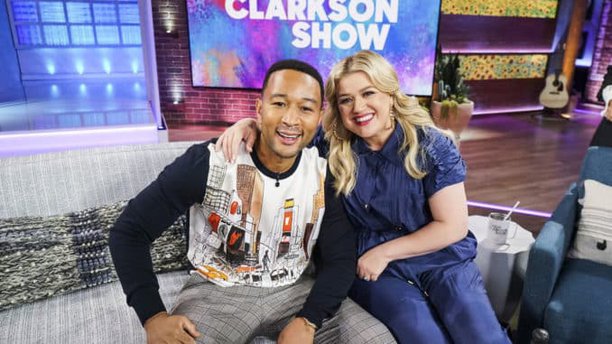 The reality series follows the journey of single men and women living in an isolated location in their quest to find life-long love and build a relationship as a couple that could culminate in marriage. The winning couple will be rewarded with a lavish traditional wedding ceremony and a fully furnished home if they commit to getting married.

For the maiden edition, a total of 16 strangers, comprising eight men and eight women will be live on television for 24 hours throughout the duration of the show as they participate in a series of locally inspired activities to test their compatibility as couples, with viewers voting off their least favorite couple every week.

Ultimate Love will be LIVE and 24/7 on DStv Premium, Compact Plus, Compact, Family and Access, on channel 198 and GOtv Max and Plus packages on Channel 129. Don’t miss out!

Singer Kelly Clarkson brings her gift of connection to a fun and funny hour each weekday, offering heartwarming stories, live musical performances, games and surprises. The Kelly Clarkson show premiers on 3rd February on MNet CH 121 and will show weekdays at 4pm.

Nerd lovers, Young Sheldon is back with a new season (YR 3). On episode one, after Dr. Sturgis experiences a nervous breakdown, Mary worries Sheldon is headed down a similar path; Georgie discovers he has a knack for sales. Starts 1st February at 5:30pm on MNet CH 101.

Set several centuries in the future, the abandoned Alita is found in the scrapyard of Iron City by Ido, a compassionate cyber-doctor who takes the unconscious cyborg Alita to his clinic. When Alita awakens, she has no memory of who she is, nor does she have any recognition of the world she finds herself in. As Alita learns to navigate her new life and the treacherous streets of Iron City, Ido tries to shield her from her mysterious past. Alita Battle Angel showing this Sunday 2nd February at 6pm on MNet CH 101.

Time to binge some of our favourite black movies!
Until Sunday 16 February, M-Net Movies Blackout(ch.109) will be showing some of the excellent African-American Hollywood actors in some of their greatest films!

The Nineties, a TV documentary miniseries chronicling the trends, pop culture, and important events that took place from 1990 to 1999. Brand new and exclusive to History CH 186, Sunday 2nd February at 7:20.

The quintet known as Dude Perfect is one of the most prolific video producers on YouTube, having amassed more than a billion views on the streaming-video site and countless more views on other sites as the clips go viral. This series documents the members of the group as they operate from their Frisco, Texas, headquarters. Cameras follow them as they work with celebrity guests — including singer Luke Bryan and quarterback Aaron Rodgers — and work on their next battle video. The five guys who make up Dude Perfect are twins Coby and Cory, bearded dude Tyler, tall dude Cody and redheaded dude Garrett. Brand new and now available on nicktoons CH 308, Weekdays at 2:55

Keep up with the adventures of Dolly and Dylan and their 97 brothers and sisters, along with mom Delilah and dad Doug in 101 Dalmatian Street on Disney CH 303 at 8pm from 2 Feb-1st March.

Anurag, the most eligible bachelor in town is caught in the crossfire of two marriage proposals: the daring Ragini and the vitreous Shriti. Who will end up as his bride? Ring of Fire premiers Friday 31st January at 6pm on Zee World CH 166 replacing Married Again S2.