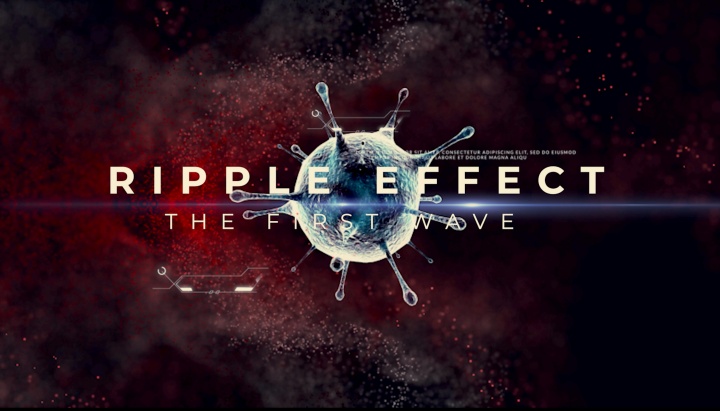 M-Net has acquired the rights to screen the engaging and important international COVID-19 documentary: Ripple Effect: First Wave. This unique doccie was filmed across fourteen countries on five continents and looks at the costly, unknown threat that brought the world to a standstill. Making it available to African television audiences as quickly as possible, M-Net 102 viewers can watch Ripple Effect: First Wave tonight (Wednesday, 13 May) at 5pm. It will also be available on DStv Catch Up after the M-Net 102 broadcast.

Produced in under six weeks, while the production teams were under various forms of lockdowns and social distancing rules, Ripple Effect: First Wave is narrated by UK podcaster Hannah Maguire. As the documentary seeks to address the cause and effect of this unprecedented pandemic, it features the personal stories of COVID-19 victims, survivors, frontline workers, and their families and friends. It also weaves together the voices of the topmost experts from around the globe in various fields such as infectious diseases, viral pathology, world economics, political science, and more. They explain the cause and effect of this virus in simple terms.

Ripple Effect: First Wave is the handiwork of Kevin Fox, Ellen Douglas, Liz Levenson, and Benn Watson and a co-production between Cactus Tree Entertainment and Toronto-based RMI.  It is dedicated to Levenson’s father, Maury Levenson, who died on April 11 from COVID-19.

While Ripple Effect, First Wave takes up the 5pm slot tonight, the tenth and final season of the police drama Hawaii Five-Owill still commence next week (Wednesday 20 May) at 5pm.

Listen UP: The lifestyle podcast by GIJ students, Muyeba & Ed

On Tuesday, August 2, Netflix hosted a “See What’s Next Africa” content showcase in Lagos, Nigeria, to spotlight its increased investment in Africa’s rich storytelling history through exciting new projects in a wide range of genres and formats that will be available in 190 countries. END_OF_DOCUMENT_TOKEN_TO_BE_REPLACED

Religious fanaticism and extremism have plunged countries into chaos and conflict the world over. Countries in West Africa that have been affected include Nigeria, Burkina Faso and Mali among others. END_OF_DOCUMENT_TOKEN_TO_BE_REPLACED

The meteoric rise of the African entertainment industry into a reckoning force within the global entertainment landscape has been accentuated by MTV Base’s tireless commitment to expanding the acceptance of African music, lifestyle, and entertainment across the globe. Over the last two decades, and in recent times, it has affirmed this commitment with various innovative campaigns, the most recent of which is its Musicology series.   END_OF_DOCUMENT_TOKEN_TO_BE_REPLACED