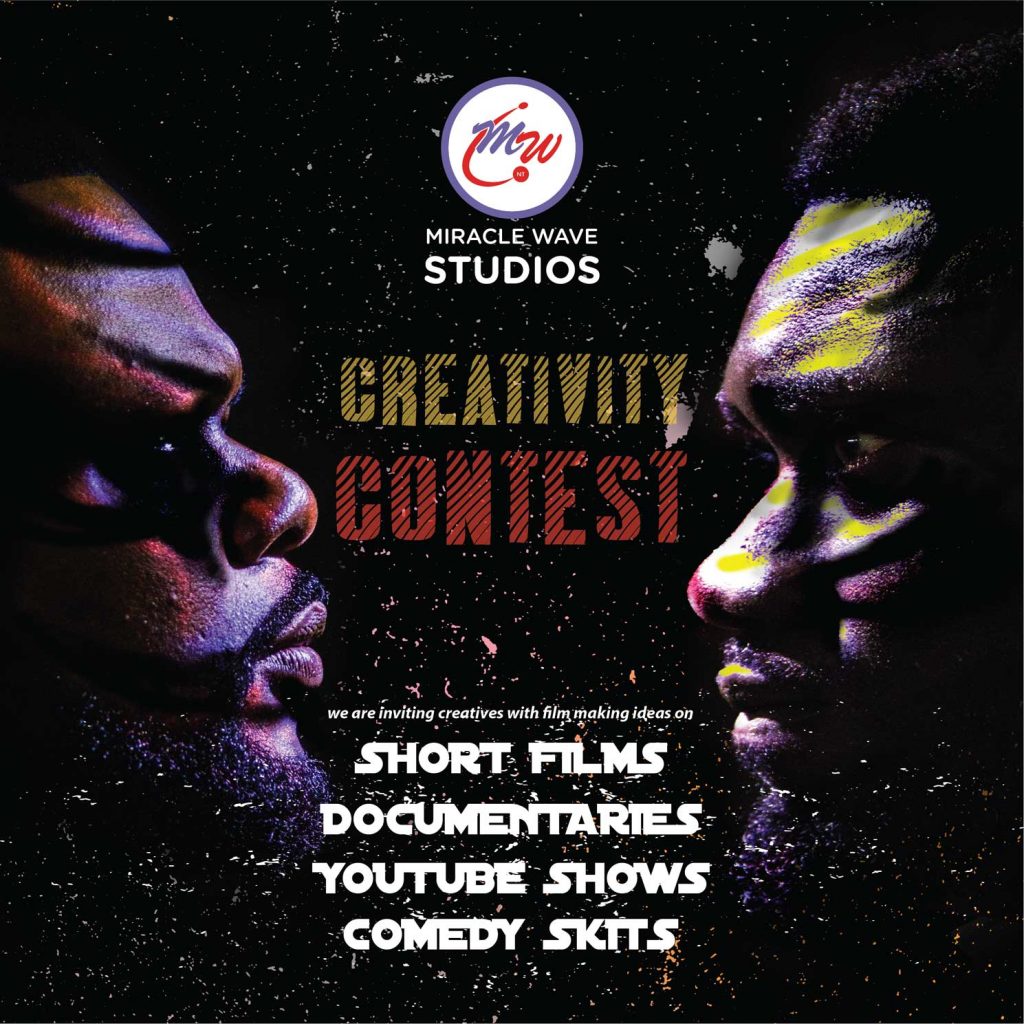 MW-Media, an off-shoot of The Miracle Wave International Limited invites the general public, especially young film-makers and creatives with ideas for short-films, for a collaboration which could lead to partnership(s). This initiative is to help young filmmakers sharpen their skills, build profiles, and enable them prepare adequately for the Film & Television industry.   Film and TV have become major instruments in the socio-economic development of the world. As lucrative businesses, they hinge on the practice of good production values which in turn offers access to world markets. As a development tools, they have become a medium through which activism is carried, cultures are demystified, new ways are encouraged; in essence film and TV are used in influencing and maintaining order in our societies.   Film making is a direct investment and the observance of good production values, remain the genesis of what constitutes awe-inspiring film making. It is based on this backdrop that the film making process is mostly forged by a team of creatives willing to bring an idea to life. It is an attestation that man is influenced more by what he or she sees than any other means of expression, thus making Film & TV communications unavoidable ventures.   This notwithstanding, funding, innovative trends in Film development, and cutting-edge equipment remain a challenge for upcoming film makers, however small they may want to start. This partly so because of the sophistication attached to the current needs of society, which makes entry barriers high for the up and coming film-maker.   Considering an art & talent perspective, one needs to hone their talents by practicing more. Quality! Quality! Quality! Is the way forward. This is the only way to ensure that when the big projects are tabled, an investor would not be skeptical regarding outcome. It is the above regard that many film makers venture into short-films as well as other types of films; this makes it easier to convince potential investors for big projects.   No matter how small a good film is perceived to be, it requires quality(highly-trained) personnel, quality equipment and quality story-lines to attract funding/investment. More often than not upcoming talent’s do not have the luxury of having access to the aforementioned. In Ghana, the 3 Q’s have not been fully explored as a means of realizing filming-making dreams. Thus, the over-reliance on foreign Film & Television content in Ghana’s Media landscape; that is where MW-Media comes in.   MW-Media is a fully equipped and resourced Film, TV, and Music Production house ready to inject its 3-Q’s in empowering upcoming film-makers and content developers. This, we see as a corporate social responsibility and a panacea to ailing industry. Our collaborations are with the intent of creating funding avenues, by proving the capabilities of independent film makers to potential funders. We also seek to project the works of film makers to the world through film festivals and serialized television shows as partners.   We are therefore inviting creatives with film making idea’s centered on the following;

Month of Love? 6 Reasons To Hate February… a guest blog!