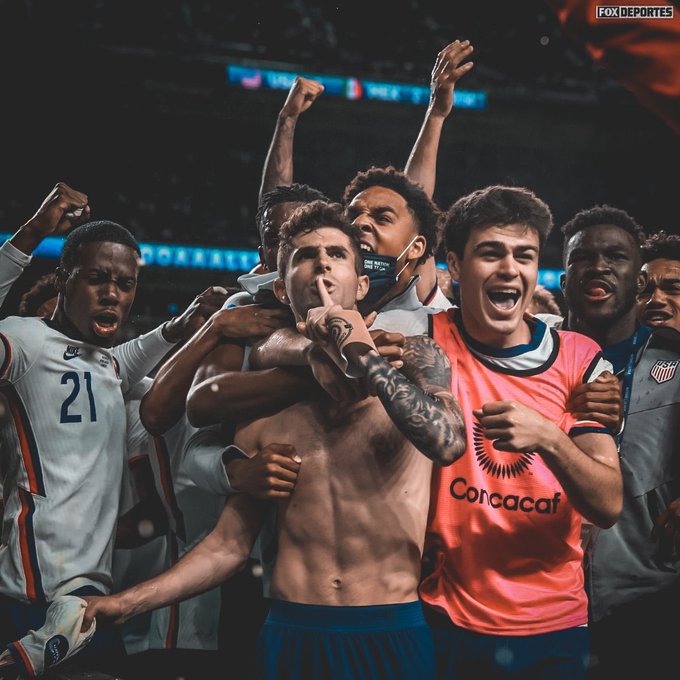 he US men’s national football team won the 2021 CONCACAF Nations League after a thrilling 3-2 extra-time victory over Mexico on Sunday.

Mexico got an early lead in the final in Colorado with Jesus Corona in the second minute.

US midfielder Giovanni Reyna, however, leveled the game in the 27th minute, 1-1.

In the second half, Mexico took the lead once again as Diego Lainez scored in the 79th minute, 2-1.

But their hopes faded after US midfielder Weston McKennie’s header. His goal in the 82nd minute took the match to extra time, 2-2.

Encouraged after the equalizer, the US came back with an extra time penalty kick successfully converted by the team captain Christian Pulisic, 3-2.

Mexico were awarded a penalty for a handball in US area near the end of the match. Midfielder Andres Guardado took the penalty but it was saved by US goalie Ethan Horvath in the 124th minute.

The US clinched the CONCACAF Nations League, their first trophy since the 2017 CONCACAF Gold Cup.

CONCACAF (North, Central American and Caribbean Football Confederation) is one of FIFA’s six continental governing bodies, and the US national team is its member.