Brazilian World Cup-winning legend Ronaldo was pictured on a massive yacht off the coast of Ibiza with some close friends and family this week.

The 2002 World Cup winner, 45, sported a big belly as he cozied up to stunning model girlfriend Celina Locks, 32. 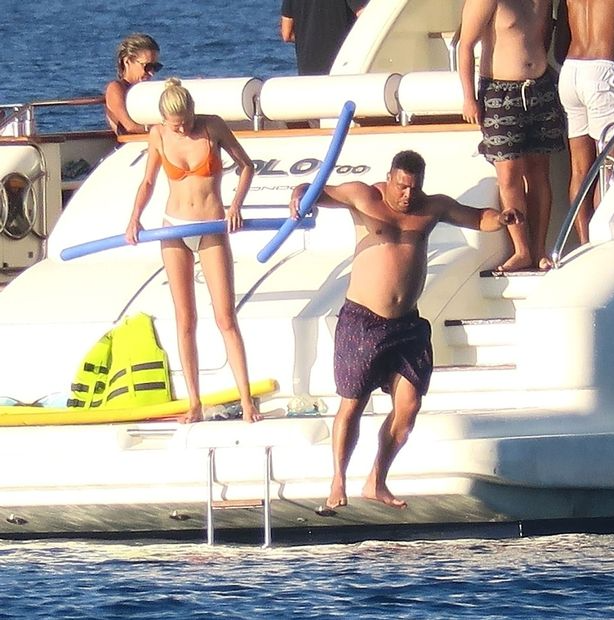 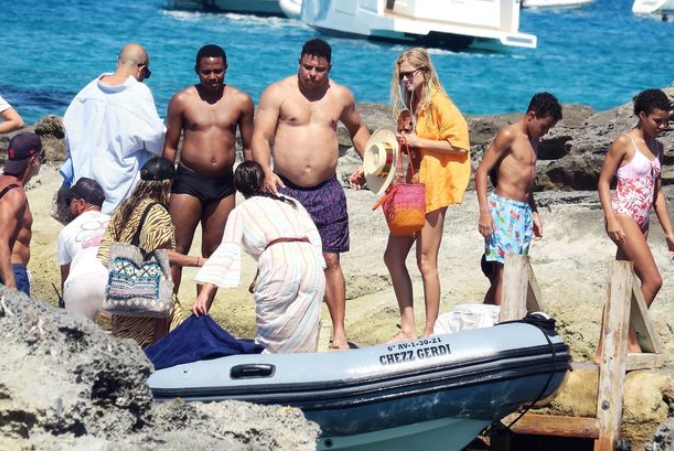 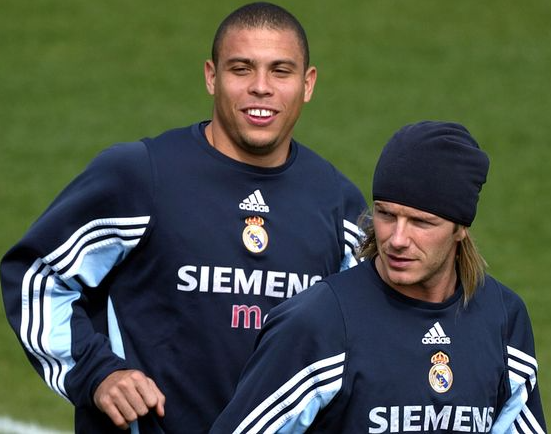 Throwback of Ronaldo and David Beckham

Ronaldo Luís Nazário de Lima is also a business owner, president of La Liga club Real Valladolid, owner of Brasileiro Série B club Cruzeiro and a retired professional footballer who played as a striker. Popularly dubbed O Fenômeno (‘The Phenomenon’) and also nicknamed R9, he is widely considered as one of the greatest players of all time.

As a multi-functional striker who brought a new dimension to the position, Ronaldo has been the influence for a generation of strikers that have followed. His individual accolades include being named FIFA World Player of the Year three times and winning two Ballon d’Or awards.

Ronaldo started his career at Cruzeiro and moved to PSV in 1994. He joined Barcelona in 1996 for a then world record transfer fee and at 20 years old, he was named the 1996 FIFA World Player of the Year, making him the youngest recipient of the award. In 1997, Inter Milan broke the world record fee to sign Ronaldo, making him the first player since Diego Maradona to break the world transfer record twice.

At 21, he received the 1997 Ballon d’Or and remains the youngest recipient of the award. By the age of 23, Ronaldo had scored over 200 goals for club and country. However, after a series of knee injuries and recuperation, he was inactive for almost three years. Ronaldo joined Real Madrid in 2002 and won the 2002–03 La Liga title. He had spells at AC Milan and Corinthians before retiring in 2011, having suffered further injuries.

American rapper, Fish Scales is fortunate to be alive after he was shot, robbed and kidnapped outside an Atlanta brewery he co-owns. END_OF_DOCUMENT_TOKEN_TO_BE_REPLACED

19-year-old Florida rapper Smokingskul has just shared his new single and video “Nina”. Smokingskul is at the helm of a new era of plugg music known as “dark plugg”which substitutes the ethereal sounds of “plugg” with more tonal melodies that are accentuated by distorted percussion, producing a grimey, DIY sound. END_OF_DOCUMENT_TOKEN_TO_BE_REPLACED

Drake officially has more slaps than The Beatles. END_OF_DOCUMENT_TOKEN_TO_BE_REPLACED

Swizz Beatz and Timbaland have filed a lawsuit against Triller, claiming the company still owes them $28 million for the sale of their Verzuz series. END_OF_DOCUMENT_TOKEN_TO_BE_REPLACED