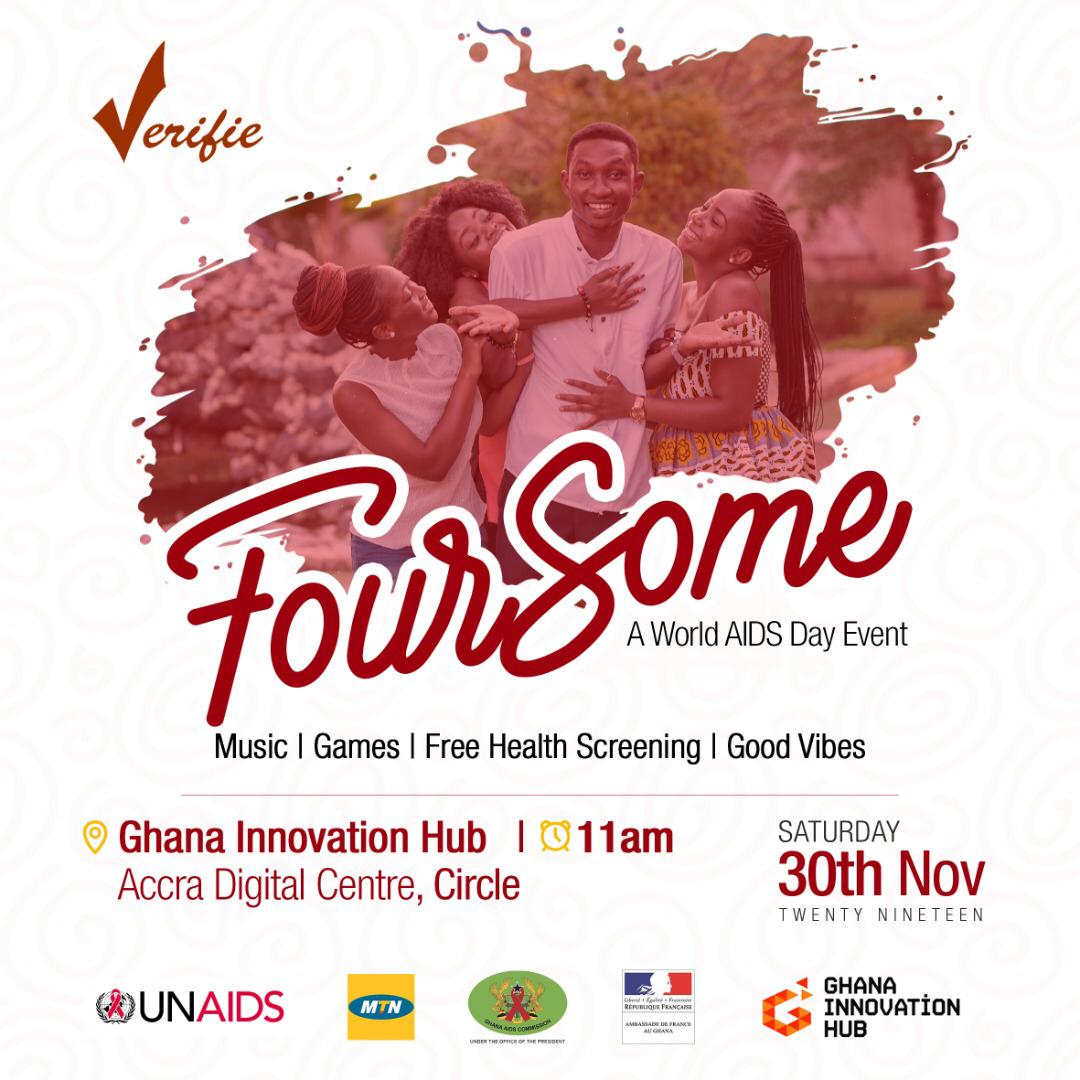 December 1 marks World AIDS Day. A day of worldwide solidarity to unite in the fight against HIV. With a new set of global targets for 2030, it is more important than ever to galvanize support around this day with an eye towards the future: envisioning the world we want to have in the next 10 years.

Verifie, the Ghana AIDS Commission and UNAIDS Ghana will observe World AIDS Day on Saturday 30th
November at an event dubbed FOURSOME, which will bring together four main communities (students,
media, corporations and entrepreneurs) to raise awareness about STIs and HIV, and the elimination of
sigma. This year’s theme for World AIDS Day is “Communities make the difference”; “Help End AIDS”.

While mother-to-child transmission of HIV has been nearly eliminated from industrialized countries, progress has been slower in many African countries. Nearly 1.3 million cases of HIV have been averted as a result of the scale-up of programs to prevent mother-to-child-transmission of HIV. However, less than 50% of exposed infants under two months of age are tested for HIV.

Join us to spread the word about the continued fight against AIDS using #EveryNewborn, #HIVprevention and #WorldAIDSDay.