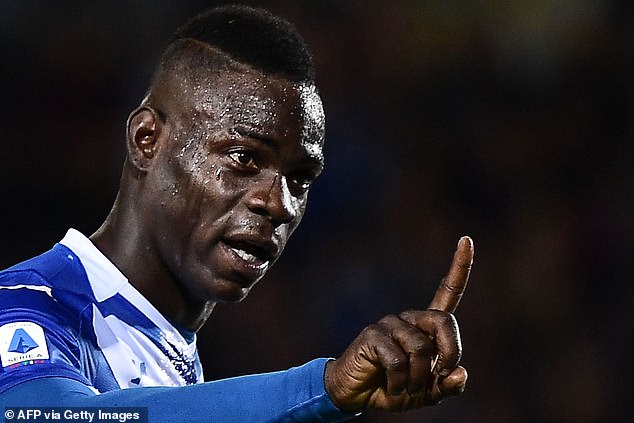 The head of a Hellas Verona ultras supporters group who racially abused Brescia forward Mario Balotelli has been handed an 11-year ban by the Serie A club.

The former Manchester City and Liverpool striker kicked the ball towards opposition fans during the 2-1 defeat in the Italian top-flight clash on Sunday after being racially targeted by home supporters.

The referee briefly halted the game early in the second half while an announcement was played over the PA system threatening to suspend the clash unless the chanting stopped.

In a club statement, Verona confirmed the supporter in question, Luca Castellini, was given a ban until “June 30, 2030.”

In an interview on Monday, the supporter said: “Balotelli is Italian because he has Italian citizenship, but he can never be completely Italian.”

Meanwhile, Verona manager Ivan Juric claimed after the game he did not hear any racist chanting coming from home supporters.

Balotelli, 29, scored for Brescia in the 85th minute during the 2-1 defeat.

Las Vegas gets its own hip-hop music festival! #DayNVegas2019